James leave Facebook’s Creative Shop to head up The Kitchen 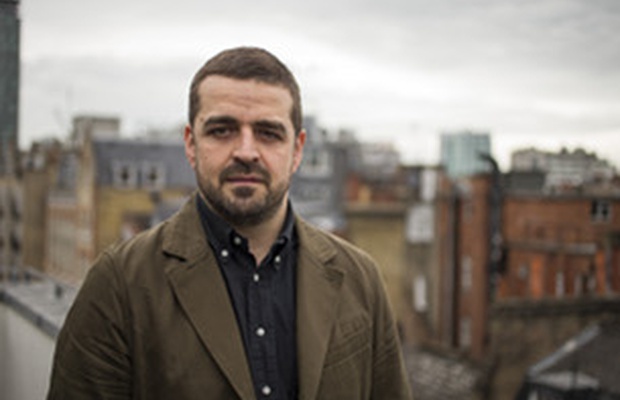 CHI&Partners has joined forces with Williams Lea Tag to launch its own state-of-the-art, integrated production company, The Kitchen – bringing in James Miller from Facebook to head up the operation.
Miller has spent the past two years heading up the EMEA production outfit for Facebook’s Creative Shop, where he worked at the cutting edge of new creative technology – experimenting with new formats including virtual reality, augmented reality and artificial intelligence, becoming expert in creating mobile-first content, and making famous work such as Tommy Hilfiger’s ‘TommyXGigi’ chatbot in partnership with Gigi Hadid.
He will join in June, working with CHI&Partners’ Chief Executive Sarah Golding and Joint ECDs Micky Tudor and Yan Elliott, as well as The&Partnership’s whole portfolio of agencies and clients, to launch The Kitchen. The Kitchen will aim to represent a new, faster, more flexible and more relevant production model for today’s fast-moving media landscape – bringing new efficiency, scaleability and creative consistency to clients’ end-to-end content creation across all channels.
Miller’s and CHI&Partners’ shared vision is to make The Kitchen an “uncompromising centre of excellence” – bringing together talent spanning film production, mobile-first content production, publishing, design, live and 360° video, augmented reality, virtual reality and artificial intelligence, in order to drive real innovation and disruption for existing and new clients.
The Kitchen will serve the production needs of The&Partnership’s whole portfolio of agencies and clients, including content shop AllTogetherNow, media planning and buying agency m/SIX, PR agency Halpern and experiential agency Muster as well as CHI&Partners – whose clients include Toyota, Lexus, Argos, British Gas, TalkTalk, Travelodge, McVitie’s, Godiva, RNIB and The Prince’s Trust.
Among its first projects will be leading the charge on Toyota’s pan-European content, creative and design production, after The&Partnership was appointed to handle the manufacturer’s £240m creative and media business last November. Miller will also work on Toyota’s luxury marque Lexus, creating new stand-out work to follow in the footsteps of CHI&Partners’ headline-grabbing Lexus Hoverboard Project – which saw it named Digital Agency of the Year at Campaign BIG and the UK’s most-awarded independent creative agency at Cannes last year.
Sarah Golding, Chief Executive of CHIPartners, said: “James brings with him an outstanding CV, huge talent and real passion for pushing boundaries – we’re delighted to bring him on board. As The&Partnership continues in its mission to pioneer the marketing model of the future, James and The Kitchen will help us set new standards in production, bringing creative tech to the heart of what we do and building CHI&Partners’ reputation as a centre for creative excellence across all channels.”
Miller, who will be Head of Integrated Production at The Kitchen, said: “CHI&Partners and The&Partnership share my restlessness, hunger to keep learning and passion for experimenting with new ways of working. They have an unrivalled understanding of the pressures marketers face in today’s fast-changing media environment – and together I feel we can unlock huge creative potential and make unexpected, bold work for all our clients, existing and new. I can’t wait to get started.”
Miller has worked with brands including Jaguar, Land Rover, Tommy Hilfiger, Stella Artois, Heineken, EE and The United Nations High Commissioner for Refugees, and across agencies including Mother, Leo Burnett, Brooklyn Brothers and Publicis. Before Facebook, particular highlights in his career include pioneering the “de-coupled” production model for Land Rover and Range Rover, creating stand-out work such as #Hibernot for Land Rover, ‘Born Free’ for Land Rover Discovery, ‘On Days Like These’ for Range Rover and ‘To The Top’ for Range Rover Sport.

Little Girl Shows off Her Swagger in NatWest MoneySense Campaign