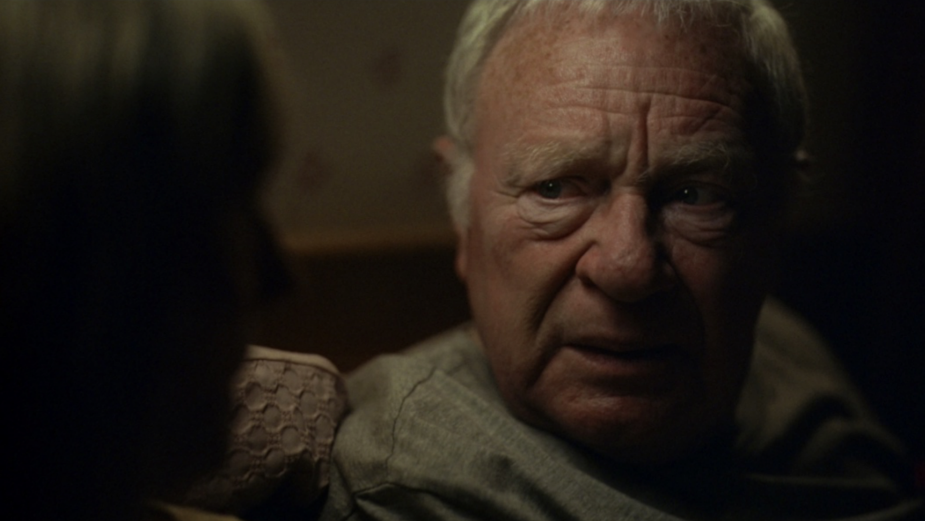 Today New Commercial Arts, with charity client Alzheimer’s Society, launch a new integrated awareness campaign, across Cinema, TV, Social & OOH. 'It's Not Called Getting Old' raises awareness of dementia symptoms and encourages people across the country to seek a dementia diagnosis if they are concerned.

The campaign launches at the beginning of Dementia Action Week, the charity's biggest and longest-running awareness campaign which encourages people to ‘act on dementia’.

In the film, directed by Billy Boyd Cape, we watch a man in his mid-seventies come to the realisation that the seemingly normal behaviour traits of his wife, are actually the signs of something being seriously wrong.

Consulting leading clinicians throughout the process, the campaign creative dramatises the symptoms of repetitive questioning and memory loss which can be signs of dementia but are often dismissed as signs of ageing.

The emotive spot will run alongside a wider media and marketing campaign which tells people that asking the same question over and over again is not called getting old, it’s called getting ill – and could be a sign of dementia.

A call to action then directs anyone with concerns about themselves or a loved one to Alzheimer’s Society for guidance and support.

The 90 second edit of the campaign is launching on ITV on the 16th of May during ITV's Lorraine at 9:10am and will also be running in Cinema and on Social.

OOH will be seen across some of the biggest advertising spaces across the UK. Chris Gottlieb, director of marketing and communications at Alzheimer’s Society, said: "Sadly, many people put off seeking a dementia diagnosis because they think memory loss is a normal part of ageing, or are even in denial. Yet our research shows that it's better to know - nine in 10 people with dementia said they have benefitted from being diagnosed as it opens up the door to treatment, support and better planning for the future.

We're delighted to have worked with people with dementia and NCA to bring this message to life through an emotive film capturing a couple at the beginning of their dementia journey, the point in time when they realise something isn't right. In just a short snapshot the creative portrays the fluctuating emotions many other families will be experiencing across the country; we want people to identify with it and make the first step towards diagnosis and support."

Ian Heartfield, executive creative director, NCA said: “Repeating yourself is a behaviour that often gets brushed aside as being ‘just part of old age’. When we discovered that it could be a sign of dementia, it was a fact too powerful to ignore.”