The company, which began as a digital sticker business, enlisted the design and branding company for a complete rebrand 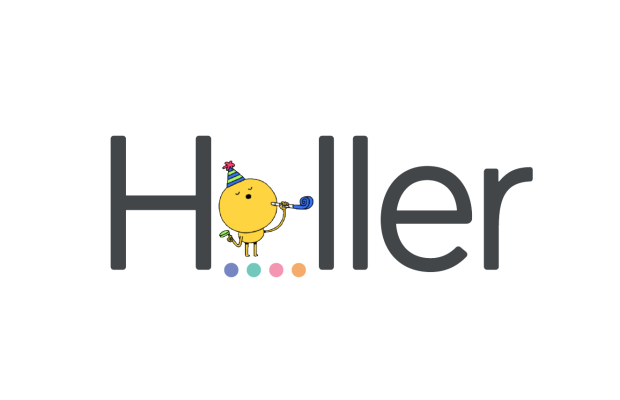 The company formerly known as Emogi, founded in 2015 by CEO Travis Montague, began as a sticker business – digital animated images sent in messaging apps to enrich conversations through moving images. Four years later, as messaging platforms have continued to evolve at a rapid pace thanks to smarter technology and new verticals, Emogi saw the opportunity to move beyond GIFs, stickers and smiley faces to expand its offering, evolving into a consumer-centric brand that employs AI to deliver useful, entertaining and emotive visual content to messaging environments across digital platforms based on people’s real-time conversations. The first step – a complete rebrand. The company enlisted Brooklyn-based design and branding company, Dear Future, to create a new name, identity and positioning for its brand that would position them to transform the largely untapped messaging space in an entirely new way. 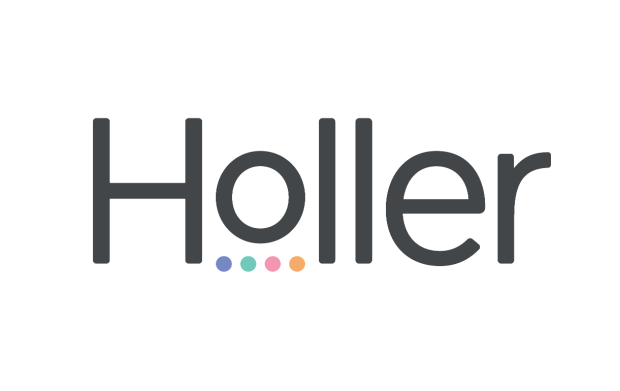 Enter Holler, the on-demand service of expressive and entertaining tools that integrates into top messaging platforms and keyboards to deliver relevant content exactly when you need it, within the apps your already know and love. Dear Future was tasked with creating a scalable brand system workable from product interface through to large scale brand application that had the ability and depth to transform the conversation space, while connecting with people of all ages on a global scale. After all expression is for everyone, so the brand needed to be as well.

“The new Holler brand had to represent not just where messaging is today, but also where it’s headed. That meant a new identity that was dynamic, responsive, contemporary and as capable of working within the confines of a messaging app as it was in an OOH ad,” said Matt Kandela, co-founder and CEO of Dear Future.
And with messaging as the most-used feature on digital devices today, and fundamental to the UX within dating, chat, productivity and gaming apps, Holler believes they can now move forward to help advertisers, marketers and platform developers innovate in entirely new ways within these largely untapped messaging environments. 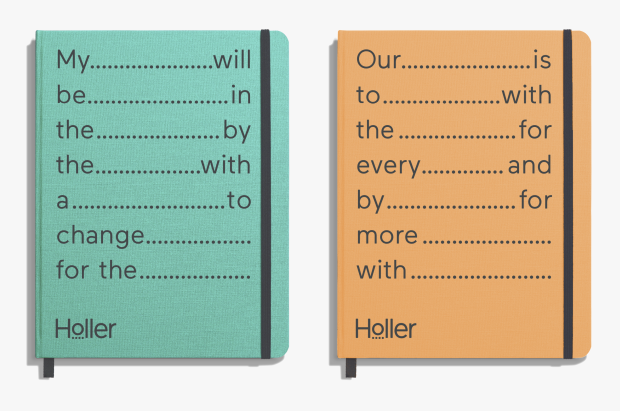 In fact the rebrand has already spawned one major partnership – an integration with the world’s largest dating app, Badoo, which brings Holler’s animated content to over 431 million users worldwide. Badoo is looking to Holler’s emotion-focused visual content and intelligent search and recommendation tools to help its users have more meaningful and vibrant conversations within the dating app, which will in turn lead to better real-life connections.

“Given the massive opportunity that exists within messaging, it was the right time to take a fresh look at our brand and make it better align with our expanded vision,” said Travis Montaque, CEO of Holler. “We want to be thoughtful about how to build an ecosystem around messaging – to help people better express themselves and enrich their conversations and to help brands reach consumers where they are with fun and sophisticated animated content. We’re very excited to build on the success of Emogi and share our Holler vision with the world.”

In addition to the recent deal with Badoo, Holler claims to already deliver up to 170 million content recommendations each day within the other platforms it’s already integrated into across multiple industries, among them Twitch, Plenty of Fish, iMessage and Kika. The growing AI research team at Holler hopes to accelerate this expansion over the coming months by continuing to make progress on better understanding intent and emotion within conversations.