The animal-loving animator and director tells LBB’s Laura Swinton about making 'Tomorrow's On Fire', his animated response to the Australian bushfires 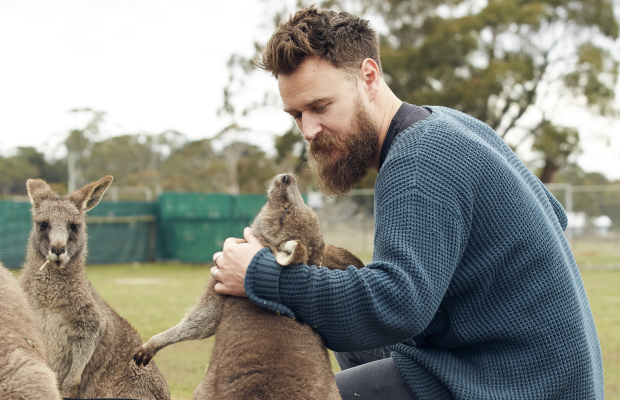 “When I was growing up, summer was a wonderful time. Jump in the creek, swing on the Tarzan swings, head down the beach. I think, nationwide, there’s a sense of anxiety around it. Summer is not the fun time it once was.”
The ferocious Australian bushfires that have devoured over 12 million acres, killed 24 people and 1.25 billion animals have captured the world’s imagination. But years of summer drought and extreme heat means that locals have been straining to keep a lid on wildfires and their own anxiety for years. These days, summer means being ready to grab your stuff and flee at a moment’s notice.
Darcy Prendergast is an Australian director (part of Oh Yeah Wow, repped in Europe by Birth and in Australia by Passion Pictures) who has channelled his own grief and frustration into a short film that has been shared around the world and seen over 80,000 times in a week. He was moved to make the film after watching a particularly harrowing news segment.

Tomorrow's On Fire from Oh Yeah Wow on Vimeo.

“I was at Mum and Dad’s house and we were watching a news segment about how one of our most important koala populations was being decimated. I was on the verge of tears, doing a pretty bad job of choking them back. I had to go to my old room and have a moment to myself. I ended up staying there for an hour and a half and I wrote the poem there and then,” he recalls.
The images of the maimed and dead animals had been too much for Darcy. Growing up with a zoo-keeper father, as a child he became accustomed to seeing wombats racing down his hallway or possums snuggled up on top of the warm, vibrating washing machine. “Any suffering to animals is my Achilles heel,” he says.
When he shared his poem with his mother – a woman he describes as being usually ‘frugal’ with praise – she told him the film was too important not to make.
What followed was seven and a half weeks of intense, 18-hour days as Darcy busied himself with the film. He initially thought of animating hand drawn charcoal drawings on scraps of paper using stop-motion but he soon realised that he wouldn’t be able to finish it in time working alone. Instead a 2D digital animation also allowed him to use an on-theme palette of burnt reds and oranges and a stark, eye-catching graphic style.
The film is narrated by a child, the son of his friend, who he said had the perfect blend of character and innocence. “The rationale of having him narrate it was that it was a voice of the future and, perhaps, someone who would be more affected than me,” he says. “I was aware that I didn’t want him to be to heavy handed or didactic or to break down – so I got him to deliver it in a fairly dry, poetic manner. I didn’t want anyone to feel like they were being to manipulated emotionally.”
‘Tomorrow’s On Fire’ is a film that both is and isn’t political. Confronted with the reality of the bushfires, millions of ordinary people are experiencing some of the most dramatic consequences drought and climate change. It’s not a ‘left’ or ‘right’ issue as most voters believe that Australia isn’t doing enough to fight climate change. There’s also been frustration at the ruling class, who turned down international assistance early on and who have a vested interest in protecting polluting industries. PM Scott Morrison even brought a lump of coal to parliament once, urging Aussies not to be afraid of coal - and Darcy alludes to that in the film. These days he's better known for evading the issue by scuttling off to Hawaii during the height of the bushfire crisis. 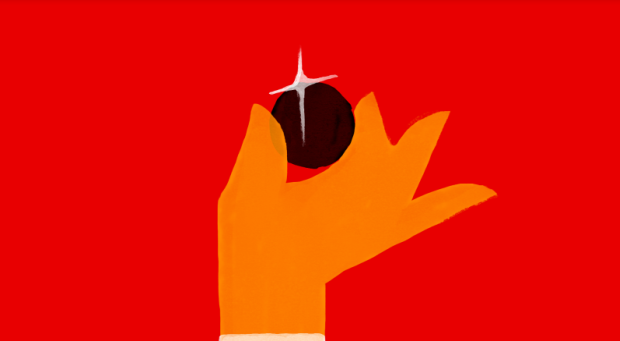 “It’s not about politics, it’s about the reality of what’s happening. You can deny it all you like, but there are political parties in Australia entirely propped up by the mining sector. You’ve just got to peer behind the curtain a little bit to see there’s a reason that they were slow to act,” says Darcy. “That time is coming to an end, but we need it to end quicker than it is.”
But as much as the film is a rallying call, a drive to raise funds for the relief effort and hold political and business leaders to account, it’s also deeply, deeply personal. “It was entirely me processing it. As much as I wanted it to be universal sense of malaise and hopelessness at the same time it was entirely selfish to create this piece as it was a way for me to process my grief. But it was a way of me using my skillsets – I don’t have any fire-fighting skills to speak of.”
Darcy’s aforementioned love of animals also means he’ll be helping out in other ways. Darcy has been helping a local animal shelter for the past year. It takes in orphaned kangaroos and other native animals. He will soon be moving closer to the shelter and anticipates that there will be a lot to do. 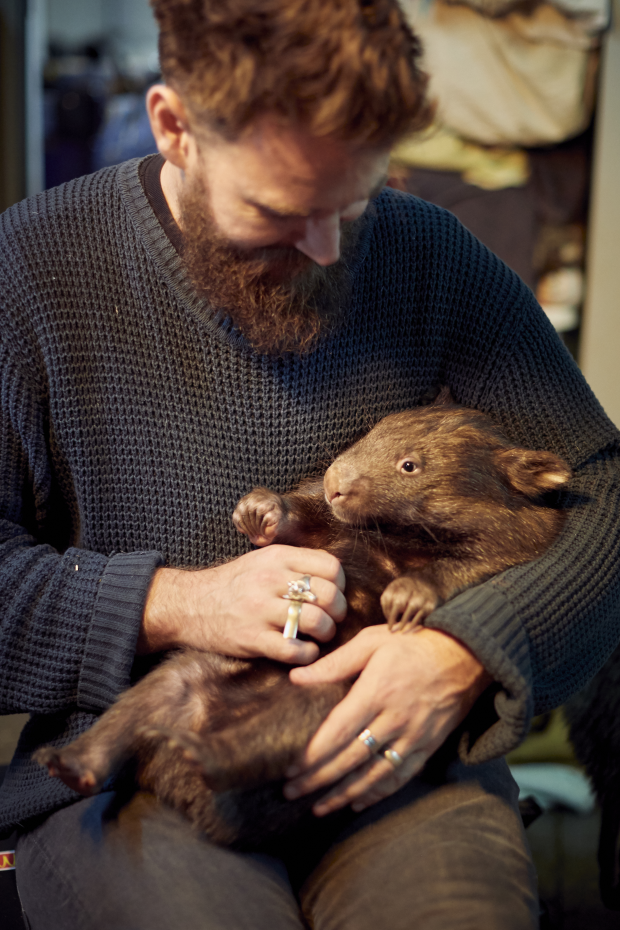 Since putting out the film, he’s been heartened and humbled to hear from other artists who have been inspired to follow his lead and put their skills to use.
“That’s most important thing. There are so many of us who feel helpless. I was feeling incredibly helpless and almost like there’s no point even trying to do something. Can we really impact the system in place now? Are we too far gone? Well I’m not going to go down without a fight. I’m going to try and say something, try and make a rallying cry,” says Darcy.
“It’s ok to feel knocked down or be knocked down but there’s a real cost to staying on the canvas. If we don’t collectively get back up to fight, then we just let these bastards win.”
Please help support injured Australian wildlife, by making a donation to: wildlifevictoria.org.au/coopersanimalrefuge.com.au/donate