Sohonet on keeping projects on track 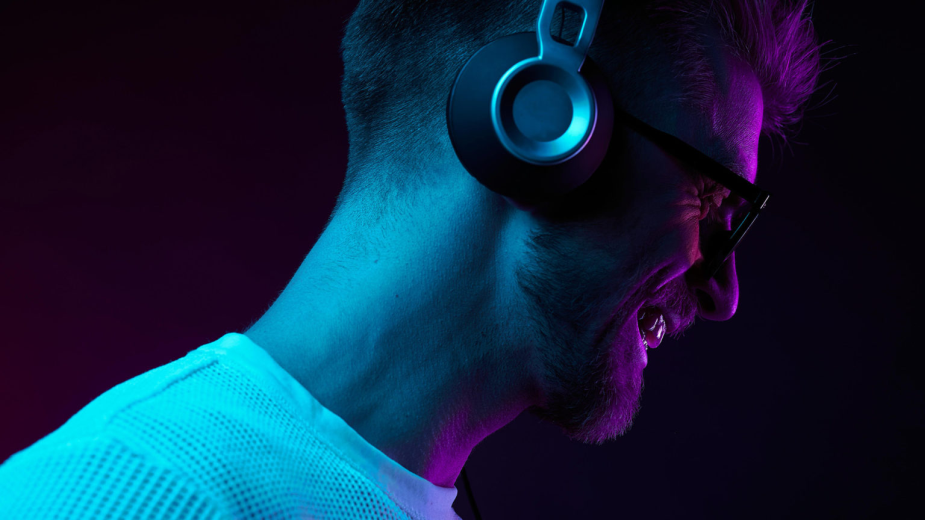 While in some cases, the sound production process can work with sound artists operating independently, it requires constant input from others. “It’s a big collaborative effort,” says sound supervisor Nina Hearthstone (Gravity, Bohemian Rhapsody). “Sometimes you need to work fast, other times in a more detailed way, as and when required. You also can’t get too precious about the work, because until you get into the mix and hear everything together, it can be hard to judge how a scene should ultimately play out.”

The ability to collaborate is essential, Hearthstone remarks, not just with other heads of departments, but within the sound team itself, which can be quite large, involving sound designers, Foley artists, editors, composers and mixers.

But in a world of remote working – initiated by the pandemic, and increasingly enforced by financial and environmental concerns – getting multiple people in the same mixing room at the same time can be a logistical nightmare.

That’s where ClearView Flex comes in. Sohonet’s Emmy award-winning platform provides artists with the ability to stream live, encrypted audio in 5.1 surround sound with sub-100ms of latency. You can stream from any source – such as Avid Pro Tools, for example – via HDMI or SDI to tablets, phones, laptops or Apple TV, with support for up to 30 viewers

Remote working is nothing new

“We already had an amazing workflow for remote approvals when the pandemic started,” says Karol Urban (For All Mankind, Outlander), acclaimed re-recording mixer at Westwind Media in Burbank. “It was just a matter of taking the workflow we’d used so successfully over a number of seasons for one client and offering it to everyone. ClearView Flex has been absolutely fantastic.”

She explains how, while mixing the TV shows New Girl and Single Parents, the executives preferred to do their approvals remotely, saving time travelling from the Fox lot to Burbank. “Ultimately, we secured a ClearView Flex system, and our engineering staff at Westwind crafted a superb workflow that allows us to stream high-quality video and audio to up to 30 users simultaneously.

“We were using a different service previously,” she adds, “but the satisfaction and reliability went through the roof when we went with ClearView Flex.”

In order to reduce the amount of time spent in the studio, Urban had been pre-dubbing at home. She describes her setup, which is highly calibrated and Dolby Atmos capable: “I have temperature regulating isolation racks for all my gear, an AVID S3 and Dock, JBLs and a full complement of plugins, but it’s not a dub stage. My room at Westwind is so beautifully balanced. It was natively constructed to be THX compliant and is currently Dolby Atmos certified.”

When clients could no longer go into the studio and were instead working remotely from home, the platform really proved its mettle. “ClearView Flex [was] a great solution,” declares Urban. “I’ve never had a complaint about [the] quality of sound or picture. I know it’s key to our workflow moving forward. I’m excited about it… It is currently an essential element to our success.”

Kelly Cole, sound mixer, supervisor and president of Sharpe Sound in Vancouver, has spent much of the last few years working on the TV series Snowpiercer. The first season was post-produced under fairly typical conditions, but the second fell foul of the pandemic.

Initially the studio had been using Streambox to stream live Dolby Atmos mixes from the stage directly to studio production teams in LA. However, once lockdown hit, they needed a way of playing their mixes to anyone, anywhere.

Cole explains how he’d been aware of ClearView Flex, and was a long-time friend of Rick Cederlund who represents Sohonet in the Vancouver area. Once everyone was forced to work from home, they approached Rick in order to get ClearView Flex into the facility.

“It turned out that one of our clients already had a ClearView box,” says Cole, “and we used that as a test run to see if it would suit our needs. It certainly did. We quickly realised this is something we were going to use all the time.”

“We leaned heavily into ClearView Flex to keep everyone connected and to help us deal with the typical day-to-day operational running of the series,” he adds. “Because ClearView was so successful and proved so easy to use, it became our established way of working through COVID. Our executive producers, associate producers and lead picture editor for Snowpiercer all felt very comfortable and at ease using ClearView to work remotely.”

From pre-production to finishing, explore remote collaboration use cases

Although impressed with ClearView Flex, Cole confides that the show that really convinced him was the Disney Channel’s movie Upside-Down Magic. “The film’s director, Joe Nussbaum, wanted to be hands-on at the stage,” explains Cole. “He really wanted to be with us. Thanks to ClearView Flex, he was virtually live through the entire eight-day mix in which we used a combination of ClearView for live playback and Slack for communication. Bill Mellow [senior re-recording mixer/supervising sound editor] and I had iPads on our consoles with a live stream of text via Slack while Joe was on ClearView texting notes to us while we were mixing.”

Cole asserts that the key to a good workflow is to use ClearView Flex as the bedrock and work everything around it. “You’re getting a very consistent stream that everyone can look at,” he says. “A typical mix can have up to ten people watching, and I just have my laptop with me so I can invite or deselect people as they are needed, or if someone loses a connection, I just send a link to them. This allows everyone to be as involved as they want to be.” 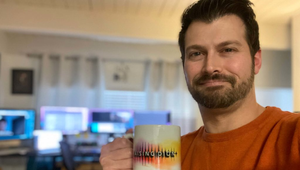 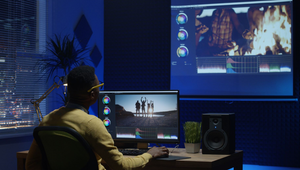 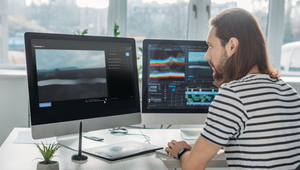 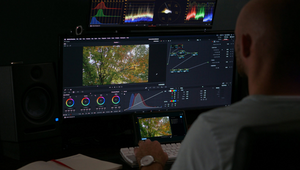