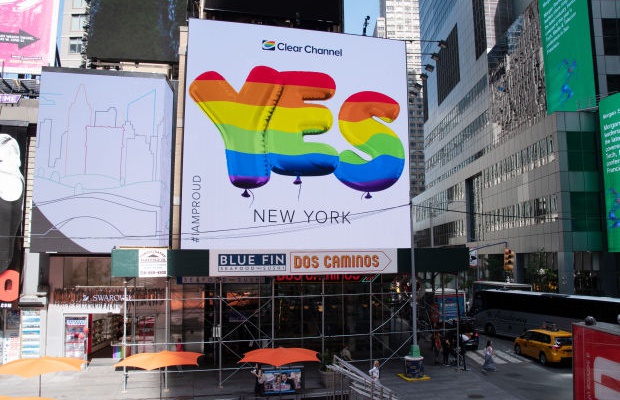 Clear Channel Outdoor Holdings has today announced it is partnering with streaming service provider Spotify in a new campaign, ‘Clear Channel X Spotify Pride 2019,’ to support those celebrating the LGBTQ+ movement during Pride across the UK, Europe and the US.
Over the next three months, Clear Channel will donate the space of its digital billboards and street furniture screens to display a simple, bold message, ‘Yes’, accompanied by the famous rainbow colours of the Pride flag. Consumers walking pass the digital screens will also be directed to a Spotify playlist specifically curated to celebrate the movement, aiming to bring people together through the power of music.
The campaign is a continuation of Clear Channel’s UK partnership with Spotify around Pride, which saw the two industry leaders take over the streets of London last year through #PrideMatters. Following the success of the 2018 campaign, the pair have come back to support the LGBTQ+ community again, but on a bigger and bolder global stage. The campaign is a fully employee-led initiative, with the creative developed in-house at Clear Channel UK.
Justin Cochrane, CEO of Europe, Clear Channel International said: “This campaign showcases the power of out of home – bringing people together, raising awareness of the things that matter to our people and celebrating a great movement. We are hugely proud of the work we have done to support the LGBTQ+ community so far and our work with Spotify hopes to add even more excitement to what is already a very exciting time for the UK and Europe.” 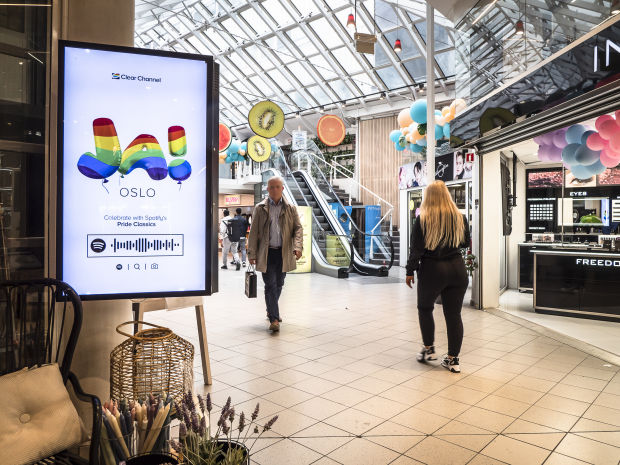 The campaign comes as Clear Channel set itself the goal of leading in fairness in media last year and builds on its commitment to use the reach of its panels and billboards worldwide to raise awareness of social issues and give a voice to cultural movements.
Recent examples include Clear Channel Sweden’s ‘Out of Home Project’, which raised awareness of homelessness in Stockholm and directed the homeless to emergency shelters, Clear Channel UK’s partnership with FGUK Magazine to support Black History Month last year, and Clear Channel International’s upcoming partnership with Portrait of Humanity to celebrate community in a time of increased division. 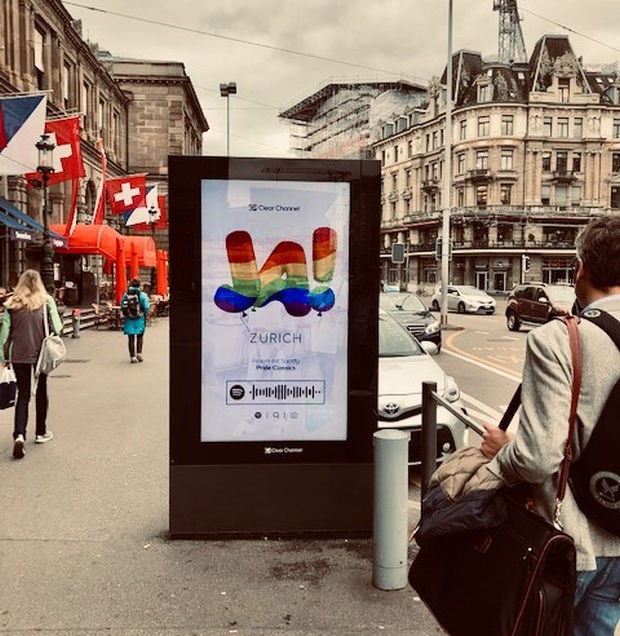 Olga Puzanova, marketing director for Spotify UK said: “We’re delighted to be working in partnership with Clear Channel on this campaign to celebrate Pride. LGBTQ+ inclusion, equality and support is at the heart of what we do and creating a destination for all music lovers is integral to this. We hope everyone enjoys our Pride Classics playlist and of course the iconic parade, events and performances this Pride season.”
Clear Channel X Spotify Pride 2019 will run for three months between June and August across 15 cities in 9 countries. It will take over Clear Channel’s digital panels in the run up, during, and after each individual city’s Pride parade, and on panels within the area of the events.