Awards and Events 0 Add to collection 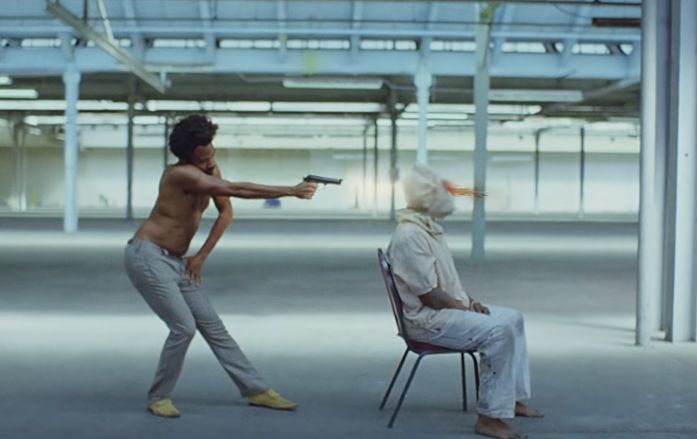 Glover’s headline-grabbing This Is America video released under his pseudonym, Childish Gambino, was recognised by industry peers as the Video of the Year, as well as the best International Urban Video. It also won DoP Larkin Seiple the award for Best Cinematography in a Video.

Florence + The Machine and Sevdaliza also picked up multiple awards: director Autumn de Wilde collected the awards for Best UK Rock Video and Best Choreography in a Video for Florence + the Machine’s Big God, while Sevdaliza’s Shahmaran, an epic tale of desire and oppression, was honoured in the Best Visual Effects category as well as winning the Best UK Alternative Video award for Ghanaian director Emmanuel Adjei.

This year’s Best Director award went to Barcelona-based directing collective, CANADA, for their work over the past 12 months, primarily with critically-acclaimed Spanish artist, Rosalía. The video for her single Malamente also won the collective the Best International Pop Video award, while French artists and directing duo, The Blaze won their third successive UKMVA for an international video, this time for Queens which triumphed in the Best International Dance Video category.

The Best Production Company award, handed out for only the second time at the UKMVAs, was won by Somesuch. The London-based production company was honoured for its outstanding output of music videos over the past year, for artists including Chaka Khan, Florence, Stormzy and King Krule.

The Best Artist award went to Young Fathers for their body of music video work in the past year, including the videos In My View, Toy and Holy Ghost, the latter made with last year’s Best Director winner, Oscar Hudson. Ally Massaquoi from the band was on hand to collect their award.

In one of the most touching moments at last night’s ceremony, UK industry stalwart Carrie Sutton was presented with the Outstanding Achievement Award. Only the 4th person to be honoured with the award in the UKMVAs history, and the first female winner, Sutton has worked as a commissioner, producer, and director’s rep for more than 20 years, with artists including U2, Supergrass, Blur, Noel Gallagher, Snow Patrol, Goldfrapp and Take That, but most notably with Robbie Williams throughout his solo career. She was honoured with messages from industry peers and artists.

This year’s UKMVAs also saw some new British talent taking to the stage to collect awards. Directing duo Zhang + Knight (Hannah Palumbo and Linden Feng), who had picked up multiple nominations, were presented with the Best New Director award. Meanwhile, Duncan Loudon and Will Hooper were honoured in the Newcomer categories for their work with Flohio and Idles, and Olivia Rose picked up the Best UK Urban Video award for her video for Jorja Smith’s Blue Lights.

alt-J continued their run of success at the UKMVAs with another win, this time for the video Pleader in the Best Alternative UK Video category, accepted via video message by the LA-based director Isaiah Seret. It was also a case of second year running for Dua Lipa and director Henry Scholfield who triumphed once again in the UK Pop category, this time with IDGAF. Jon Hopkins was rewarded for his double nomination in the Best UK Dance Video category with a win for Singularity, directed by Seb Edwards.

In the craft categories, production designer Francesca di Mottola was recognised for hand-crafting the noirish world of King Krule’s Biscuit Town, and Nick Royal was honoured as the lead stylist behind the futuristic caberet environment of Years & Years’ If You’re Over Me. Fellow Brit Emma Croft was also honoured for her work on the hair and make-up in the video.

In the live categories, the revival of MTV Unplugged with Biffy Clyro at the Roundhouse marked success for director Sam Wrench and the team at MTV UK, while multi-nominated French production team, La Blogotheque triumphed for a second year in the Live Video category with their highly-acclaimed film for Justin Timberlake’s Say Something.

The 11th annual UK Music Video Awards ceremony was hosted by BUG frontman, and UKMVA regular host, Adam Buxton. Backstage interviews with the winners, produced by the team at WhatsUp TV from the Mama Youth Project, will be available to watch on the UKMVA Youtube channel from November 1st.

Best Production Design in a Video

Best Styling in a Video an association with i-D

Best Choreography in a Video

Best Cinematography in a Video in association with Panalux

Best Colour Grading in a Video in association with CHEAT

Best Editing in a Video in association with Cut+Run

Best Visual Effects in a Video

Best Animation in a Video

Best Commissioner in association with The Mill

Best New Director in association with Time Based Arts

Best Director in association with Leap

Video of the Year