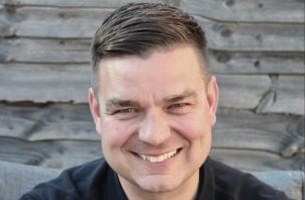 BMB has hired the multi-awarding Matt Lever has its new Chief Creative Officer.
Lever joins BMB from VCCP where he has been Deputy Executive Creative Director for the past three years.
He will oversee BMB’s creative output across all clients and disciplines and form part of the agency’s executive team and starts his new role in August. He replaces Jules Chalkey who joined Ogilvy & Mather London earlier this year.
At VCCP, Lever oversaw the rebrand of O2, which resulted in the award-winning “More for You” campaign. He also pitched for, won and worked on clients including Transport for London, Domino’s and Paddy Power.  He has won around 60 awards to date, including Cannes Lions, D&AD awards, Campaign Bigs, Creative Circle, Clios, British Arrows and Eurobest.
Before VCCP, he worked at Wieden & Kennedy Portland for two years as a creative, working on Facebook, Nike, Old Spice, Kraft and Coca Cola.
Before that he was a creative director at DLKW Lowe. He started out at TBWA London under Trevor Beattie, and has also worked at MCBD and RKCR/Y&R.
His award-winning work includes Morrisons “The Truth” campaign, which won two gold awards at the British Arrows and two golds at the Art Director’s Club of New York in 2013. Other multi-award-winning work includes the Macmillan Cancer Support “Life With Cancer” campaign this year, the Time to Change “Reactions” work and Marie Curie Cancer Care “Symmetry” in 2014, along with campaigns for Amnesty, the Department of Health, Transport for London, Nissan, and Whiskas.
Lever said: “I’m genuinely excited to be joining BMB after three great years at VCCP. The industry’s changing every day and I feel really lucky to have the opportunity to help turn a brilliant and much-loved agency into a future-proof creative powerhouse. Ideally, while remaining less pretentious than this quote suggests.
Trevor Beattie said: “I’ve known Matt Lever since he was a mere slip of a lad at TBWA. I’ve watched him fulfill all his early promise to become a major creative talent. Matt is a class act. And I’m honoured and frankly wowed to see him take charge at BMB. It’s his to shape creatively now. And I know it’s in safe hands.”