BMB's spot, made for the England and Wales Cricket Board, promotes values that have shaped world-class athletes and fitness professionals 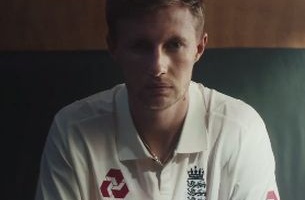 Creative agency BMB has launched a social, digital and experiential campaign for New Balance, having replaced Adidas as the England and Wales Cricket Board (ECB) kit sponsor.
‘My Future Self’ is released on 2 May and runs for six months. It includes editorial and Video on Demand elements, with the agency’s brief being to activate New Balance’s global campaign to increase brand consideration in the UK.
‘My Future Self’ promotes the values, convictions and experiences that have shaped world-class athletes and fitness professionals. It centres on the opportunities for self-improvement that both athletes and individuals face each day – when they can redefine personal ambitions and motivations and ensure a sense of purpose.
The campaign will run from May to September, with a series of long and short form films available on both on newbalance.co.uk and on the brand’s social channels, and which feature New Balance athletes and ambassadors.
The launch of the first coincide with the unveiling of the 2017 England Cricket kit. Entitled ‘Dear 677’, the film is an open letter from the current Test team to its next player and to future generations of English cricket.
Over the next six months, a further three long-form films featuring New Balance athletes Joe Root, Heather Watson and Callum Hawkins will roll out. These will complement shorter-form social content featuring New Balance brand ambassadors Shona Vertue, Fran Halsall and Pennie Varvarides.
Content will be distributed extensively across social media, with formats created and optimised for Facebook, Twitter, Instagram and Snapchat and supported by the hashtag #MyFutureSelf to encourage user engagement.
According to Samantha Matthews, UK Brand Marketing Manager at New Balance: “These films are more than just a series of videos. These are human inspiration stories. They capture the values, convictions and experiences that have shaped our athletes into who they are and they act as a powerful reminder when faced with adversity. We want these films to inspire the imagination of our audience to define their own ambitions, share their aspirations and pursue a better version of their present selves.”
Jules Chalkey, Chief Creative Officer at BMB Agency adds: “Launching New Balance’s new relationship with the England Cricket Board has been an exciting opportunity and New Balance is promoting an exciting future for English cricket:  ‘Dear 677’ is an ode to this future.
“The future of the game doesn’t just exist inside Lords. It exists in the young talent trying to push its way in; the players on the streets up and down the land, in alleys, and on makeshift pitches and patches of ground.
“We wanted to capture cricket in a fresh light with an energy and drive that celebrates every player in every part of the game. And what’s most exciting is that this is only beginning of an exciting six-month campaign.”