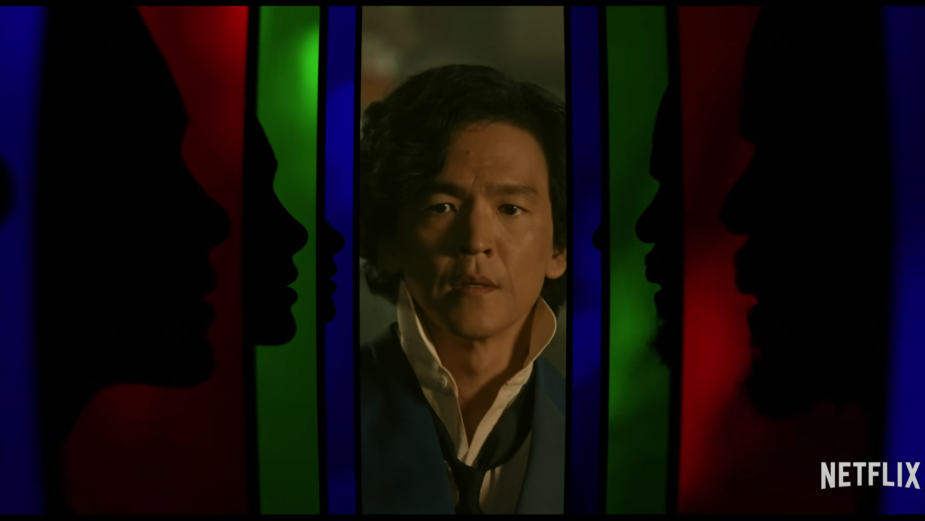 With an estimated budget of $1.5 million, the promo film is the largest that Netflix has created to date and every cent comes through the screen in all its intense action and colourful creativity.

Greg uses an interactive split-screen effect that not only acts as a reference to the original anime’s opening credit sequence, but is a dynamic part of the filming and even a weapon for the show’s characters to wield. The vibrant effects, jazzy music and faithful elements from the neo-noir Japanese sci-fi show result in a promo that’s truly out of this world.

On his 13th collaboration with home entertainment giant Netflix, Greg assumed many roles during production and post-production - not just directing the film but also working on the VFX. Filmed in New Zealand just after the series has wrapped, a majority of his crew had worked on Cowboy Bebop’s production and brought their enthusiasm and knowledge to produce a promo that introduces the characters and builds hype for the show expertly.

Greg spoke with LBB’s Ben Conway to discuss how the split-screen idea was eight years in the making, gaining Netflix’s trust and creating this visually compelling spot for “the modern ADHD viewer.”

LBB> When Netflix approached you with this project, what was your initial reaction? Are you a fan of Cowboy Bebop?

Greg> I’m always thrilled to pitch on bespoke promos for Netflix, and Cowboy Bebop was no exception. I hadn’t seen the entire series all the way through when I was approached, but after binging the whole thing and reading all of the Netflix scripts, I was just excited by how many opportunities the world of the show presented.

The only thing I had really latched on to at first was doing something that in some way harkened back to the anime’s iconic opening title sequence.

LBB> The interactive split-screen is such an inspired and fun idea - where did this come from? And how do you create this effect?

Greg> The split-screen idea was something that I had actually pitched as a music video like maybe four or five times over the past eight years. No one ever bought off on it, but when I was thinking of ways to reference the anime’s opening titles, the split-screen thing came up for me as a possible way in.

For the most part, the actors were interacting with practical sliding bars that the art department had built, so that they would have something tactile to actually grab on to and push all around. And then the shots where the camera would laterally track with one character walking into another environment was done using a motion control rig, and a lot of takes. 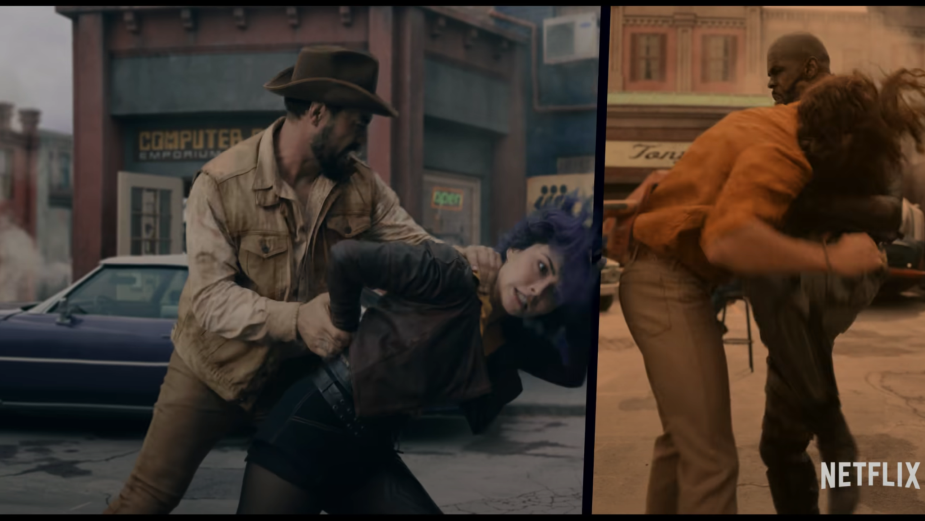 LBB> What was the three-day shoot like? Were there any difficulties or surprises? Is there anything memorable that comes to mind?

Greg> The shoot itself was such an amazing and rewarding experience - we had two pre-light / programming days, and then we shot for three days immediately after the show itself had wrapped. So 90% of the crew on The Lost Session was ported over from the show itself, and everyone was so lovely and excited about their craft.

Probably the thing we discussed the most was the best way to pull the split-screen gags off, in particular, the bits where one actor would cross from one frame into another. It required the art department to build a variety of rigs, but it also required the actors to repeat the same actions as close as they could, all at the same distance from the camera, all timed the same, etc, etc. I sort of warned all of the actors in advance that we were going to shoot a lot of takes of all of those moments to make sure that we were covered in post. But seeing it all come together in the edit was so exciting and rewarding that all of the team efforts really paid off.

LBB> This is the largest Netflix promo shoot to date - in real terms, what does that mean to you? Did it simply allow you more flexibility and scale, or is it also a symbolic thing for you to be part of?

Greg> It mainly came out of a necessity for achieving the scope of the promo - the number of days to prep and capture everything - but it also spoke to Netflix’s confidence in not only the show but the promo itself, which was very exciting. Being able to tell the crew that the spot was considered of high importance to Netflix really amped up morale.

LBB> You’ve done a lot of impressive promo work for Netflix - what is that relationship like? And has the dynamic changed over time?

Greg> I’ve been so lucky to develop this relationship with Netflix over the past few years, but really it comes down to a lot of individual relationships with different marketing directors at Netflix. I had worked with the marketing director on Cowboy Bebop, Denise Martin, twice before, first on Glow and then on When They See Us. Both projects had helped earn her trust, so I think by the time Cowboy Bebop rolled around, she was willing to take a bigger swing scope-wise, so to speak. And working with Denise has helped me get jobs with other Netflix clients and build trust there as well.

But yeah, I was given kind of an amazing amount of creative freedom on this, especially compared to a lot of other smaller jobs I’ve done where a lot of notes have been involved.

LBB> As well as directing, it seems like you were involved in just about every aspect of the promo! Could you tell us a little bit about each role you undertook?

Greg> I come from a post and motion-design background, so I’m used to wearing a lot of hats when I direct. And having a decent understanding of post work has really made me a better director, or at least a more confident one. It really helps as far as shooting with intention, being able to see the end result, as opposed to shooting a bunch of coverage and figuring it all out later.

I presented 120 storyboards of the whole thing to everyone beforehand, and ended up creating an animatic of them in After Effects for the actors to all look at before we shot. We stuck to that animatic pretty closely throughout, and essentially only shot exactly what we needed. And then once we wrapped the shoot, I took all the footage home and assembled the edit in After Effects and Premiere, doing the sound design in Audition. Once the picture was more or less locked, I started on the VFX work - some stuff I did personally, some stuff I farmed out, like the roto, tracking and paint-outs, and then the final end shot of the Bebop was done by Rising Sun Pictures, who did a lot of work on the show itself.

I also worked pretty closely with the show’s VFX supervisors, Victor Scalise and Scott Ramsey, who helped gather various assets for me as well as generally support and lend their talented eyes. 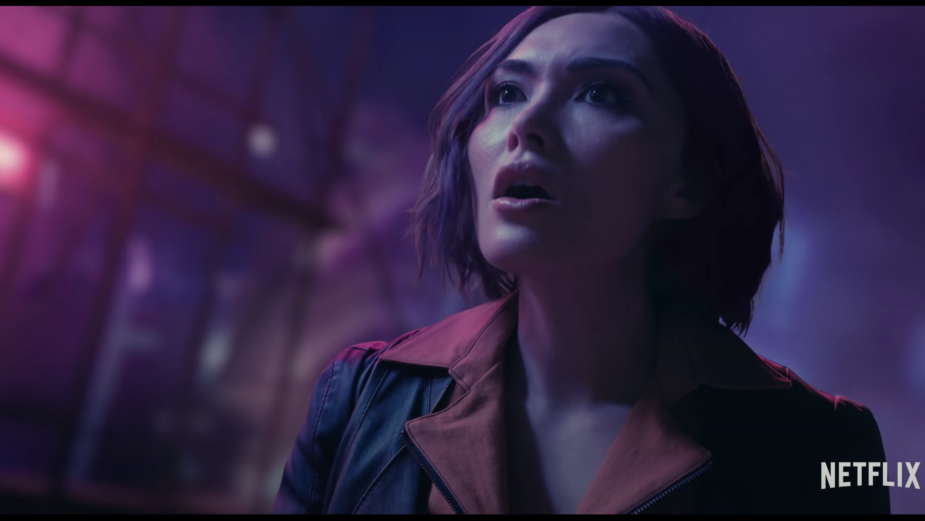 LBB> Why did you take on so many roles? What are some benefits and negatives of having such creative control?

Greg> Starting out doing super low-budget music videos forced me to learn simple VFX out of sheer necessity, which ended up being very empowering. Having the skillset to be able to understand how to marry practical footage with visual effects has given me the confidence to pitch larger, more ambitious ideas over the years, and I think to a certain extent has bought me a lot of trust with Netflix.

On the flip side, I really enjoy working with people on set, so when it comes time to hunker down and do my own post, you can feel very isolated and come down with a serious case of cabin fever.

LBB> How long did the whole process take? And what was your favourite part of production/post?

Greg> I think I pitched the idea in August 2020, got more or less greenlit a month or two later, spent the next two months doing rewrites, flew to Auckland in January 2021, shot it in March 2021, and then finished post in September 2021. So, from concept to completion, it was about 13 months.

I greatly prefer the production process to the post-production process, solely because of the fact that production is a much more social process. Sitting in front of the computer for three months straight isn’t good for anyone’s psyche!

LBB> You said that you wanted to create a lot of excitement for the show - for new fans and existing fans of the anime alike - how did you try to generate this excitement in the film?

Greg> As with any of my Netflix promos, one of the forefront goals is creating a spot that is very visually compelling - something that constantly presents the modern ADHD viewer with new visual ideas so that they remain engaged.

But given that this promo was for something so rooted in existing fandom, it was important to essentially distil the core dynamics of both the anime and the live-action show into something palatable for fans. Like showing off the group’s dynamic, showing off the disparate elements that make up this unique universe, teasing both the lightheartedness as well as the sense of danger that surrounds the team.

I think it just comes down to distilling the essence of what makes something great, and basically trying to showcase that as much as possible. For other shows, like 13 Reasons Why, it could be the sense of mystery surrounding the title, and being able to tease plot points that will whet fans’ appetites for more.