Behind Bombay Rose - the Indie Animation that Stunned Venice

Behind the Work 582 Add to collection

Director Gitanjali Rao on making waves in Venice, reacting to Bollywood and animating in India 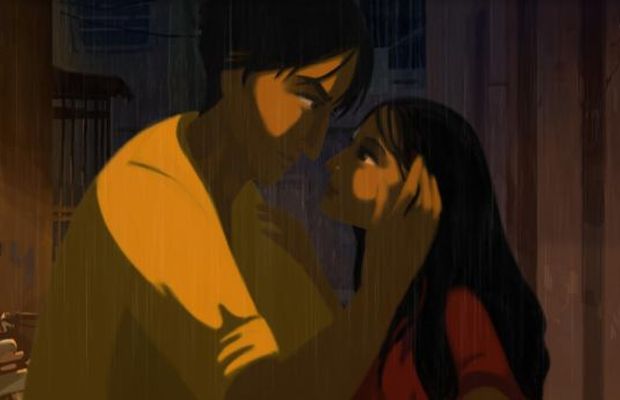 With animation still something of a rarity on the Indian scene, the kaleidoscope colours of Bombay Rose stand out all the more vividly. The film lit up the Venice Film Festival this year and understandably so. It represents a painstaking labour of love for its director, created as it was over a six-year period with each frame hand-drawn and animated.

Following a storied (and critically acclaimed) history in short film, director Gitanjali Rao is making her feature film debut with Bombay Rose. Not only that, but the film also represents a shift towards socially conscious themes not yet explored in Rao’s work. To discuss all of this, the director, animator, and actor spoke with LBB’s Adam Bennett...

LBB > It’s clear that Bombay Rose is a passion project- can you talk to us about where the idea first came from?

Gitanjali> I have often travelled across Bombay as a student, then when working in different studios, in busses, trains, autos and taxis. Traffic congestion would ensure one spent hours and hours in these travels. In times before smartphones, one looked out of the windows to see life spilling out of the streets. Even today I feel Bombay is a city that (as a dweller) passes your by more than you live in.I would see young girls and boys selling flowers and flirting and wonder how they express their love coming from different states, speaking different languages with only Bollywood as their reference to express love. Somewhere in these travels within Bombay and outside in the rest of India, I found the story of my protagonists Kamala and Salim. In a city which they literally build, clean and construct, they have no citizenship and are vulnerable to the dangers of poverty and exclusion yet they cannot leave or go back. Their life and their spirit of survival drew me to their stories.

Above: check out the trailer for the theatrical release of Bombay Rose

LBB> I’ve read that one of the ideas for Bombay Rose found its way into your short TrueLoveStory (the romance between the flower sellers). What made you want to come back to that idea in a feature?

Gitanjali> I actually was already working on this same Feature Bombay Rose which was at that time titled TrueLoveStory in 2013. When the process of finding finance for it hit roadblocks, I decided to take one story and make it into a short film as a pitch to secure finance for the Feature. It was selected in Cannes Critics Week 2014. It was made to convince any financier how the film would finally look and increase their confidence of telling a serious story in animation. it worked!

LBB> There are plenty of social issues touched upon in the film. Was it always your intention to create something that’s socially conscious?

Gitanjali> At my age now I cannot imagine putting six to eight years of ones' life into something that is indulgent or absolutely personal. And I do believe the personal is political for me as an artist. In my life I do all the reckoning about people and places that enter it with an acute awareness of the socio-political aspect behind it. So it is natural for me to tell a story about a person with his or her social conditioning as its background. I guess i cannot imagine things differently so I wouldn't say it is deliberate but rather that it is inevitable.

LBB> You’ve previously described the film as a ‘reaction to Bollywood’. Can you talk more about what you mean by that?

Gitanjali> If you live and work in a city where the majority of viewers worship Bollywood, your film, if it does not follow the conventional trope of Bollywood, which is big stars, song and dance, no politics, no controversial themes, basically all fantasy, no reality, then you automatically are working as a reaction to Bollywood. To be honest, it doesn't take much in my country to be reactionary. If you do not follow the line, you are a reactionary - be it about filmmaking or being non-religious or eating beef!

LBB> What was the most difficult part of the production, and how did you overcome it?

Gitanjali> The biggest challenge was the financing of the film. Running from pillar to post would be an understatement. Trying to make an artistic, socially relevant, not for children alone, animation film with no star voices or big names as a debut is in itself a challenge for any one interested to bet their money. So I used the time in between to make one story from the feature into a short film, TrueLoveStory which premiered in Cannes Critics week. That brought conviction about the style of animation and the film’s emotional connection. By then I had secured my French producers les Films D'ici. Then over various script labs and co-production markets, I managed to find Cinestaan to partner with - or, rather, they found me to be exact and they loved the script enough to believe in supporting it. As funds faltered in the process of making the film, Cinestaan stood by steadfastly and we managed to complete it in two years. With regards to challenges during production, the task of creating such a huge volume of work and to keep its quality high in such a small time (yes, 21 months is small for animation) was a mammoth one. But my team at Paperboat Animation Studios, and everyone involved in its production gave it their everything so the challenges became surmountable and even enjoyable. Toward the end, the last three or four months, the team was working Sundays and even nights to complete it in time. Life and leisure was sacrificed by one and all.

LBB> Throughout your work, you’ve developed a distinctive animation style. What was it that first attracted you to this style?

Gitanjali> I learnt art in college but we were not really taught Indian folk art. I discovered it in my years of learning animation on the job. I was fascinated with the varied and brilliant forms all over India and was tempted to push these still art forms into movement. The fascination to discover and show how a woman in a miniature painting actually moves was one of the initial attractions. Then it developed into what would her life be like in those ages etc. Animation lends itself to this kind of imaginary recreations unlike live action so I pursued it. that became my style over the years. And practically no one really does it much so I stuck on seeing its immense and as yet unexplored possibilities.

LBB> You’ve directed some amazing and critically acclaimed shorts- what attracted you to the idea of a full-length feature?

Gitanjali> It was bound to happen someday that your story is longer than the medium you follow. One lifetime is not enough for an animator because the process is so bloody long! So I thought it would be best to tell numerous stories as soon as you get the chance Hah! Also like any normal film maker, I got exhausted on spending years and years of my life making a short film with my own money and never getting paid travel and accommodation to festivals!

LBB> The film has premiered in Venice, but are there any plans for a home premiere yet?

Gitanjali> Yes - the film will premiere at the Mumbai Film Festival 2019 next month! In the India Gold competition.

LBB> Do you think that animation faces any unique challenges in India?

Gitanjali> Indian audiences are not used to watching Indian animation films that are not specifically aimed at children. So that makes it all the more difficult to sell and release in the country but we are hoping the festival attention may help Bombay Rose and future similar films from India.

LBB> What next for Gitanjali Rao?!

Gitanjali> Right now simply promoting Bombay Rose but definitely another feature animation once I have weaned  myself off Bombay Rose!