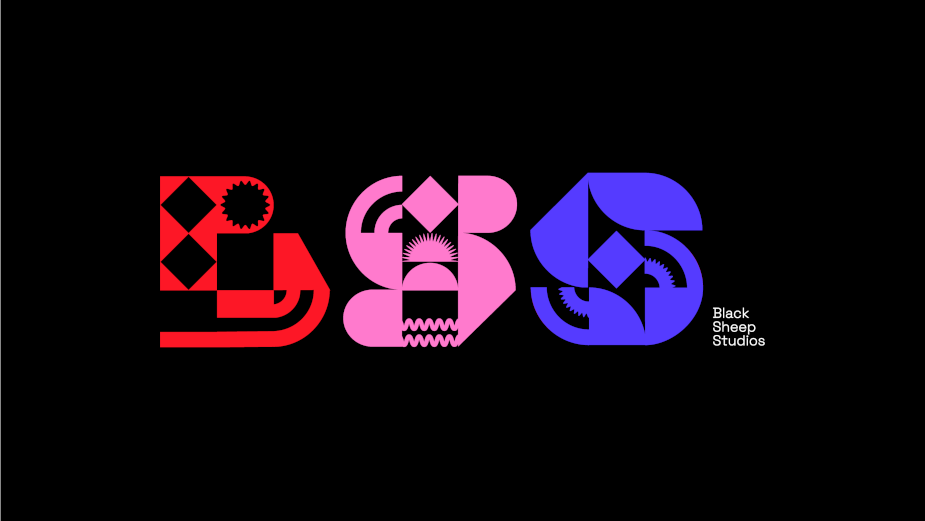 BBH is expanding its BAFTA Award-winning Black Sheep Studios to form a full-service production company, reflecting the evolution of client needs over the seven years since it launched.

Black Sheep Studios will continue working with BBH clients and remains rooted in the agency’s Power of Difference philosophy, but adds a new direct-to-brand offer across content, design and music supervision. This means it will develop external relationships to build its own roster of clients, delivering agile, bespoke, production-first solutions across content, design and music supervision.

As part of the expansion, Andy Cooke joins as head of design and Sophie FitzGerald takes on the position of executive producer, forming a leadership team alongside creative director, Rory Forrest. Black Sheep Studio’s Lead is Stephen Ledger-Lomas, who is also BBH’s chief production officer.

Along with embodying the Power of Difference, Black Sheep Studios is aligned with BBH’s longstanding commitment to making beautifully crafted work that impacts culture and moves the dial for their clients. It will also support BBH’s ongoing commitment to finding and nurturing the next generation of creative talent in Britain, and will be actively involved in the Unsigned Union, working with emerging talent from around the world, as well as supporting BBH’s Differently Does It short film competition, which launched earlier this year.

This year the content studio has already produced hugely popular work, including Wild deodorant’s most recent ad & the recent viral Tesco TikTok Voice of the Checkout sensation. Black Sheep Studios will expand to make its services available to external clients who have agile content creation requirements. The design studio, led by Andy Cooke, encompasses a wide range of disciplines, from UX and UI to brand identity, including its own new look, created by Isabella Cheung, senior designer. The music studio continues to offer music search and licensing, bespoke composition, re-record supervision, and audio strategy.

Stephen Ledger-Lomas, chief production officer at BBH, said: “Our mission at BBH is to create beautifully crafted work that has a positive impact on our clients, culture and industry. Black Sheep Studios is BBH’s production-first offering, enabling us to bring world-class production thinking and talent upstream for the right type of brief. We are also proudly roster less which gives us the ability to ensure we bring difference to the forefront of our creative collaborations.”

Andy Cooke is an award-winning designer, and was most recently working in freelance roles at R/GA, Google Creative Lab and Design Studio. His varied career has included a three-year stint as creative director at Education First in Switzerland; the launch of his own design studio, while simultaneously running a streetwear store and pizza place; a co-author credit of the Thames & Hudson publication People of Print; and teaching at Staffordshire University. The brands he has worked on are equally varied, including Coca-Cola, Samsung, IKEA, Eurosport and Nike.

On joining BBH’s Black Sheep Studios team, Andy said: “BBH is at an inflection point right now, with huge momentum behind the creative output and an opportunity to elevate the role of design within the organisation. The opportunity to lead this output with the London team is something I couldn’t ignore and as I step into the company with a background sans any traditional advertising agencies on my CV, I’m looking forward to bringing an untraditional perspective of what it could all look, feel, sound, smell and taste like.”

Sophie FitzGerald spent seven years at We Are Social in their in-house production studio, before joining Sky as senior producer. Most recently she has been freelance, including a stint as senior producer at The Or.

Sophie, on taking up her new role, added: “I'm so excited to be a part of this new chapter for Black Sheep Studios. This approach and offering is fresh and distinctly different, not only because we're able to keep design and music all under one roof, but also in having the support and backing of the industry powerhouse that is BBH. I can't wait to see the journey that's ahead of us and I feel lucky to lead such a strong and talented team.”

Rory Forrest, BSS creative director, said,: “BSS is in the business of making - and in our age of the universal social storefront, every brand of any size, from supermarkets to small business, always has to be. It’s never been more constant, but the right face or film can change company fortunes. Pulling these units together, especially with talent like Sophie and Andy, allow us to answer that need better than ever.”

Black Sheep Studios began life in 2015 and was one of the first in-house studios of its kind, providing agile solutions for clients requiring fast-turnaround, long-form or smaller budget content, often for social channels. Since then it has established a reputation for creating some of the funniest, most off-the-wall and impactful work in the industry, including the 20-minute film 'Home' for the United Nations Development Programme in Kosovo, which won the BAFTA Award for Best British Short Film and a Gold Lion at Cannes.