Industry bodies from Spain, Sweden, the UK and the USA share lessons and insights from 2019 and look to the future 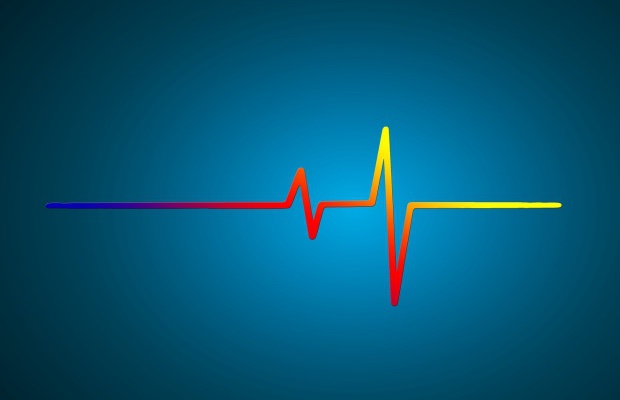 We’ve seen AI creative directors and virtual influencers try to make their mark but as we kick off the roaring ‘20s, advertising is still a people-driven business. And where there are people, there’s community. In many markets, industry associations are a rallying point for that community, bringing competitors together to lobby for collective change, setting standards and driving internal reform. With thousands of members between them, they are also adept at sensing patterns in the industry as they’re the ones who hear the complaints, worries and concerns that their members are dealing with every single day. It makes them a highly useful resource when you want to get a sense of where the industry might be heading on a very practical level. What roadblocks and opportunities might be waiting round the corner?
“We fulfil over 7,000 research requests annually for members. This year, one of the most popular topics was cannabis and CBD,” says Marla Kaplowitz, president and CEO of the 4As, the agency association for the USA. So, 2020 is certainly going to be interesting.

2019 was a year of political uncertainty, which made marketers nervous. In the Asia Pacific region, ad agencies were on tenterhooks over US-China trade tensions, while in the UK, ever-shifting Brexit deadline made it difficult to make decisions.
“The political paralysis caused by Brexit definitely caused a hiatus in our market. Advertisers hate uncertainty and our industry has stuttered as a result. The General Election offered the choice between Labour’s radical far left economics plus a second referendum or the ‘Get Brexit done’ promise of the Conservatives. Another hung Parliament would definitely have prolonged the current nervousness and would not have been good for business,” says the IPA’s Paul Bainsfair.
Indeed, as Brexit-rewinding options were taken off the table with the December 12th election, which saw Boris Johnson win an outright majority, it seems like marketers are entering 2020 with a greater sense of security. 15.7% of firms surveyed for the IPA’s Bellwether Report predict that their marketing budgets will be revised upwards this year.
Of course, once the Brexit deadline of January 31st has passed, there will still be lots of huge, sticky issues left to deal with. For Steve Davies, chief exec of the UK’s Advertising Production Association, says that the APA’s post production and VFX members are concerned about talent.
“The VFX industry here has thrived on talented young people from France, Italy, Spain and other countries with good training but too few opportunities. Most of the people coming seek their opportunities informally - they come and stay with a mate already here, go and see a few companies until they and one of the companies alights on the best opportunity,” says Steve. “The new system will require them to apply for jobs and visas like a banker moving to another country in the 1950s. I can’t see them engaging with that.”
Spain, too, has been dealing with protracted political uncertainty. Last year Catalonia had its autonomous status put on hold and high profile Supreme Court case against nine Catalan politicians. In amongst all that, they had the issue of a general election to contend with too.
However, the Spanish production association APCP, has been striving to avoid being bogged down in politics and to promote the industry in Spain to whoever is in government.
“Spain is going through a period of many political changes and general elections, despite that the advertising production industry remains to be the driver of the audio visual industry in our country,” says Adriana Piquet, director general of the APCP. “One of our missions in the Spanish Advertising Production Association is to sustain and improve the relationship with the public administrations to preserve this position of leadership and success that we have been growing these last few years, regardless what political party governs.”
Indeed, the estimated turnover of the advertising production sector in Spain has grown by 4% over the last two years, suggesting that political uncertainty doesn’t have to mean paralysis… Which will be reassuring for advertisers and production folk in the USA as they face an inevitably heated election in 2020.

GDPR has forced European brands and agencies to take data privacy seriously and clean house. On top of that, there’s been the highly publicised fallout of the Cambridge Analytica scandal (which revealed how dubiously-acquired data was used to micro-target misleading political ads on Facebook) alongside security and privacy breaches by tech giants (such as when it was revealed that human employees had been listening to intimate audio recorded by smart assistants like Siri and Amazon Alexa).
Early in 2019, the Advertising Association launched a report that showed that public trust in advertising had plummeted, driven in part by concerns around data as well as irresponsible imagery. It’s an insight that drove the UK’s Advertising Association and the IPA in 2019 and that’s set to continue this year. “Trust in advertising and arresting its long-term decline with the public is our top priority for 2020. Our Trust action plan will develop through the year and new initiatives will build into this,” says Advertising Association chief exec Stephen Woodford.
Across the pond, meanwhile advertisers are braced for their own privacy and data reform – something that has the potential to get incredibly complicated, particularly if it’s enacted on a state level. That’s why, explains Marla, the 4As are attempting to get ahead of the issue this year.
“Following the implementation of GDPR in Europe, there's been increased concern and scrutiny in the US regarding data privacy. In January, California will enact the California Consumer Privacy Act (CCPA), which has influenced other states to write their own legislation,” explains Marla. “The worry is that 50 states with 50 laws will make compliance impossible. The 4As is part of an industry coalition, Privacy for America, that seeks federal legislation to pre-empt local laws and provide consistent consumer privacy protections across the US.”
Last year the 4As also launched a Brand Safety Playbook, an important tool to help agencies and marketers to protect brands in an online environment plagued by fraud, piracy, unsuitable content and security lapses. By gathering practical information and advice in one place, the association estimates that the Playbook saved agencies around $2m as well as fostering a greater sense of responsibility in the industry.
Responsible online advertising and data usage has also been a hot issue in Sweden, where legislators have had gambling in their sights. The government introduced a new law that insisted on ‘moderate advertising’ when promoting online games. However, it’s a law that’s also causing Swedish agencies a headache thanks to the ambiguity of the phrase ‘moderate advertising’, explains Anna Magnberg of the country's agency association KOMM.
“This could therefore potentially affect our member agencies who work with clients within the online gambling industry. We held two fully booked seminars on the subject throughout the year and our lawyer has been busy answering legal questions from our member agencies throughout the year,” she says.
Questions of trust, security and safety will continue to be hot topics in 2020 - and with platforms slow to act, it falls to brands and agencies to take the initiative.

Of course, one perennial issue faced by agencies wherever they are in the world is that it seems that marketers are increasingly unconvinced about the value of creativity. In her conversations with members, Marla has found that the shifting balance of power with clients and budgets come up constantly. “[The hot talking points among our members have been] addressing the value of client/agency relationships, to ensure agencies are compensated fairly for the value of the work they deliver, and the undeniable power of business-building creativity,” she says.
In 2019, though, associations were able to produce some fascinating research that appears to back what agencies have been saying all along – that creativity is effective. In the summer, the IPA report ‘Crisis in Creative Effectiveness’ by Peter Field delved into almost 600 case studies from 1996 to 2018 and found that a narrow focus on short termism in marketing was weakening the efficacy and efficiency of creative campaigns and pressures to ditch best practice. Meanwhile, another IPA publication, Lemon, written by System1’s Orlando Wood showed that a trend towards flat, literal advertising over emotionally rich storytelling, which also correlates with the effectiveness slump.
“We are losing the habit of building a connection with our audience through unexpected and often emotional advertising that the public likes and talks about,” says Paul. “There’s clearly an opportunity here for agencies to buck this trend and remind their clients that advertising which entertains leads to the greatest commercial gain.”
Creativity and effectiveness were also a key concern for the members of KOMM in Sweden and Anna reports that the effectiveness issue is the source of much frustration for members and their clients. In response KOMM released a report that distilled eight principles of effectiveness – which was so popular that the association held over 40 seminars on the topic.
But while we’ve seen a few brands tweak their marketing approach to make more room for longer-term thinking and brand building following this research, it remains to be seen whether the research informs a broader shift in the industry.

Across 2019, industry associations brought together agencies, production companies and marketers to fight for the industry in challenging times. As competitive as advertising is, that collective action will be key to the industry’s survival. Whether it’s the Advertising Association, IPA and APA joining forces to build the reputation of the UK industry beyond the EU, or the APCP pushing the visibility of ad production as an important contributor to the Spanish economy and developing good relationships with local authorities to encourage them to speed up the granting of permits, there have been some big wins. So whatever challenges 2020 and, indeed, the next decade throws at the industry, collaboration and community will be the thing that sees the industry thrive.