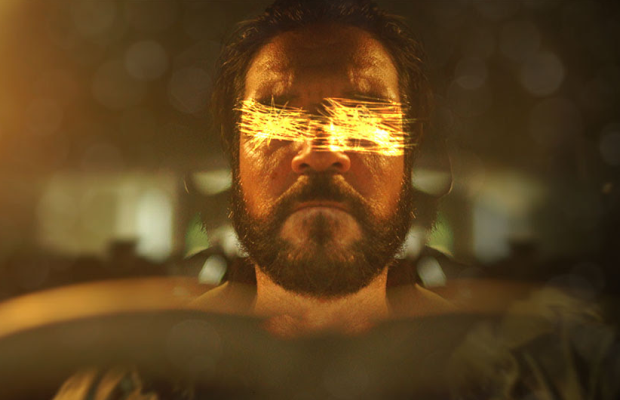 The film follows two aliens as they struggle to survive, elude capture and communicate with their mothership. It is a dark, and sometimes bizarre alien film which manages to tell a surprisingly human story – exploring very relevant concepts about immigration, homelessness and xenophobia.

As Adam explains: “It’s about this father and daughter who are homeless and living out of the back of his beaten up Ford Bronco. It starts to become apparent that they are actually aliens, hiding in human bodies… trying desperately to get a signal to their people.”

The creatives at Cutting Edge jumped at the opportunity to collaborate on the project after Sloan and Mason stumbled across their work online. The band were very pleased with what happened next.

“We're thrilled with the aesthetic that Zenon and his team brought to the film. Their visual effects and design contribution really complemented Adam's vision,” said Sean Kinney, drummer for Alice in Chains.

Adam explains: “Paul Sloan who played Alpha and wrote the script with me sent me an Instagram link to some of their work - Cutting Edge’s ‘The Double-Blind Experiments’ - and I was absolutely blown away by it. I immediately knew they were people I would love to work with. I basically cold called them thinking there wasn’t a chance in hell I’d get them involved, they were just too good! But now here we are.”

“Our experimental film ‘Double-Blind No.1’ caught Adam’s eye. He could see a synergy between what we had done, and his film. As soon as I heard about the film I knew this was something I had to be a part of,” explains Cutting Edge’s creative director, Zenon Kohler. “We got to do some pretty wild stuff with the footage Adam supplied. We set out to heighten the dark imagery, adding our treatment to key sequences... Some of which may have included alien tentacle sex.”

“They elevated the whole thing so massively I can’t even really put it into words. It has been a wonderful collaboration… they suggested so many things I would never have even thought of.”

He continues: “It’s been a totally fluid thing. There were obviously plenty of things in the script that needed addressing, all of which they totally knocked out of the park. But for me the real joy came for me in our collaboration on the more subtle things… like the title sequences for each episode. Those were all things I never really expected and are now my fave things in the episodes full stop.”

Black Antenna is set to be developed into a feature and currently available on YouTube.

Seeing Double-Blind: How A Unique Creative Experiment Came to Life