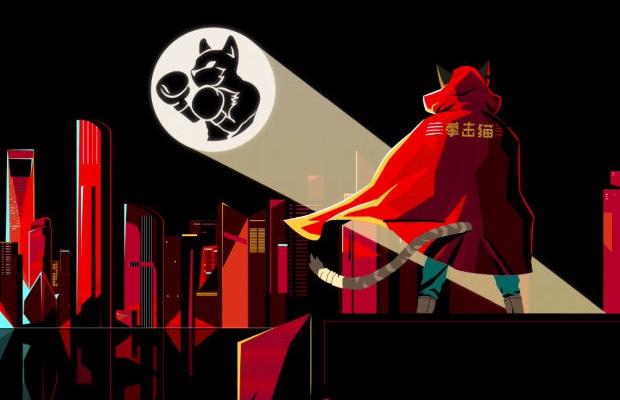 Boxing Cat Brewery has launched a new campaign entitled 'First Blood' - named after the lager it is advertising. The piece was created by R/GA Shanghai, produced by Shanghai-based production company, Final Frontier, and directed and animated by Buenos Aires studio Le Cube. It is the trio’s latest collaboration following last year’s award-winning, data-driven Road To HBL campaign for Nike China.

With the slogan 'Defeat Ordinary,' the feline protagonist is Louie, a character developed from the original Boxing Cat logo, who patrols the city in search of insipid beers and apathetic civilians.

Terence Leong> We didn’t plan for Louie to be a superhero at first. We were in love with Wes Anderson’s Fantastic Mr Fox and we originally wanted Louie to be a charismatic and suave stop-motion puppet with a persona like Muhammad Ali. But we couldn’t find the right voice for his trash talk . Then Shing played the Spiderman theme song, and boom! Everything clicked - he’s a superhero who fights boring beers. 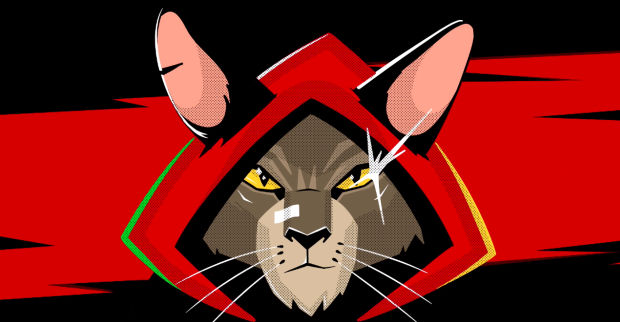 Shing Sian Chew> Our first reference was the Spiderman theme song from way back. It was catchy and a tool that told a friendly neighborhood superhero’s story, but in the context of what we wanted to do, it felt too safe. Louie isn’t that kind of superhero - he’s a rebel. We needed the music to reflect that - and hopefully be catchy enough for the public to latch on to it.

Chris Colman> From the outset the idea was to avoid anything that sounded like an advertising jingle. It couldn't be sanitised. It needed to stand alone as a raw punk rock track.

Shing> We’re still waiting to see whether the song catches on, but the fact that Rich, our ACD who doesn’t speak Mandarin, sings the chorus in our office, makes me pretty confident. 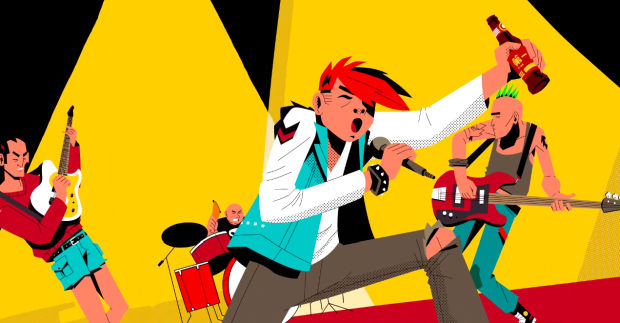 Ralph Karam> The initial story was full of ideas, enough for a mini-episode, but too many for a 60-second film, so we needed to hone it down to the most crucial scenes. In parallel we were further developing Louie’s design, adapting him from the initial 3D plan into a 2D aesthetic. To create a retro comic book feel we decided to use a halftone effect throughout the film.

As for designing the sets and supporting cast, the agency shared plenty of reference, plus, coincidentally, we were about to get on a plane to Shanghai, so we would have plenty of inspiration from real life.

In developing Louie’s character, it was a fine line to have him embody all the wit, coolness and self-assured confidence of Muhammad Ali, and retain the essential humour, but without creating any sense of menace that could so easily have come across.

Ralph> The drippy guys at the bar that are transformed into the punk band is a personal favourite. Those characters are all based on real people we’ve encountered in real life.

Chris> Look closely and you’ll see the guy is watching two girls singing the ‘Meow Meow’ song – a sadly viral sensation. I think he’s the one who most deserves to receive Louie’s rough justice.

Shing> The core ingredient of the beer – Chinese red dates – is an important differentiator for the product, so we wanted to include it in the film in a way that was authentic to the spirit of the character. We came up with the idea of Louie throwing red dates almost as ninja shurikens, and that’s my favorite scene. 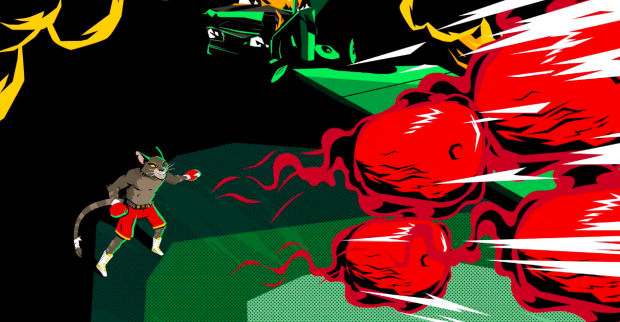 Nicolas Eduardo Morelli (AB-Inbev marketing VP)>  It really exceeded my expectations. It’s beautiful, the storytelling is impactful, and Louie looks like he is having a blast taking down ordinary moments. We are all really happy with the result.

Terence> I love the final result. Final Frontier and Le Cube’s passion, dedication and craft took our idea to another level. Every meeting felt like we were riffing off each other’s crazy ideas. We were reminiscing about old superhero cartoons and picking out the best tricks and techniques used by those masters.

Chris> Projects like this are the reason we got in to animation. I’ve never seen a beer commercial, or indeed any commercial, like this. That’s why we love working with Terence and his all-star team. Besides their creativity, they get the potential of animation, and they respect the craft and the process. Hopefully it’ll inspire more clients to step outside their comfort zone and try something nuts. 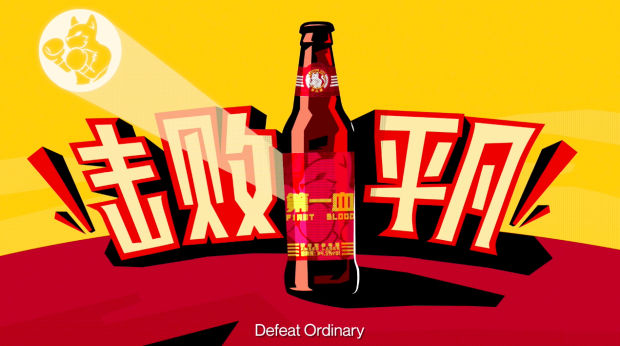 Animation in China: Tales From the Final Frontier

How Final Frontier Orchestrated an Epic Intergalactic Battle for Acer