Five decades on, some of the ad industry’s gaming experts reflect on the icon video game and the relationship between ads and games, writes LBB’s Ben Conway

Last week marked half a century since Atari introduced the world to a brand-new form of table tennis. The first commercially successful video game, Pong was released onto TV screens around the world on November 29, 1972 and helped to launch Atari - and the subsequent gaming industry boom - into the public consciousness.

Now that gaming revenue globally has reached an estimated $200 billion, and is predicted to increase again by over 25% in the next three years, it’s undeniable that this humble ping-pong plaything was instrumental in creating a media channel that would eventually dwarf even the global movie industry. This success has, of course, generated bountiful opportunities for brands to get involved with game developers. From creating ads for the games themselves to Fortnite’s brand collab skins and Call of Duty’s energy drink double XP promotions, gaming and advertising often go hand-in-hand, which has even seen bespoke gaming-first agencies being set up in recent years.

To discuss the influence of Pong and what the ad industry and brands can learn from this pioneering game, LBB’s Ben Conway spoke with some of adland’s resident (evil) gaming experts. Sharing their thoughts on the legendary game and the growth of the gaming industry as both a pastime and marketing opportunity are creatives, strategists and gamers from Wunderman Thompson UK, FUSE Create, DDB FTW, VCCP+,  GSD&M, TMA, We are Royale, dentsu, Huge and Bold Scandinavia. 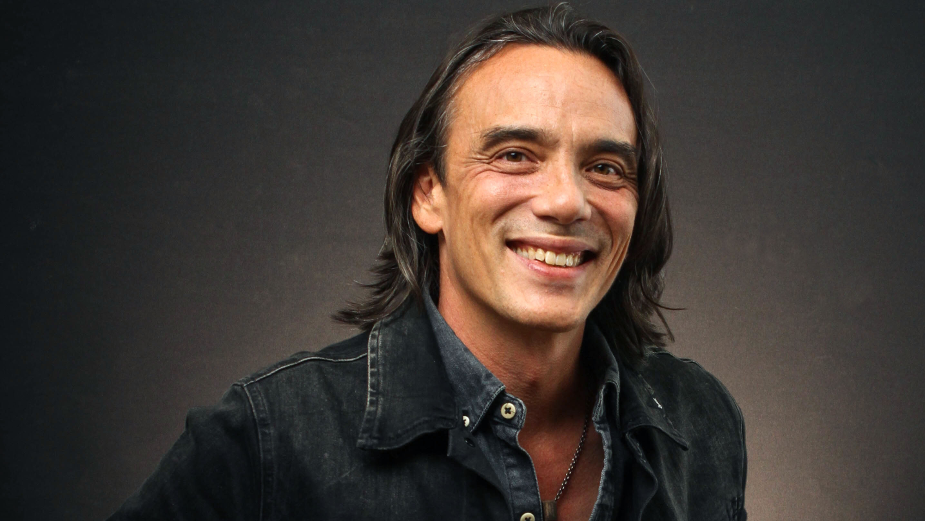 Console gaming rode into the world on a horse named Pong. MUDs, Quake, and Ultima Online followed and unleashed shared virtual worlds on the masses. This industry cares about gaming because it brings people together. And where people come together, culture and commerce thrive.

What's seldom recognised is that gaming is the primordial soup of the internet's evolution -  that thing that some people call the ‘metaverse’. Look to the new economies of identity driving Roblox and Fortnite. Look to the technology driving Zuck's much-maligned but undeniably bold vision.

So, a salute to Pong: A little crusty and rough around the edges, but what a wild ride. 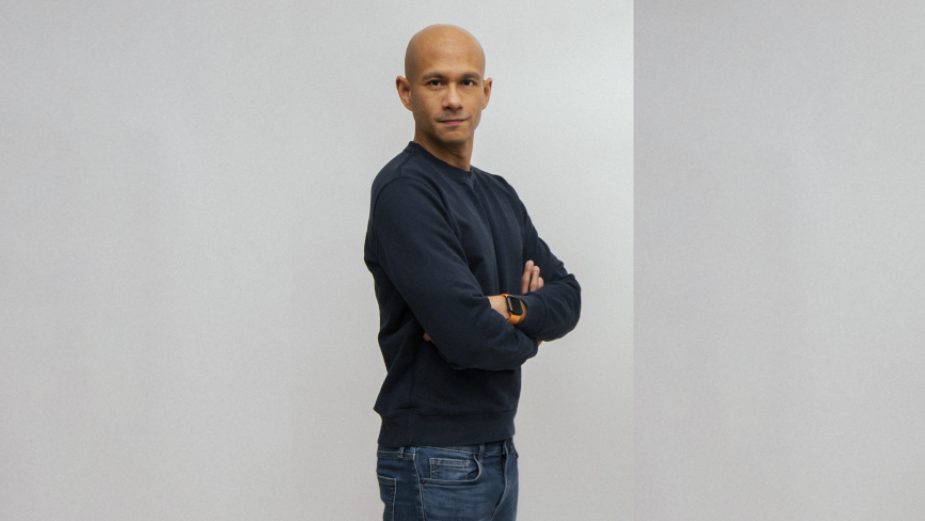 As we celebrate the smash hit that started it all, let’s not forget that - despite the quantum leaps of video games since - there has been a continuous and traceable thread throughout: community. From the arcades of the ‘70s to the Super Bowl-surpassing viewership of the League of Legends World Championships, video games have been forming communities ever since their inception and continue to do so. These games have the impact and relevance in culture that they do because they fueled, and were fueled by, the community that exists around them. Imagine Pong in today’s amazingly rich gaming ecosystem, tapping into a ‘multiverse’ of social posts, YouTube content, Twitch streams, Reddit threads and Discord servers. So while Pong trailblazed the way for video games and gaming, let’s also take this moment to appreciate the amazing value that the 3.2 billion person global community of gamers represents. 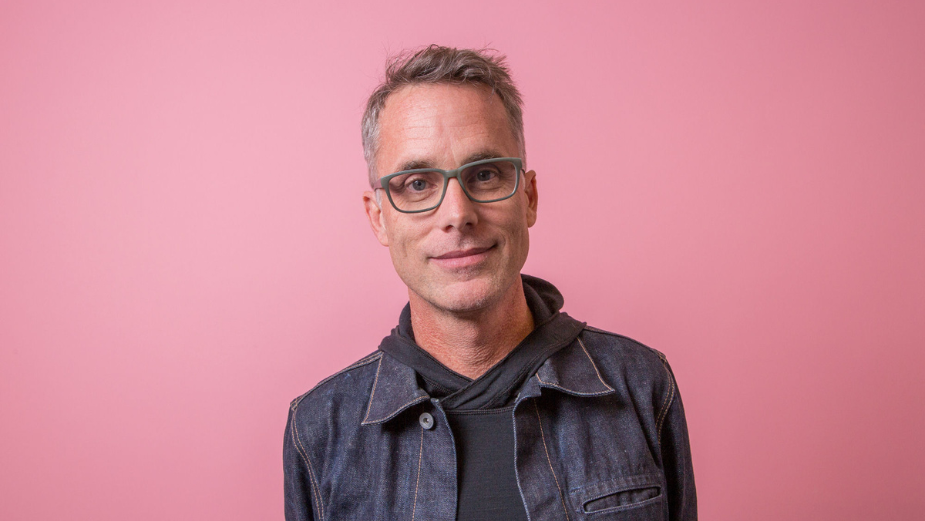 The genius of those pioneering 2D games like Pong is that their simplicity made them widely appealing. Yes, they were novel at the time, but the idea and way to play was simple. As brands increasingly embrace gaming, it’s important to remember that it doesn’t have to be complicated. Simple can be compelling and fun. And, furthermore, it might even be what your target consumers and gamers want. We also had tremendous success tying in the nostalgia people feel for these games with current iconic brands. We did it with Pizza Hut by using AR to turn its pizza boxes into a game of Pac-Man. So there are ways to uptrend and play with making the old new again.

Brien Holman
CCO and co-founder, We Are Royale (WAR) 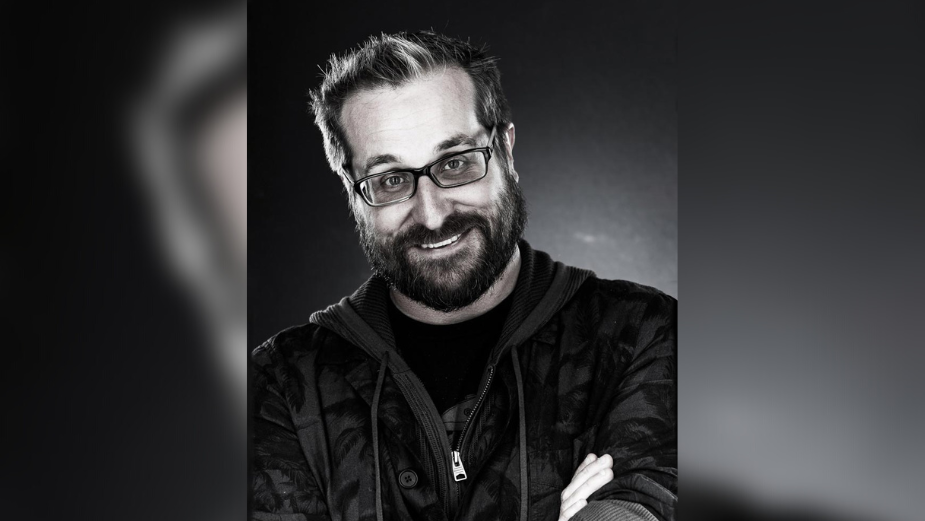 New tech always needs a killer app, and the ones that work the best ease people into the mechanics of what that tech offers. When Pong hit the scene in 1972, there were no gamers. Hell, it would take another couple of years for personal computers to be a thing. What Pong did was introduce people to the possibility of virtual interaction – and it did it in the most elegant way possible, with two moving rectangles and a square. What Nolan Bushnell, the founder of Atari, and arguably Ralph Baer before him, who laid the groundwork for the game itself, did was solve two things: They created a game that could work on the limited hardware of the time, and a game that taught people how to interact with technology in a new way that paved the way for an entire industry. 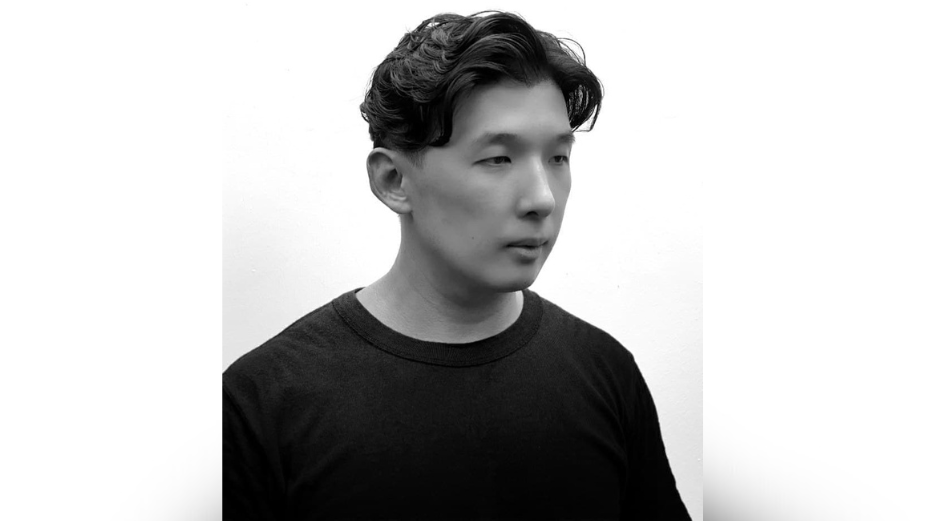 For many, Pong was their first experience and gateway into the world of interactive entertainment, a novel break from TV, radio and comics. Beyond pioneering gaming as a mainstream hobby, Pong comes with several age-old principles all modern marketers need, especially in today’s web2/web3 environment.

One of the least talked about components of Pong’s success, is its wide distribution creating mass availability, occupying corners of entertainment spaces across the world, from bars, to arcades and even office lounges. Ease of access is, of course, one of the biggest considerations for brands wanting to enter today’s virtual worlds and metaverses.

And while ‘interactive versus interruptive’ is a philosophy that all marketers understand, the biggest lesson is that, while simple in presentation, the interactive nature of the game gave audiences representation and identity on screen (are you the stick on the left or right?). It’s not just a virtual presence, it shows us the importance of purpose - beyond just a moving stick on a screen. It’s one of the earliest iterations of virtual avatars, built for the purpose of challenge - stoking achievement with single-player and competitive spirit with multiplayer. 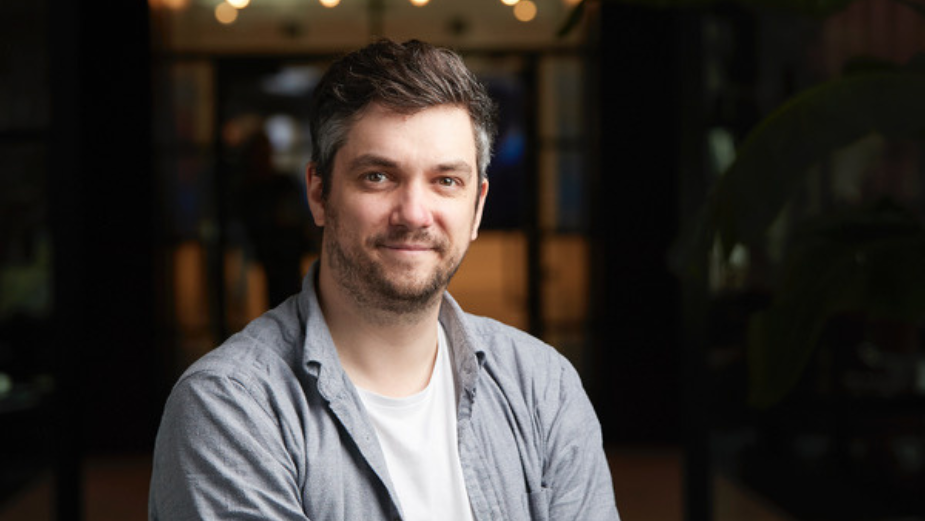 I recently saw a guy in his twenties playing Pong on his watch, turning the side dial to move up and down. It’s just one of those intuitive games for which you don’t need any instructions - and it’s addictive as hell. Gamers crave simple game loops like this, constantly trying to better their skill or score. Instagram filters recently built as games for Duracell and EE have proven this theory works too, with a tap or a head turn as their intuitive controls, all while getting a message across. With over 50% of the UK population being classified as gamers in one form or another, it sounds like a good opportunity to me. Like in Pong, simple game loops will always win, and which brand wouldn’t want to speak to over 50% of the population in a language they already understand? 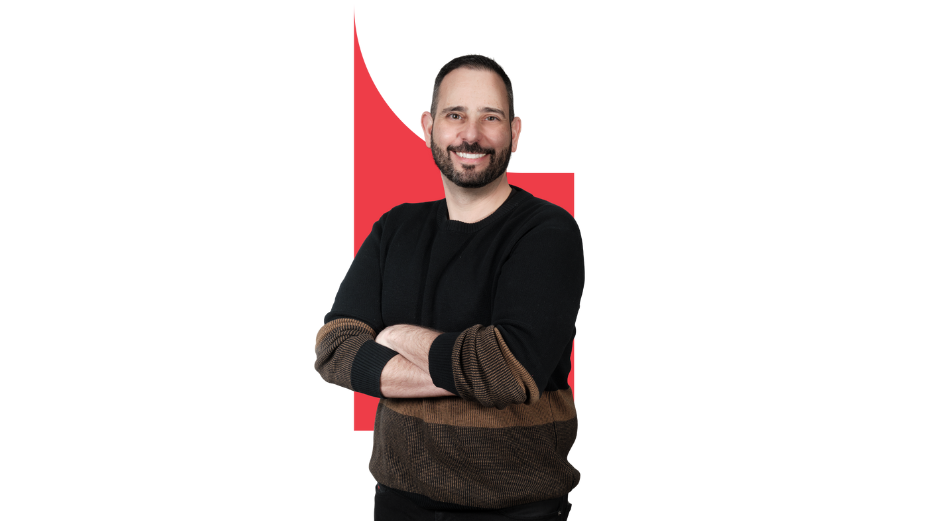 Henry Ford’s Model-T wasn’t the first car invented, nor arguably the best, but it was the one that captured the public’s attention. Henry Ford himself could not predict how profoundly his car would change not just transportation, but the world and culture itself. In this regard, Pong was the Model-T of the digital age: not the first video game ever invented, but the first to capture the public's attention, and provide profound insight into what the shape of the coming digital age would be.

It showed us that the future of electronic media would be more interactive and personally engaging - that the driving force for computer improvement would be personal entertainment more than business application, and that people were ready to embrace new ways to play and interact with each other through digitally intermediated experiences. Fifty years later, with incredible new graphics and gameplay, it’s ironic how low-fi graphics and simple game mechanics can still hold the power to entertain us. 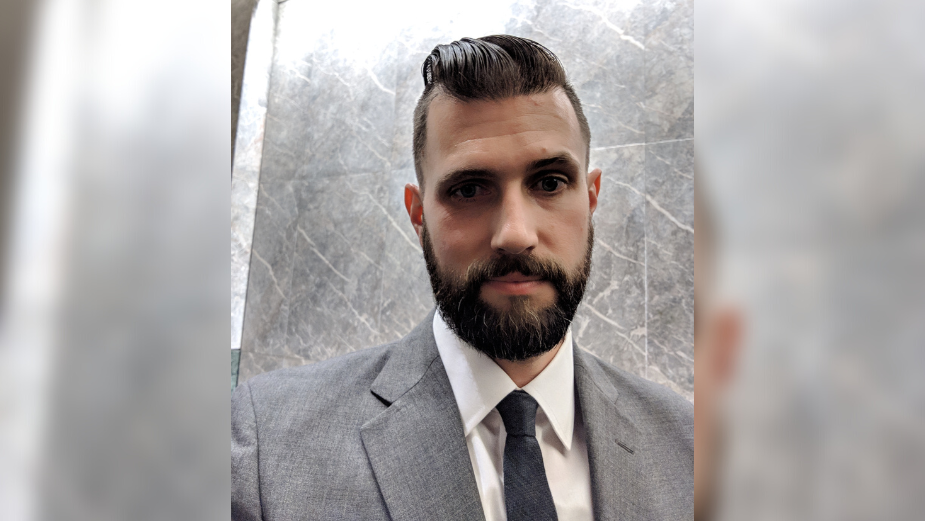 Pong is a great reminder of how such a simple experience can be so fun and captivating. Modern design and technology trends can very easily lead to complex and sometimes abstruse experiences. This simplicity makes it so accessible because basically anyone can walk up and play with little or no instructions. It’s an important but often overlooked step to remember that good design is also an exercise in what to remove.

Continuous play or reuse is another element that Pong nails. No two games are the same, no matter if you’re playing against the computer or a friend. This is true for many of the best real-life and digital games or experiences. It should allow someone to come back and get a different enjoyable experience each time and be even better when it’s social.

It’s the simple play that makes Pong so addictive. When done well in other experiences, these elements are the draw for people to come back time and again. This effortless enjoyment is something we should aim to have in all experiences. 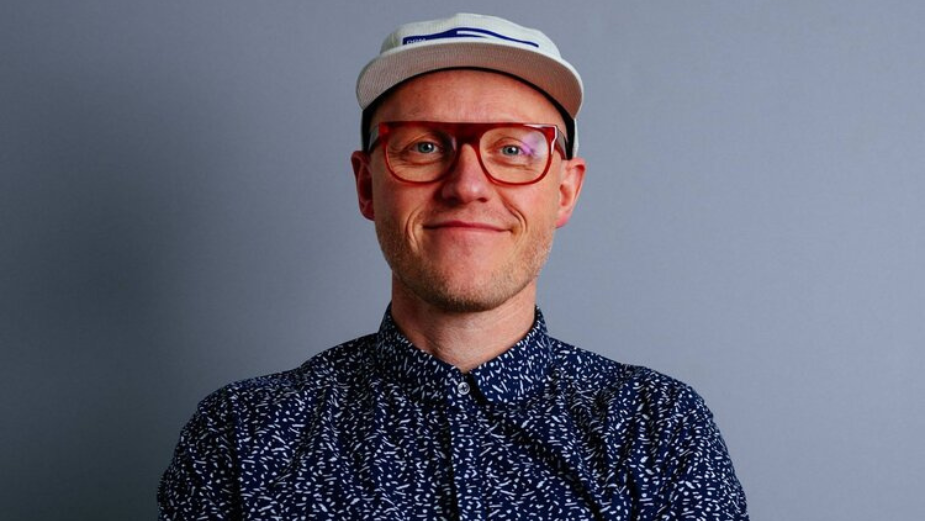 Pong was launched as an arcade game, but today, I see it as the first social platform in the digital realm. Pong was what Twitch is today; a place where people socialise while watching others play. Pong gave us our first shared digital experiences, and while we stared at the 4:3 screen shoulder-to-shoulder, we got a sense of how the notion of play - and the joint excitement around play - would someday taste.

Hello, 2022. Pong was designed not to champion winning but playing. The craze came when two people managed to return the ball repeatedly. Back and forth, back and forth. In those moments, the concept of dialogue took on a new form. It happened in-game, as an experience between us all in the room, and was as intriguing as anything we had ever tried. Therefore, we kept getting together in front of the screen, as we still do today. Because of Pong. 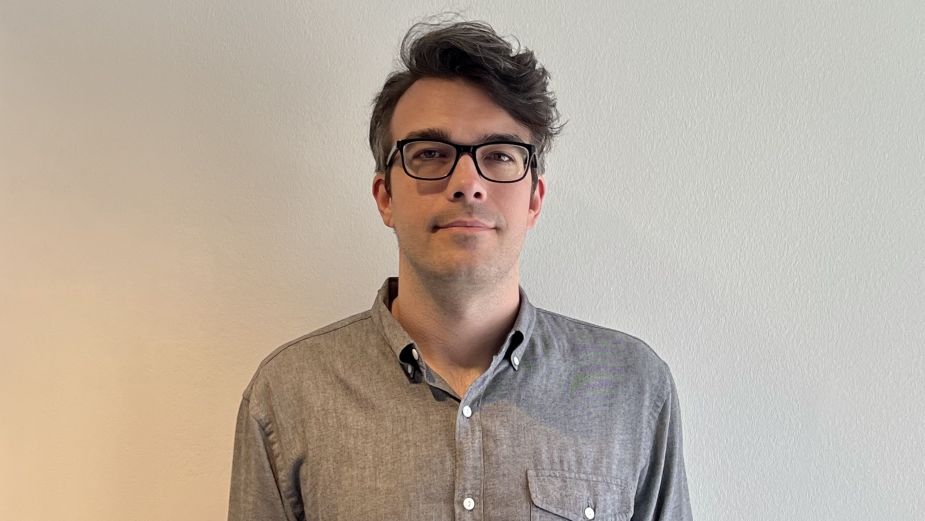 We as an industry tend to overcomplicate things, always opting for bigger, better, flashier experiences. Games like Pong were able to capture the hearts of players while delivering on two things – accessibility and fun. While expectations around graphics, progression systems, and leaderboards have evolved, players will always gravitate towards experiences that deliver on the core promise of being fun.