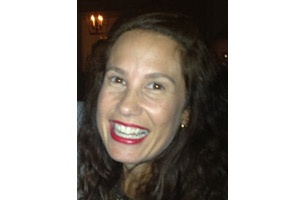 Eva Preger was “just awful” at her first ever job in advertising. She was the creative assistant to Scott Goodson at JWT Toronto (he’s now the founder and chairman of Strawberry Frog), but quickly became besotted by the production side of the industry – and it turns out she wasn’t so awful at that. Not awful at all, in fact. After a meeting with Canada’s ‘godfather of production’, she jumped into the unknown role of head of sales at Industry Films and, eventually, ended up as the managing director / executive producer at Soft Citizen, the Torontonian production company that reps such Canadian talent as The Perlorian Brothers, Aircastle and Henry Lu.
LBB’s Addison Capper caught up with Eva to find out more.
LBB> How did you wind up in the world of production? Were you single-minded growing up or did you stumble into it by accident?
EP> My mom met Scott Goodson, co-founder and chairman of Strawberry Frog, at a party for Canadian Swedes and begged him to meet with me. He courageously took a leap of faith and I became his creative assistant at JWT in Toronto (which I was just awful at, truth be told). This was my foray into advertising! I quickly became enamoured with the dark side, aka production. I was called in for a meeting by Don McLean, the godfather of production here in Canada. He set me up with a new venture at that time as the Head of Sales at Industry Films with Tina Petridis at the helm. I had no idea what that meant so I jumped right in!
LBB> Did you have any notable jobs before landing in the industry?
EP> I worked on the production side of snowboarding and I was paid to travel around to different resorts to ride and interview some of the world’s legends. That was a good time.
LBB> And then how did you end up being an MD/EP?
EP> Edie Weiss, the President of Radke Films, had asked me if I was interested in taking over a hip, small company she was backing called Soft Citizen. I loved the street cred and the creative legs the company had. I also relished the idea of not having anyone to really answer to and having full autonomy.
LBB> If so, do you miss the challenge of being a producer or do you prefer more of a desk job?
EP> I’ve always been hiding under my desk and am in awe of producers. I create the problems and they solve them.
LBB> What's the key to maintaining and nurturing a good roster of directors?
EP> The directors we have are like family and we all treat each other with dignity and respect. That, coupled with the ‘Softies’ I work with in the office day in and day out, all makes this crazy business worthwhile.
LBB> As a production company, what are you looking for in an agency to work with?
EP> Besides inspiring ideas, I would say collaboration and respect for our craft. It starts by reading the director’s treatment and ends with allowing the director and editor to present their vision to the agency.
LBB> Obviously your southern neighbours have had an interesting time of it recently - do you think this has opened any doors for Canada? Perhaps clients and talent heading north?
EP> I think we as Canadians realised how lucky we are. I have not seen an onslaught of US clients moving their business here. Production service has picked up but that’s entrenched in economics not politics.
LBB> What projects are you most proud of working on over the years?
EP> I just finished a job with john st. that was very rewarding, personally. We were in Japan shooting a job for Mitsubishi Canada, ‘A Century in the Making’. I had the honour of meeting a number of centenarians and hearing their words of wisdom first hand.
One of our candidates, Hirokata Oota, a Kendo Master, stopped the interview and said he needed to share something. He said: “Never ever forget your mother. Your mother is the most important person in the world. Your mother is the kindest person on the planet and your father is the strongest. Always remember that. Never forget that. Even from the time you are born, when you cannot see anything, your mother was cradling you in her arms and feeding you from her breasts. Never forget about your mother, and never forget to hold your mother in high regard. That’s one thing I wanted to say”. We all locked eyes and just lost it. It was beautiful and defining on so many levels. Loving my mom, being a mom and being a cancer survivor enabling me to continue being a mom and see my son grow up.
We also shot a spot for Chevy with Co.Lab (Justin Tyler Close and Jeremy Power Regimbal) and it was entrenched in tolerance and diversity. They travelled across Canada unearthing true stories and cut together an incredibly raw, poetic spot. All my non-advertising friends were blown away by that one.
LBB> Producing can present some unique challenges in strange situations. What's the most memorable challenge of your career so far?
EP> Having the courage to take over a fledgling company and being a young mom and not really knowing what I was doing, to be honest. Those were very tough days. Once I conned Dr. Link York to join the fold, things really became way more fun. We’ve been through some crazy jobs and those stories live in a vault that comes out from time to time on a rainy afternoon.
LBB> Outside of work, what do you get excited about?
EP> Hanging with my husband, my son and my big personality dog, Stella.