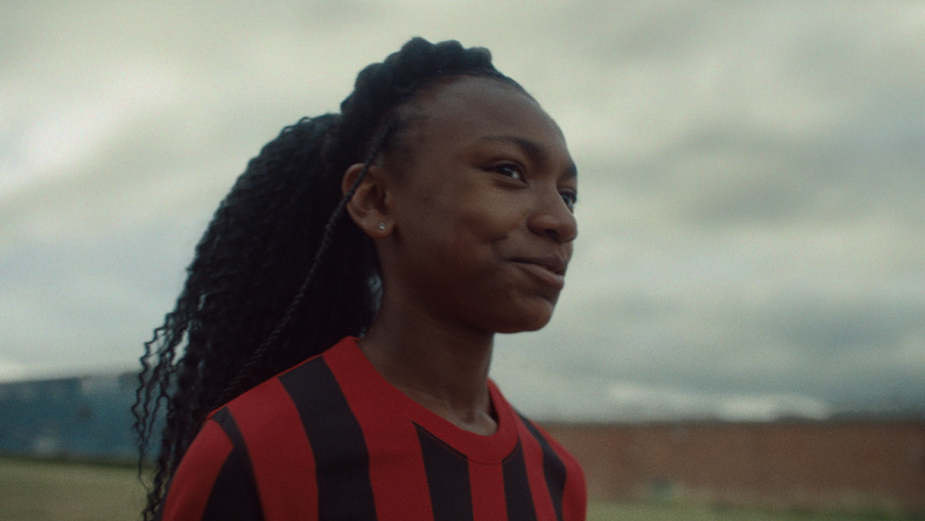 Nationwide Building Society launches its latest advertising campaign ‘Respect starts small’, promoting respect within grassroots football. Devised by agency of record, VCCP London, the campaign is part of Nationwide’s three-year partnership with The FA and communicates the importance of mutual respect in football.

‘Respect starts small’ shows how powerful it is to champion respect in the early years of childhood and also serves as an important reminder to parents of the powerful impact of positive support from the sidelines.

The new 60-second film stars 11-year-old Aysia, a talented young female footballer as she participates in a series of football matches with her teammates.

The creative is voiced over by Aysia herself, as she opens up candidly about the range of emotions, both positive and negative she feels when playing football, often influenced by those who are closest to her. The moving soundbites include the powerful things she tells herself when she plays, emotional ways she tries to overcome doubts on the pitch, and the words she remembers from adults that boost her confidence and allow her to play well. The creative cuts between different times of day, varying types of weather and different football kit that Aysia wears to create the feeling of a passage of time. Aysia is a representation of all the young girls who share a love and passion for the game, as she stresses how ‘girls can do what boys can do, and boys can do what girls can do.’ The thought provoking film concludes with the powerful message of ‘if we believe in them, they’ll believe in themselves.’

Mark Brayton, marketing director at Nationwide Building Society said:  “We want to help create a society that’s built on mutual respect and so wanted to play our part by promoting this message in a meaningful way. Nationwide Building Society was founded on a clear social purpose and our commitment to supporting our members and the society we live in remains today. Thanks to our partnership with The FA, we’re encouraging positive behaviours and sharing our perspective that ‘Respect Starts Small.’ Thanks to VCCP for handling our new campaign with creativity, care, and attention.”

Kimberley Gill, creative director at VCCP London added: "It’s been such a pleasure to work on this campaign that truly champions supportive, nurturing environments for children and young people involved in sport. Both ourselves and Nationwide have been inspired by Aysia’s own experience, which is a similar tale to many children across the UK. Mutual respect, when encouraged from the very beginning, truly has the power to change young people’s day to day life, and it’s important that we adults don’t forget the impact of our words too.”

On Twitter, Nationwide is rolling out a supporting campaign in a bid to address the shocking amount of online hate that women in football receive. Nationwide asked young females from local grassroots football clubs and primary schools to pen letters addressed to adults and football fans with their advice on how to tackle hate. Nationwide believes that respect should start small, and the letters highlight that children as young as six understand respect and how they serve as a poignant reminder and positive example to adults.

Genna Trentham, client managing director at Wavemaker said: “Despite football being a source of togetherness for many of us, the reality is that more needs to be done to tackle the disrespectful behaviour that surrounds it. Much of it takes place online, and so the use of Twitter to deliver children’s advice to a core audience of football fans during 17 Euros games is an incredibly important part of the plan. As well as this, the TV element of the campaign will launch across three of the biggest shows on commercial TV that night – Bake Off: The Professionals, Love Island and Who Wants to be a Millionaire – meaning that it is set to reach the vast majority of TV viewers that evening. We are proud to have worked on this truly powerful campaign, which rightfully promotes respect from the beginning.”

Mutual respect is a core brand value for Nationwide, and the ‘Respect Starts Small’ campaign showcases that Nationwide cares deeply about the needs of its 15 million members and their children. Following a Nationwide survey which found that 71% of the UK feel that levels of respect in society have declined in the last few years, Nationwide is committed to working with other organisations, such as The Football Association to create a more caring and mutually respectful society, in all walks of life.

Nationwide’s latest brand campaign ‘Respect Starts Small’ is live and will roll out across TV and Twitter. All media has been planned and executed by Wavemaker.