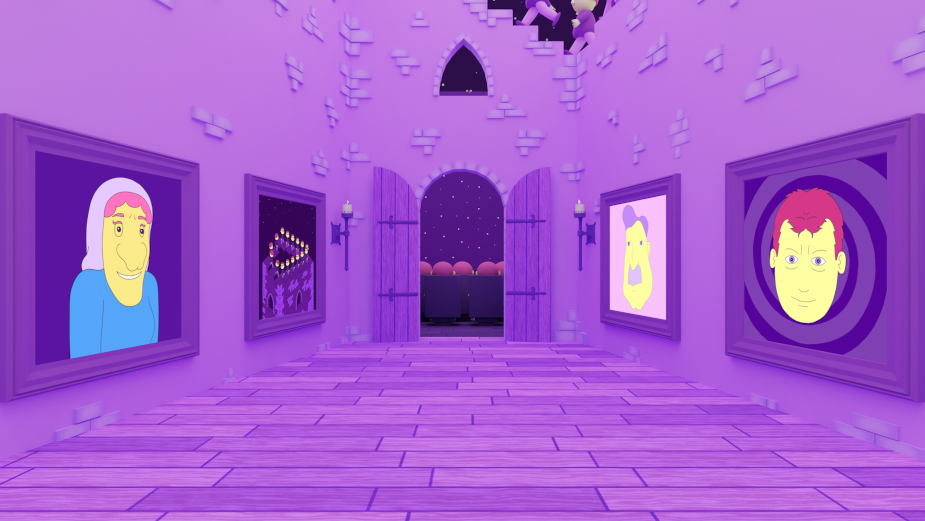 Today, VR exhibition ‘Illusion Dimension’ opens its virtual doors, bringing art to the audience in a safe and fun way.

Created by animator and illustrator Chris Cray, the exhibition comprises a gallery space and screening room showing a series of animated optical illusions.

Users are invited to choose an avatar before moving freely around the exhibition to view the work and interact with others in the space, either using the chat box or the microphone. 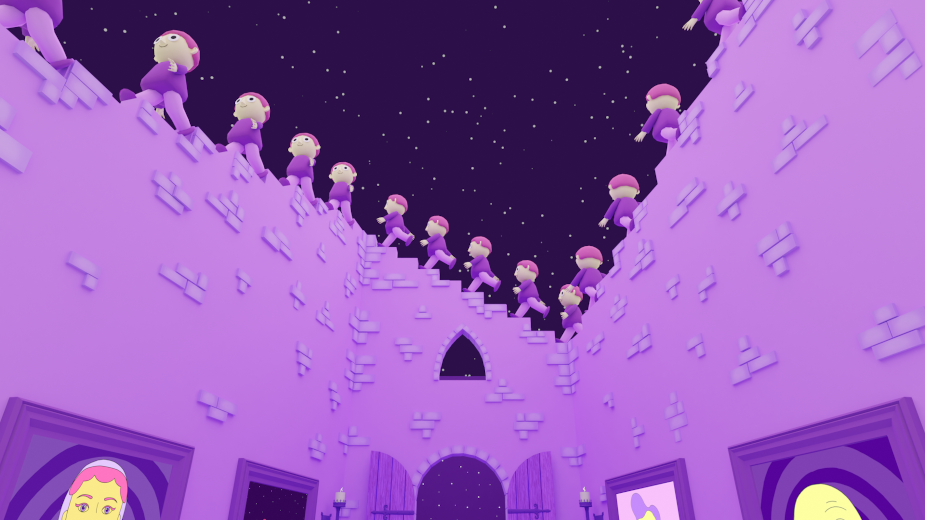 Chris comments: “I’ve always loved the experience of an art gallery’s private view or a premiere film screening. Since lockdown we’re less able to be in physical spaces, so we explored showing the work in a virtual exhibition space. I realised that since VR is also an animated world, that the exhibition space could become as much a part of the work as the films. I decided to make the VR gallery from elements found within the animated films, so it takes place within the castle beneath the Penrose staircase. This included the characters, on the wall above the audience. Characters, that we decided, should also populate the screening room. There is now a paradoxical relationship between gallery and the art that it contains, full of recursion and self-reflexivity.”

The sound was designed by musician Hinako Omori, with whom Cray has worked previously on ‘Portal’ for digital zine Onomatopoeia, which also features in the exhibition. 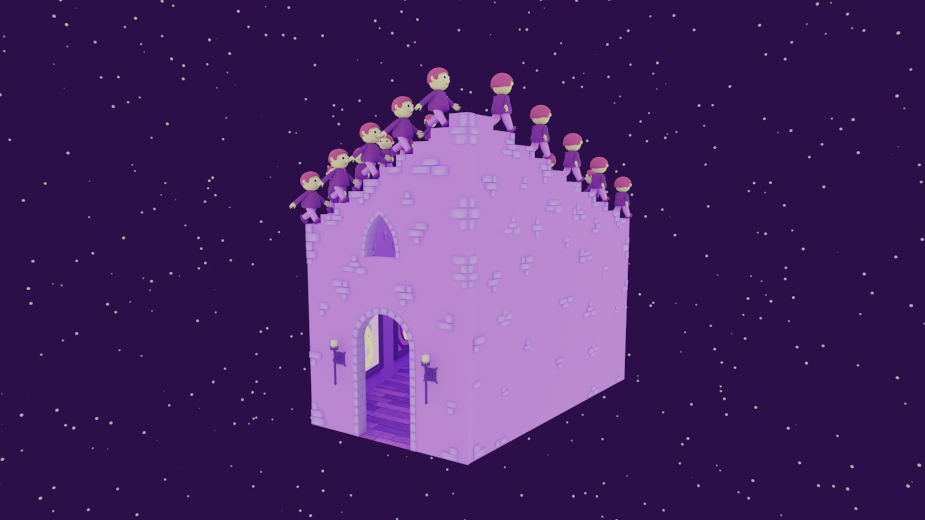 The VR world was built by Royal College of Art student Sophie Vickers, who was chosen by Cray for her ability to create highly tangible other-worlds.

‘Illusion Dimension’ will be live from 16th July - 13th August.