Uprising: Priya Dave Hones Her Craft Through “Observation and Inspiration”

Freedm’s social account manager shares how her upbringing plays into her way of working and why she’s excited to see strides in DE&I, writes LBB’s Nisna Mahtani 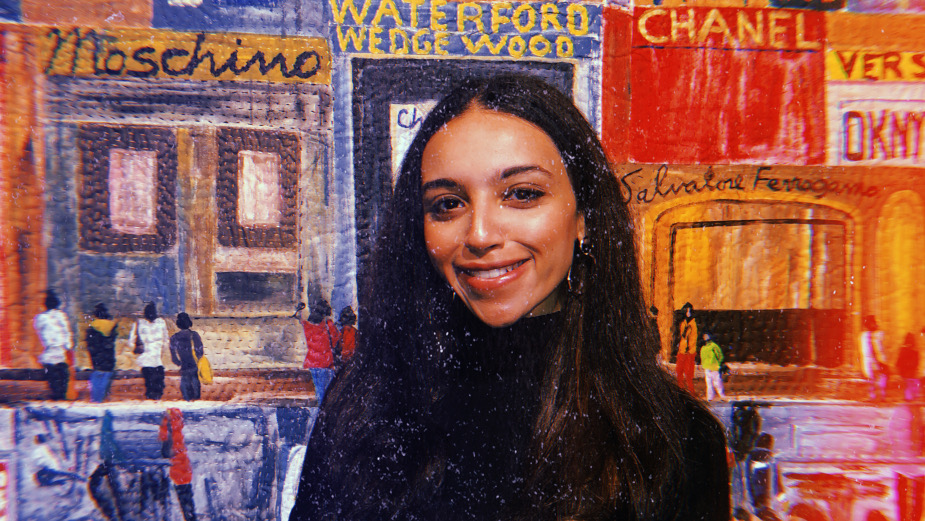 Priya Dave believes being a “jack of all trades” is nothing but a positive thing, especially when her role means she has to juggle what she calls the “big four of the social world” - Instagram, TikTok, Twitter, and LinkedIn.
A “tiny human” until the end of her high school journey, Priya found herself to be a shy, introverted child. She says, “Not much has changed, but I think now, I would best describe myself as an ambivert”, combining aspects of both introvert and extrovert tendencies as she’s matured. Based in Dubai, which has been her home for the last 21 years, Priya grew up with a love of outdoor activities, “I absolutely loved swimming, ice-skating, painting, and cycling,” she says.
With her shy personality, Priya explains how her somewhat ‘nerdy’ attributes influenced her childhood. While she mentions that “cool” wasn’t the adjective she associated with herself, some of her interests did lie in artistic pursuits. “I was always an artsy kid and loved playing with colours. That perhaps was a subtle inkling of my liking towards conveying ideas creatively and just exploring till you're happy with the result!”
Growing up in Priya’s household, she explains, “We were always taught to treat people the way we want to be treated. Be respectful, be kind.” This attitude has carried into her adulthood, where she places value on morals, “holding high moral ground and principles, and not bending them to your benefit was inculcated in me from very early on and I think that massively helps shape my outlook – both in a personal and professional environment.”
Priya’s higher educational pursuits began with her bachelor's degree in marketing at the University of Wollongong in Dubai. She reflects, “I think the experience of your uni life is unmatched and unlike any other. It's one of those phases where you can be unapologetically carefree and completely unaware of how little your worries about late submissions can be. I believe these early university years play such a crucial role in finding and developing yourself.” Part of what Priya took away from her experience at university was a changed outlook on life, “Beyond academics, I think my university days really helped me broaden my outlook, but most importantly, understand perspectives. For me, this is where I really understood how important it is to be a team player and to respect where people stem from. In a nutshell, it was intimidating but exciting.” Summing the experience up, she says, “Stressful but fun. Challenging but fulfilling. Gone but missed!”

After finishing her degree, Priya began her first role as an intern at a company which was a mixture of PR and social. Though she landed there, she explains that she wasn’t always entirely sure of the path she would go down. “It was just me trying to figure out 'Yes, but what exactly do I do?'. But it was great fun. I think that was one of the first times when I realised how important it is to have a team that makes work fun even when it's stressful,” says Priya. Calling her career path “a happy accident”, she explains her thought process, “What I knew for sure was that I wanted to enter the world of marketing, but finding my niche was really just about exploring roles until I find where my passion lies.”
On a continual journey to learn and develop her skills, Priya shares her method, “I'm still honing my craft, largely and mostly through observation and inspiration. I will forever be awestruck by the minds of creatives. Secondly, through mistakes. What's the point of making mistakes if you don't learn from them? The beauty of the creative industry is that there's no right or wrong. You experiment, you succeed, or you don't, and you repeat, and a new creative idea is born.” Throughout this continued process, over the last 1.5 years she’s learnt some valuable lessons which she carries with her. “Sometimes it's important to say no and that the power of a well-said no can be very empowering. Learning to say no to the things that don't resonate with you, and yes to the things that energise you,” says Priya. She continues, “Another very useful lesson - we live first and we work after. A great reminder that often comes in handy during stressful days.”
Thinking back to her first professional project, Priya describes the process of sharing the content she worked on with the world. “One of my first professional projects was to conceptualise and assist with executing a range of short series for a summer campaign for a leading leisure and entertainment brand in the region,” says Priya, “From creating the cutest films to promote the release of Toy Story 4 to taking skiing lessons, executing this project was pure fun.” It was this process that helped her solidify that she was indeed on the career path she wanted to be on, “A cherry on top is always seeing the content go live for the world to see. A happy team creating some memorable moments, and great content. It was one of those projects that gave me the stamp of approval and assurance to confirm this is what I really want to do moving forward.”

“I truly enjoy working for clients and brands with a very strong sense of purpose, especially when they live up to it,” says Priya, explaining some of her favourite aspects of her job. “Moreover, Freedm follows a partial retainer model, meaning a huge chunk of projects are campaign based, allowing you to work across a broad range of clients spanning different industries and from all around the world. There's so much to learn!” Lately, she’s been enjoying working on branding projects as it allows her to be closer to the creative team when it comes to collaboration. She says, “I love being involved in the process of seeing the brand's letters and lines form shape and more importantly, the brand's story come to life.”
While there are many positive aspects to her role, Priya explains the fight with algorithms that can often be an issue when it comes to doing her job, “On a personal level, I find it very hard to chase followers and likes in the social world, but on a brand level, there is a complete flip. With ever-changing algorithms and pools of content wherever you look, how do you win?... I think that's where meaningful and purposeful content steps in,” says Priya. It’s when things go wrong that her sense of “imposter syndrome kicks in” but she’s found a way to combat this feeling, “I just really try to stop and reflect. Learning to celebrate small but meaningful achievements is so crucial.”
Earlier this year, Priya worked on a project that has since become significant as a turning point in her career. The campaign focused on Dubai Airport, one of the world’s largest and busiest airports, focusing on ‘Crafting Smiles’. The process brought a smile to her face, she says, “Capturing and producing meaningful and authentic content provides a sense of hope that stories shall continue to live, and when you are having fun creating something, it automatically reflects and resonates with your audience.” Continually aspiring to achieve “Consistency in the quality of work produced,” Priya keeps an eye on the latest developments and honed her skills by keeping up to date with the “big four of the social world”, which include Instagram, TikTok, Twitter and LinkedIn. Out of these, she finds herself laughing at the humour of Twitter, which always seems to be incredibly quick to reach topical conversations.
Priya also shares her thoughts on being a multidisciplinary creative, “A controversial opinion, maybe? But I really do believe that it truly isn't all that bad to be a jack of all trades because sometimes being the jack of all trades might be better than being the master of one. Fun fact: the phrase was originally a compliment, which has now become a somewhat insult. I do believe that early on in your career, it should be acceptable to follow a generalist approach to work versus a specialist approach to work, because how are you ever going to know if you don't try?” Further explaining her point, she explains that the process of finding your niche, passions or a specialism takes being immersed in something to find out - learning “on the ground”, as she says.
Excited about the opportunities which continue to present themselves for diversity, equality and inclusion, Priya finds herself looking forward to when “companies take an active approach to DE&I talents versus a performative one.” She’s also vocal about supporting mental health within the industry, particularly related to the ‘burnout’ phenomenon. “Glorifying overworking gets me riled up. Working hard should not be synonymous with working overtime. The culture of overworking is thriving. Burnout can get very real.”
Looking to her inspiration, Priya mentions Freedm’s creative CEO Mini Nicklin and her passion for storytelling. Mimi makes her wonder, “It always gets me thinking, 'but how does a person come up with this and whip up magic overnight?'. It's something that always keeps us going and inspired.” She also finds herself binge-watching both movies and TV shows, keeping an eye out for well-narrated stories and watching live stand-up, lightening her mood. With a passion for art, fitness and travel, Priya certainly keeps herself busy, but with hobbies that tend to relax her.
“The fact that I get to learn every day, regardless of how small or big it might be, it's something that gets me going. And also, the fact that we get to create and put our work out in the world with the hope that it's going to put a smile on someone's face!”
view more - Uprising 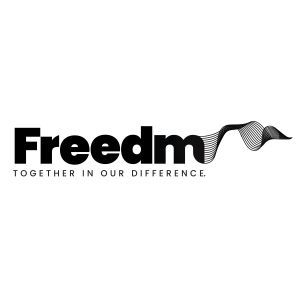 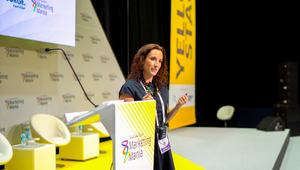 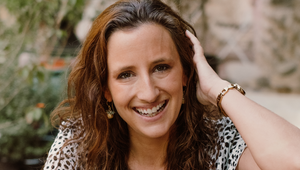 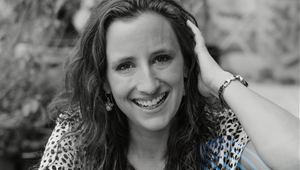