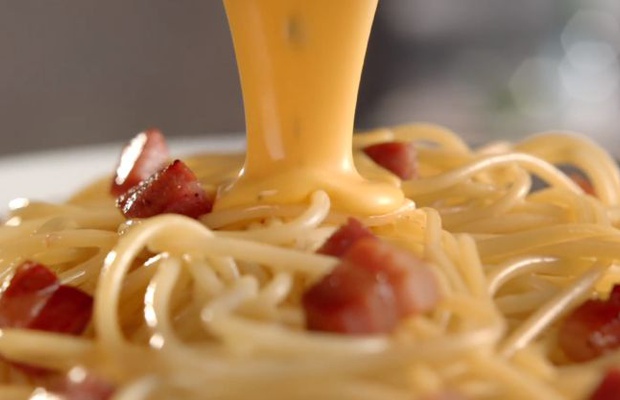 It seems like everyone’s a food fanatic in 2017. You only have to glance at Instagram or flick through the TV channels for a minute before you’re confronted with delectable delights to make your stomach grumble. Italian food is beloved the world over, from the humble cheese-and-tomato pizza to more refined delicacies like black truffles and sea urchins, the nation’s cuisine has spread to practically every corner of the world. Nobody who watched Dev make his culinary pilgrimage to Modena in the second season of Aziz Ansari’s Master of None can deny the power of Italian cuisine.

Advertising has been perfecting the art of making food look its best for decades, and who could do that better than Italians? That’s why we asked, Antonella Scoliero, Executive Producer at Milan-based tabletop production company 360FX, along with producers Federica Molé and Arianna Natale, for their thoughts on the phenomenon of their nation’s food. We also asked them to share some of their most stomach-stirring visual representations of Italian food.

LBB> Food is clearly central to Italian culture. Do you think that affects the way you, as Italians, photograph and film food?

360FX> The fact that food is central to Italian culture affects the way we film food and the main reason is that we know the raw material and so we're able to represent it at its best.

LBB> What are the easiest Italian foods to present in an attractive way?

360FX> The most known! They are so appetising that they always look good, like the carbonara pasta, the lasagne. But there are also, for example, other less known dish like artichokes a la "Giudia", because they look like flowers!

LBB> Are there any Italian foods that taste much better than they look? How do you overcome that challenge?

360FX> The Italian foods that taste much better than how they look could be the parmigiana (several layers of eggplant with tomato sauce and mozzarella with basil), the saltimbocca (thin slices of veal rolled up with ham and fresh sage leaves), the ossobuco (marrowbone in English), and the super-healthy minestrone, which is a dense vegetable soup.

The secret to making them look better is to celebrate the freshness and the vivid colours of the ingredients, trying to expose them in order to be recognisable.

LBB> How do you feel about the world's perception of Italian cuisine? Is there anything that people misunderstand?

360FX> We think that the Italian food is much simpler than the world's representation of it, the recipes are much easier to do than what most people think! What makes our dishes so good are the ingredients, which are fresh, home cooked and traditionally passed down through generations.

LBB> Which Italian food do you most want the world to taste?

360FX> The world should taste our traditional sauces like pesto from Liguria, amatriciana from Amatrice, the guanciale with pecorino-made carbonara from Rome, the ragù from Bologna or Naples.

These sauces are recommended with a full plate of traditional pasta made in Gragnano.

LBB> What films are you most proud of and why?

360FX> Technically speaking we are very proud of the oyster project directed by Ronald Koetzier because involves our two motion control robots, which add creativity to our work.

As for a TV commercial, we are very proud of our Conad film because the director Stef Viaene was able to mix our innovative technologies and the simplicity and genuineness of their products.