The agency’s executive music producer on finding the confidence to feel belonging in adland and recommitting to her pop star dreams, writes LBB’s Ben Conway

By day, Theresa Notartomaso is VMLY&R’s executive music producer, North America - tracking down some of the hottest musical talents for projects and working with brands to find their sonic identities.

By night, however, she goes simply by ‘Theresa’ - a “singer, songwriter, producer and badass boss” that has rekindled her passion for music at the age of 42, hoping to inspire people to follow their dreams. After experiencing some obstacles and having to prioritise her successful music producer career in adworld, she is back sharing her music and performances with the world.

LBB’s Ben Conway caught up with Theresa to discuss her career journey so far, how her pop star alter ego influences her life, and being a ‘Bong’ aficionado.

LBB> Was music always a passion? Did you learn instruments/sing/perform in bands growing up?

Theresa> Music has ALWAYS been a passion of mine. Growing up, we always had the radio or MTV on. One of my earliest memories was my dad giving me Laura Branigan’s album, ‘Branigan’, which had the massive hit ‘Gloria’ on it. It remains one of my favourite songs and one of my most cherished childhood moments. I was always going around the house singing or making up songs. For as long as I can remember, I wanted to be the next Madonna.

LBB> How was your journey into this industry? When did the possibility of working in the advertising world appear to you? What did you study at college?

Theresa> I pretty much fell into advertising. I had moved to NYC when I was 18 to attend Marymount Manhattan College as a communications arts major with the full intention of becoming a massive pop star. I figured it would be good to know the business. I had internships with Jive Records as well as other music-based PR firms and management companies. My first full-time job was for a woman named Joanne Schwartz. She had her own company where she represented a UK-based record label, Telstar, and its sister publishing company, Strongsongs - and managed the iconic comedic actress Sandra Bernhard. One day, she got a call from an old friend who was starting an entertainment division at an advertising agency… and that’s how I got my foot in the door at J. Walter Thompson in 2003.

LBB> When did you join VMLY&R? How has the experience at the agency been so far?

Theresa> I actually joined as a freelance music producer back in 2017 to help out on a few accounts. My experience with VMLY&R has been my favourite agency experience - there’s something very special about this place, the people and the work. VMLY&R is a massive network but it still feels so connected. Everyone’s door is always open. Not only does everyone want to collectively do the best work possible, but people genuinely care about one another and want to see each other grow. 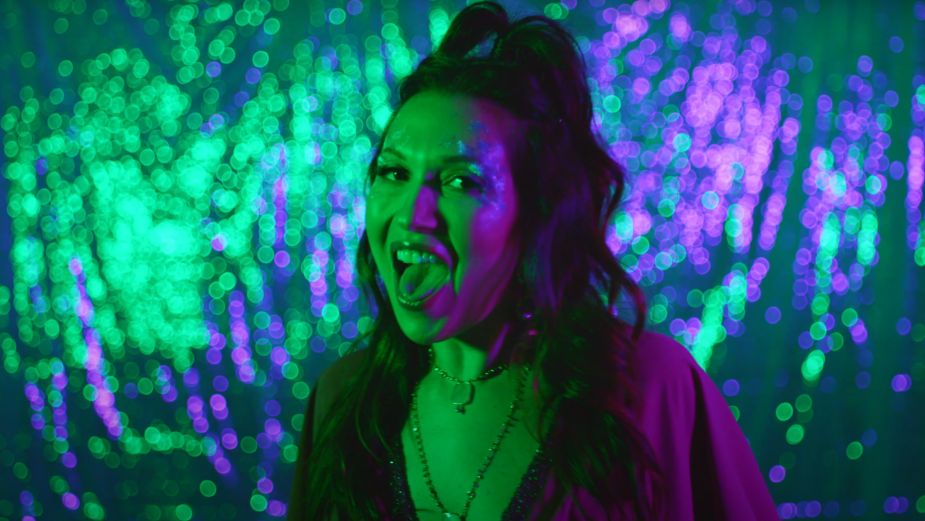 LBB> Can you talk us through your main responsibilities as executive music producer and explain how this role has evolved since you first started?

Theresa> I oversee all music production across the VMLY&R North American offices. On an average day, I can be working on a massive search for a highly recognisable song as well as working with some of our talented original music partners to create a bespoke score. I love getting in the trenches with my teams and trying to find a solution to a musical problem or issue. As a more senior member of the team and industry, I will say I’ve never been more confident than I am today - and that comes from the time I’ve put in over (almost) 20 years. Knowing I have deep knowledge, experiences, and connections helps me avoid unnecessary mind chatter so I can concentrate on my projects and help my teams bring their musical dreams to life!

LBB> How does a brand establish a musical identity? How do you start that process with a new brand partner?

Theresa> I actually love getting into the strategy and understanding the insight behind a brand’s history, as well as where they see themselves in the future. Music is very subjective and sonic branding exploratories of this nature sometimes take several months - yet most of the time, we are only given a few weeks! I do find the truth behind the old saying, ‘We will know when we hear it!’ I always encourage my teams and clients to start as early as possible - even before concepts are written!

LBB> What is a brand or campaign you’ve worked on that stands out as having the most iconic/recognisable musical identity?

Theresa> Hands down, Intel. Those five notes. Bom! Bom-Bom-Bom-Bommmmm. I had the pleasure of helping re-imagine the Intel sonic logo (aka ‘the Bong’) in 2020, and if you heard the rumour that I am somewhat of a Bong aficionado, that would be correct! 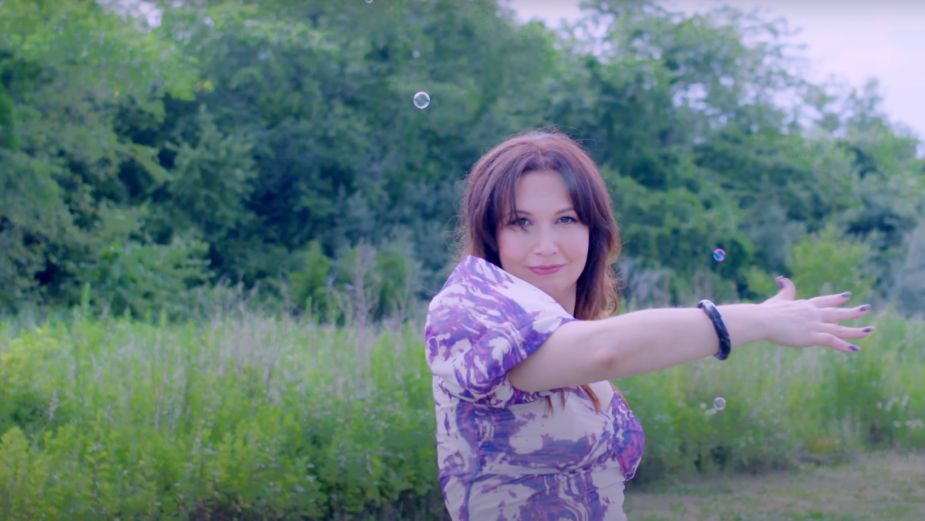 LBB> What is the piece of creative that made you want to get into the industry? And what’s one that you keep revisiting?

Theresa> Because I fell into advertising by chance, I honestly had no idea that the role of an agency music producer existed. But there are so many amazing artists who inspired me to want to be a pop singer and songwriter. First and foremost, MADONNA! But others include Duran Duran, Debbie Gibson, Mariah Carey, Debbie Harry and Billy Joel!

LBB> What is a mistake that you made or a lesson you learned that you’d like to pass on to the next generation of music producers?

Theresa> We work in a very demanding industry with a lot of creative minds and personalities. For the longest time, I didn’t have the confidence to feel like I belonged. But the beauty about this talented industry is that there are so many people with different backgrounds. Never discount what you can bring to the table. Try to get out of your head and back into the room. Share what you think is valuable. Ask questions when they need to be asked. Stand up for creative ideas and people you believe in. And most importantly, believe in yourself!

LBB> You also create music in your spare time - tell us about this dream of yours and how you balance it with work and life!

Theresa> In my spare time, I am proud to say I am a 42-year-old aspiring pop singer and hit songwriter. Although I had visions of becoming the next Madonna at a young age, I went through a bunch of personal setbacks and lacked the confidence it took to work toward that goal. In my late 20s, I decided to pursue this successful career as an agency music producer and shoved my dreams into the closet - and thought I threw away the key. Well, I was wrong. Four years ago, I had a blip and rediscovered my passion for singing and song writing. In October 2019, I started releasing song after song. Not only do I want to share my music with the world, but I also want to share my story and inspire people to follow their dreams, no matter how big or small, at any age!

Even though it takes hard work and a ton of determination, I find my whole pop star side hustle to be so much fun and completely fulfilling. Song writing is therapeutic, and I am a natural born performer and entertainer. I am so proud of myself for recommitting to my dreams!

LBB> Besides music, what do you do to decompress or stay fresh? What are some of your hobbies, special interests and habits?

Theresa> My pop star alter ego takes up a lot of my time and really helps me stay fresh. When I am not writing a new song, in the studio recording, or planning my next photoshoot, you can find me spending time with my friends and family. I love to cook (and eat!), read, and travel. I love to work SO HARD and then take some time for myself. Balance is really the key to success!

LBB> What do you think drives and motivates you at work and in your life?

Theresa> There is a burning fire inside of me that continually pushes me to keep going.  Even when I am tired and the uphill climb seems impossible, there is a voice inside telling me not to give up. I have a lot on my plate, but I wouldn’t have it any other way. I have an incredible role at an amazing agency, plus I am able to pursue my dreams. I am one grateful woman!

If you want to learn more about Theresa and her music, you can check out her Instagram and Spotify. 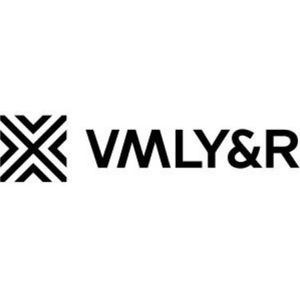 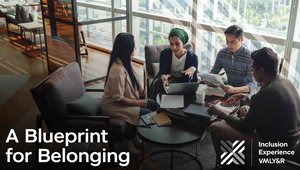 Craig Elimeliah on the Next Phase of the Internet 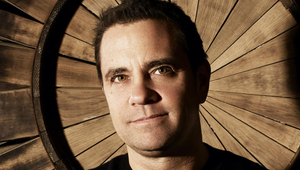 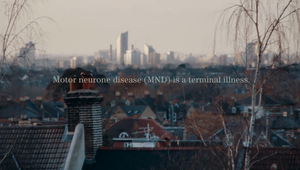 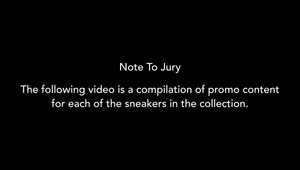 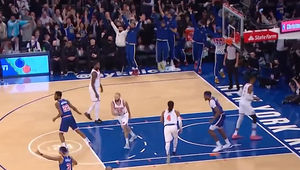 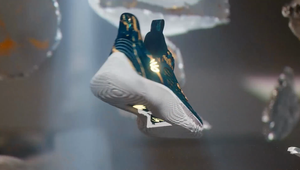