MullenLowe launches the new campaign for the self charging hybrid 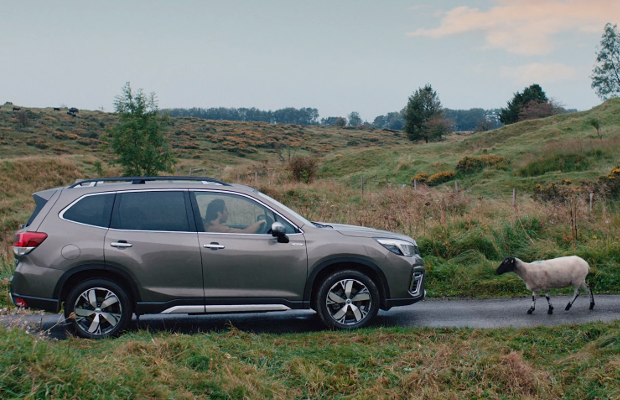 MullenLowe has today launched a new campaign, 'Flashback', for the new Subaru Forester - the first self-charging hybrid from Subaru.

In 'Flashback', a sheep crosses the road as a Subaru Forester is driving across a countryside landscape. We see the sheep's life flash before its eyes as it thinks the car will crash into it. However, the sheep is saved as the Subaru Forester uses EyeSight technology with automatic pre-collision braking to stop just in time.

The campaign highlights the Forester's maximum 5-star Euro NCAP rating - the car also has the best ever score for child occupant protection in its class.

Media is being handled by Goodstuff and launches today across TV, digital, PPC and print. The campaign is also the first time Subaru has run a campaign with dynamic radio, with over 2000 different personalised variants.

Laurence Green, executive partner at MullenLowe said: “Unlike most car brands, Subaru genuinely deserves an unfair share of our attention: they’re better where it matters, as evidenced by the happy survival of our sheepish co-star.”

Alexandra Bevan Lyons, head of marketing at Subaru said: “At Subaru, we’re incredibly proud of our commitment to building the safest cars on the road. In this ad we wanted to demonstrate just how impactful Subaru’s EyeSight driver assist technology can be. Rather than go down the line of the cliché emotive car advertising route, we chose an ad that will have standout for all the right reasons.”

Dunelm Matches Up for Partnership with First Dates

The Purpose of Humour