Set against archival footage of JFK’s exhortation to reach the moon, a group of young people indulge their passion for space flight 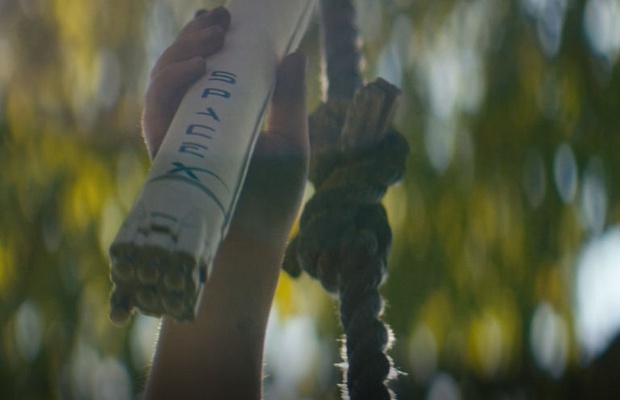 In the early 1960s, John F. Kennedy famously challenged Americans to mount an ambitious –and some thought impossible – effort to put a man on the moon and safely return him to earth. It was an audacious gambit, but one that perfectly reflected the sense of hope and potential that the dashing young leader projected, not just to his citizens but to the world.

Today the stars continue to beckon, and the most recent visionary leader to call for humans to slip the bonds of planet Earth is the entrepreneurs Elon Musk. His company,Space X, which is already making history-smashing advancements in privately-funded space travel, is the subject of a short creative film written,directed and edited by Canadian filmmaker Stash Capar.

Produced through Capar’s commercial production base, Sequoia Content in Toronto, “We Choose”presents a lyrical and visual narrative, and the only words spoken in the filmare those of Kennedy himself. T

“We Choose” is set in a rural landscape, where kids play in barns full of straw or set up their telescopes on dark nights in verdant fields to gaze upwards. Everyone seen in the film is young; in various scenes, we see a boy playing in his spacesuit, a brother and sister launching a model rocket, a child building a model of the solar system and a young boy leafing through a book about space. Throughout the film, which has an inspirational, cinematic musical score, we keep returning to the video of Kennedy, from his famous 1962 speech at Rice University in Houston, intercut with young people watching it in the present, enthralled with his words even now, 55 years later.

As the film progresses, we catch site of the name on the back of the young boy’s helmet: It’s not NASA, but Space X. Likewise, the kids launching the model rocket are using one emblazoned with the Space X name. And the boy reading the book is naturally reading about Mars, as are the young people seen earlier with their telescope,who now gaze at images of the Red Planet on their smartphones.

Capar says he was inspired to make the spec film based on his childhood obsession with space exploration, “particularly the Apollo program,” he notes. “I remember being able to rattle off all the names of the astronauts that landed on the moon.”

What really impressed him, though, was the Rice speech. “It had a spirit that was bold,brave, competitive and uniquely American,” he recalls. “My father first heard it as a teenager behind the Iron Curtain. I remember him telling me, many years later, that at that moment, he knew the Americans were going to get there before the Russians. There was this intangible quality within JFK's words that perfectly encapsulated the American spirit of exploration. To me, that was the spark that inspired a whole generation to look up at the Moon and wonder.”

For Capar – and countless others, it would seem – that bygone feeling only returned when Musk began to build Space X, which claims as one of its goals the ability to help colonise other planets, particularly Mars. As a filmmaker, Capar was attracted to the brand not only by the ambition and scope of its plans, but by its independent nature as well. Rather than being beholden to Wall Street, he notes, “Space X is a vehicle for one man’s world-changing vision. It has a clear purpose, but at the same time, it’s not a vanity project. Musk, like JFK,has set a target that will ultimately benefit not just those directly involved,but all of humanity.”

The time and setting of the film were carefully calculated, the director adds. At first, a viewer might think what they’re watching takes place when the speech was delivered, but in fact it’s taking place in the present. “I wanted to capture a timeless, rural America, far away from the lights of big cities like New Yor kor L.A.,” Capar reveals. “This is the America that produced some of the greatest inventors and leaders in the country’s history. It also produced a disproportionate number of its astronauts.”

The idea for“We Choose” has been in gestation or over a year, Capar notes. “Spec films are always a challenge, as you need to call in flavors and find a time when everyone’s available to work on the production,” he notes. The entire project,which was edited into 60 and 90 second versions, was shot in a single day. “I’m blessed to have so many great people around me, willing to volunteer their time for a cool idea,” he adds. “None of it would have happened without them.”