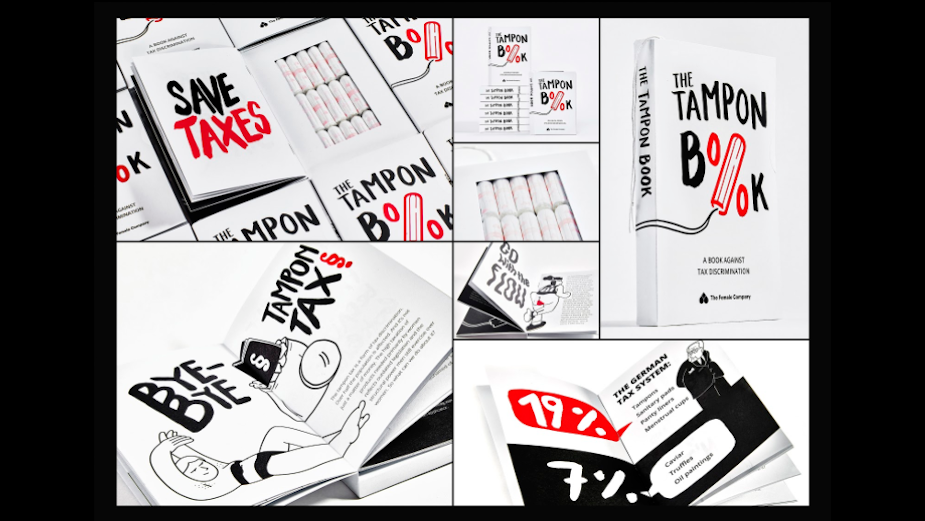 This year’s ADCE Grand Prix went to the campaign 'The Tampon Book: a book against tax discrimination' from German agency Scholz & Friends. The jury, made up of 64 leading creatives from 21 European countries have met online for the first time, due to Covid-19 restrictions, from December 11th to 15th to debate the best creative work from across Europe. And today during the Winners Announcement Ceremony, the presenter of the Gala Cristina Roman has unveiled the recipient of the Grand Prix.

‘The Tampon Book: a book against tax discrimination’

In Germany many luxury goods were taxed with the reduced rate of only seven percent while tampons were taxed with 19 percent. The Female Company outsmarted the sexist law – with the law itself: Books were taxed at seven percent. Therefore, they sold tampons hidden inside a book in order to avoid the sexist tax. A broad alliance of influencers, journalists, drugstores and politicians supported their claims. With success! On November 7, 2019, Germany abolished the tampon tax, and today they have just won the 2020 ADCE Awards Grand Prix.

The Best of Design and Advertising Awards

In total, there were 864 creative works entered into the 29th edition of the ADCE Awards. The 41 winning works awarded 'Gold' in the different categories are:

- TV/Cinema Commercials: 'Breaking the Silence' by VMLY&R for Post Bellum.

- Special Outdoor: 'Hang Your Rent' by NOSSA for Dia Minipreço.

- Interactive & Mobile - Any Other: 'ESTREIA-TE' by FOX Creative by FOX Networks Group Portugal.

- Editorial Design: 'Made in Fukushima. A book made out of rice straw grown on decontaminated farmland.' by Serviceplan Germany for Meter Group.

- Corporate Brand Identity: 'The Mozart' by Bruch—Idee&Form for The Mozart Hotel.

- Illustration: 'An Illustrated Homage to Print by Christoph Niemann' by ZEITmagazin for Zeitverlag Gerd Bucerius.

- Point of Sale Experience and Activation: 'The In-Between Water' by TBWA\Helsinki for Alko.

- Promotions: 'The Tampon Book: a book against tax discrimination' by Scholz & Friends for The Female Company.

- New Use of Media: 'Birds Records' by BBDO Moscow for WWF Russia & Yandex.Music.

- New Use of Media: “#TakeMEMEHome” by BBDO Moscow for PEDIGREE® (Mars LLC).

- PR / Events: 'LIFEBOAT - The Experiment' by Serviceplan Germany for Sea-Watch.

- PR / Events: 'The Wedding of Siri & Alexa' by Serviceplan Germany for Vienna Tourist Board.

- PR / Events: 'The Tampon Book: a book against tax discrimination' by Scholz & Friends for The Female Company.

- Integrated and Innovation for Non-profit/Public Service/NGO: 'The Tampon Book: a book against tax discrimination' by Scholz & Friends for The Female Company.

- Best Use of Data: 'Printed by Parkinson's' by Innocean Berlin for Charité Berlin University Hospital.

- Best Use of Data: 'addresspollution.org' by AMVBBDO for Central Office for Public Interest.

- Communication ideas: 'Inside Stories' by Jay Parekh and Alex Morris, from United Kingdom.

‘LIFEBOAT - The Experiment’, the ADCE European Star Johannes Newrkla Award winner campaign is a one of its kind PR-Stunt. To regain awareness and media coverage for the refugee crisis on the Mediterranean Sea and Sea-watch, they invited journalists of Germany's biggest newspaper and selected influencers to participate in a simulation to experience only a fragment of what it really takes to cross the Mediterranean. The experiment instantly became world news reaching over half a billion people with +1100 published articles.

The Award was created last year and still looks for ideas that reflect European values such as diversity and inclusion, environment and sustainability, freedom, justice, and peace promotion. This year, the Award has changed its name from European Star to European Star Johannes Newrkla Award, as a tribute to the founding Member of the ADCE who recently passed away due to Covid-19.

Similarly, the new ADCE Genius Loci Award has been created to celebrate the values of Europe’s diverse local cultures. It rewards creative excellence with the power to reveal a European location’s distinctive atmosphere, the spirit of a particular place within the exceptionally rich European cultural heritage. This year’s Award has been for 'Hang Your Rent' by NOSSA for Dia Minipreço.

In 2018 Lisbon was trending, but with the tourism also came gentrification. In just three years the number of Airbnbs skyrocketed by 400% and put pressure on the rents that rose by 40%. To help the residents pay the increasingly high rents Minipreço, a supermarket part of DIA international group, created an out-of-home advertising network on their clotheslines where all the profits went to the families who live there.

Johannes Newrkla has been rewarded with ADCE’s 2020 Creative Distinction Award, a recognition for creativity with a profound social and cultural impact. He was the Managing Partner and co-founder of Merlicek & Partner, and previously CEO of Bluetango, a Vienna based advertising agency he started after studying architecture and marketing, when he ended up in advertising as a consultant and creative. As a genuine European and a border crosser he has been a founding member of the Art Directors Club of Europe. For eight years, he has held the presidency of the ADCE, and has been our Treasurer until this year 2020. Johannes has won many national and international awards and was member of many international juries, president of ADCE Awards, The Cup (Intercontinental Advertising Cup), Golden Drum, CCA-Austria, Die Klappe (Germany) and many others.

ADCE Board decided to award Johannes Newrkla with the Creative Distinction as he passed away in March 2020, victim of Covid-19. He was the only Founding Member still on the ADCE Board and he has tirelessly been working to promote excellence in European creativity for more than 30 years. He believed in Europe and worked to elevate the standards of European creativity through the ADCE. "Unity in Diversity" was one of his mottos and he was always enhancing the best creativity from senior and new generations.

This award exists outside of the traditional ADCE Awards programme, and it focuses on creativity that has a profound social and cultural purpose. It is decided upon by the ADCE board, composed of representatives from each of the 23 member clubs from across Europe. 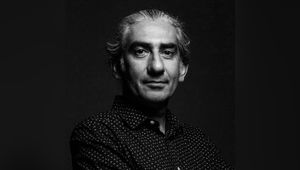 How Collective Creative Culture Can Take on Global Challenges: The Creative Incubator’s 2021 Mission 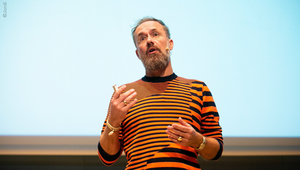 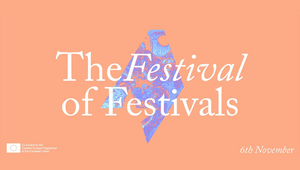 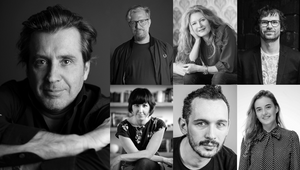