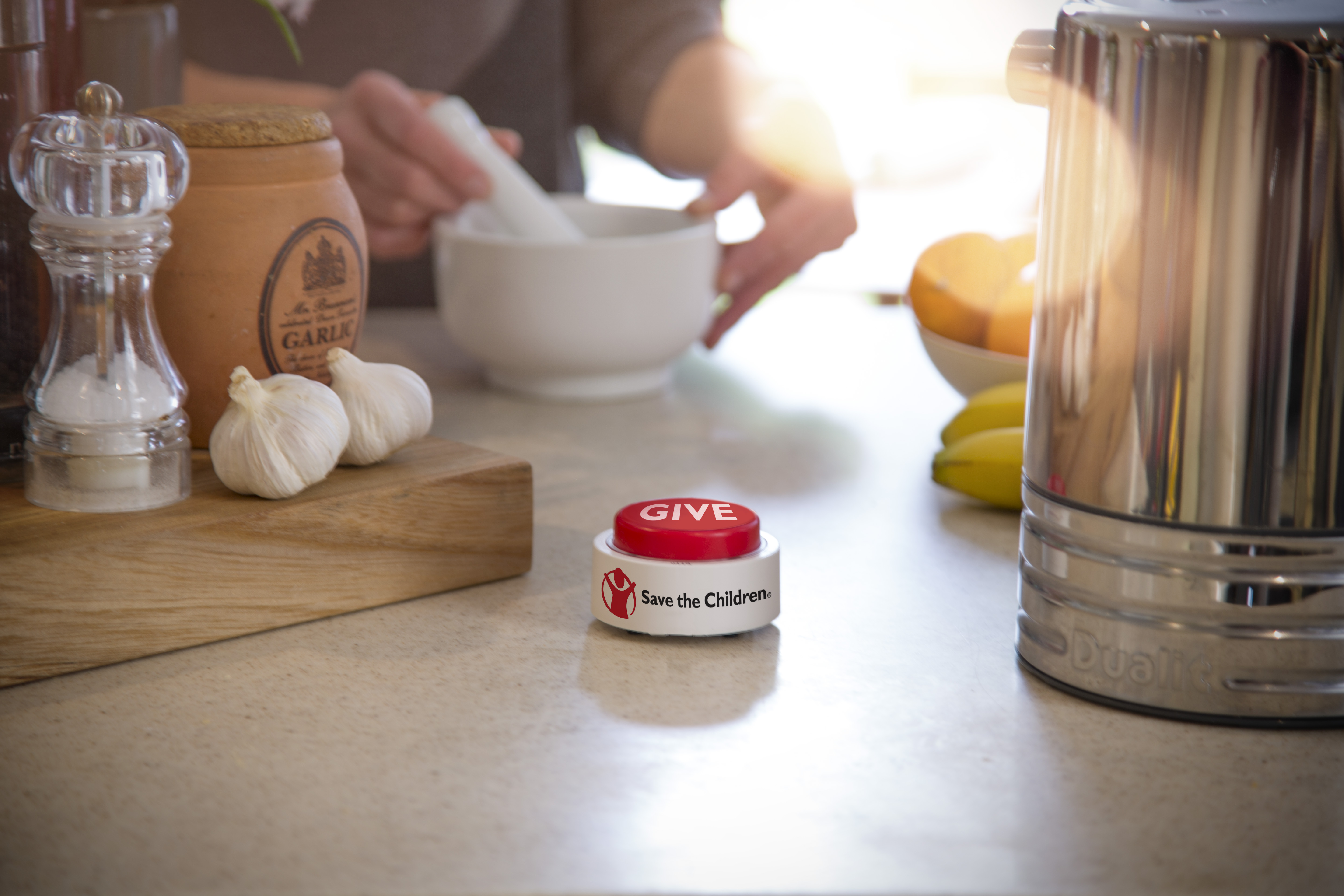 Save the Children has developed a physical Give Button offering donors access to frictionless one-touch giving, on impulse in the home. The button, currently in prototype stage, has been designed for supporters who want a way to give frequently to a cause they believe in, but without the hassle of initiating a one-off donation or the commitment of a regular monthly payment: a symbol of support that allows them to give.

Save the Children has a track record of harnessing advances in payment technology to make giving easier for supporters. It was an early adopter of regular donations via mobile and the first charity to pilot contactless donation tins back in March 2015 through its partnership with Visa. This latest innovation could help future-proof charitable giving. Developments in the payments sector means consumers demand increasing levels of convenience, control and flexibility when it comes to paying for things; a physical Give Button which a supporter can configure to suit them could mean charities are able to deliver a seamless and satisfying donation experience.

Sector research has shown that 62% of donors drop out of the donation process online despite their good intentions. The point at which donating, especially a small amount, to charity becomes a hassle is the point at which a lot of people don’t bother. This advance could help tackle that issue whilst also addressing donor apathy and engagement rates. Four out of five charity donors rate their levels of engagement with their chosen charities as ‘neutral’ with Direct Debit donors amongst the least engaged.

Sarah Fitzgerald O’Connor, Senior Innovation Manager at Save the Children says: “For some of our younger supporters, a Direct Debit that you set up and forget is not an engaging, appealing way to support a cause you really care about. They want to feel they’re actively contributing, in real-time, in response to world events and this solution gives them that physical, tangible experience.

“With the Give Button, if they are at home and hear about children suffering and in crises around the world, they could choose to do something about it there and then without the effort of going to our website and filling in forms. We hope this will appeal to an audience who are motivated by the ease and satisfaction of doing something to help in the moment.”

The Give Button prototype has been developed for Save the Children by The iris Nursery, the innovations and ventures division of global creative network, iris. The iris Nursery developed the ‘Easy Order’ button, a physical one-touch instant order button for Domino’s pizza, which was successfully introduced to the market in 2015. As a result, the charity approached the incubator for help in developing the button as a way to harness similar technology as a force for good.

David Caygill, Managing Director, The iris Nursery says:  “Finding ways to make giving both easier and more tangible is essential to create a sustainable future for charities. The best technology feels effortless and magic and the Give Button could be one of those great applications – removing friction and most importantly, leading to more frequent donations.  It’s brilliant to be helping Save The Children harness emerging technology to power their good work across the world."

Sarah Fitzgerald O’Connor continues: ”If you can order a pizza or washing powder by pressing a button, you should be able to act immediately to help children suffering in East Africa, Yemen, or Syria. In that way, it’s more than just a button, it’s a lifesaver."

The idea for the pilot would be supporters are given the option of receiving a physical Give Button in the mail, which would be connected to the Internet via mobile data. The simple online signup process would ask donors to set up their personal details and payment methods just once, as well as agreeing a set donation amount for each ‘press’. Donors will receive confirmation and feedback by text message and payments can be easily cancelled if pressed by accident. Monthly limits can be set if required.

Save the Children is currently looking to test the Give Button as part of one of their bigger campaigns and exploring how collaborating with other interested parties could help develop the idea further and make it as cost effective for the sector as possible.

Now That’s What We Call a Christmas (Ad) No 1

abrdn Celebrates the Power of Investment with Special Build