Slider launches the biggest, boldest and most urgent campaign of Save The Rhino's 25-year-history to call on the public to ‘give some so rhinos can get some’ 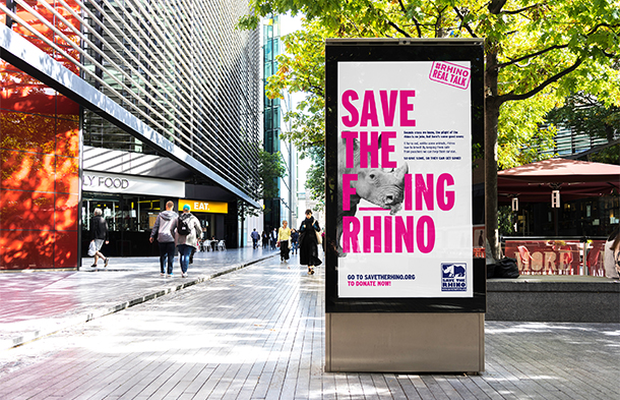 The #RhinoRealTalk campaign has launched with an impactful 'Save the F---ing Rhino' creative that focuses on rhino breeding and aims to spark a global conversation about rhino sex.

Born out of the insight that rhinos are pretty good at breeding if we leave them alone to get on with it, 'Save The F---ing Rhino' is the biggest and boldest integrated campaign that Save the Rhino have ever done.

One of the programmes supported by Save the Rhino, the Sumatran Rhino Sanctuary, is a project focusing on the successful breeding of Sumatran rhinos. With so few animals remaining, and those that do in isolated pockets, it’s difficult for Sumatran rhinos to find each other to breed. The Sanctuary is a semi-wild environment that is currently home to seven rhinos, including two born via natural matings, Andatu and Delilah. 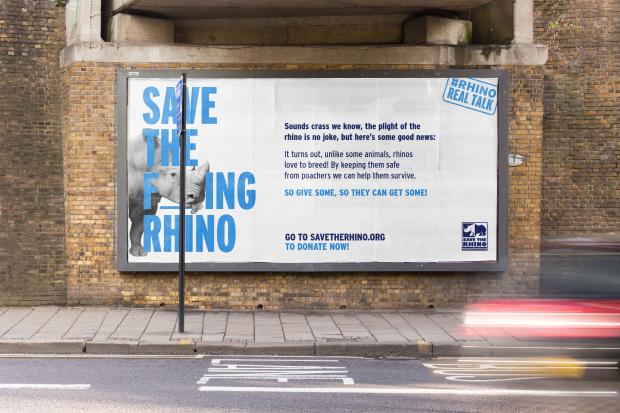 Save the Rhino International’s CEO, Cathy Dean, says: “It’s a Western urban myth that rhino horn has been used as an aphrodisiac for centuries. Ironically, criminal syndicates have seized upon this false understanding and have started to promote rhino horn as an aphrodisiac in Southeast Asia, at the same time reducing rhinos’ chance of reproduction. While the situation has showed slight improvement, with a reduction in poaching figures last year, there is still so much to do. We’re launching this campaign to share the real message that rhinos are still in trouble, and our help is urgently needed.”

In the past year, two major UN reports have given us the clear message: we have 10 years in which to turn things around or we face dramatic changes to our planet’s climate and the sixth great extinction of life on Earth.

The integrated campaign has been created by a pro bono, interagency team including Slider Creative and See.Saw Communications, in conjunction with SRI’s in-house team, and includes digital advertising, social media, outdoor, PR and experiential activity across London. The aim is to raise £20,000 in unrestricted funds and attract younger supporters who are increasingly engaged in environmental issues.

Steve Lucker, founder of Slider Creative, adds: “We’ve been working with the team at Save the Rhino to help support their continued work and convert their knowledge on the subject into new, exciting campaigns. We immediately and collectively realised that the matter for rhino conservation is now so urgent that we needed to be almost brazen in our messaging to get the attention we need, but to do so with real insight; in this case that rhinos are pretty good at breeding if we leave them alone to get on with it.

It was important that the message offered hope for people to rally around. This subject matter is very important to us as an agency, and we're determined that this has the impact on donations that is needed.” 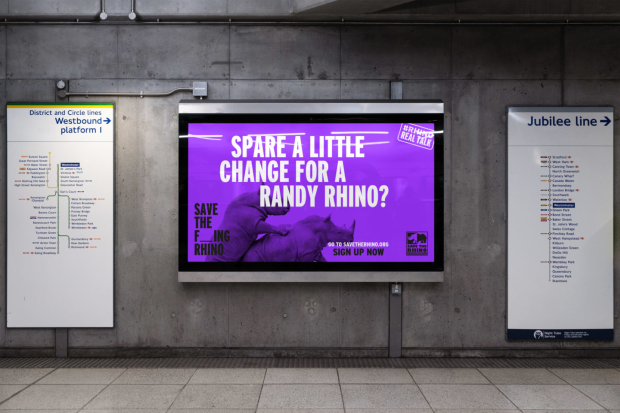 Slider Creative have been working with Save The Rhino International on a pro bono basis for the last six months, and this campaign is the first activation as part of an ongoing partnership.

To find out more about the charity campaign, visit here. 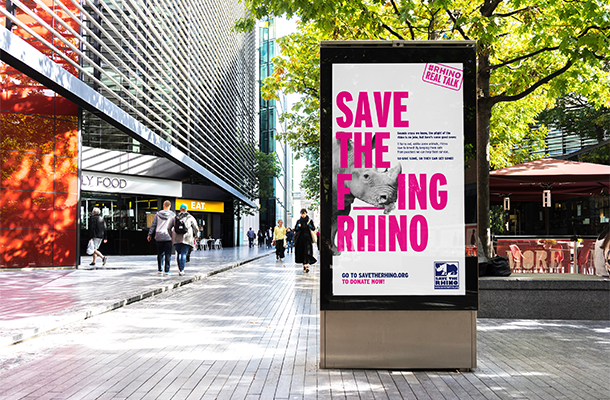 Brand: Save The Rhino International