One Asia Creative Awards Adds Typography as a Discipline, Announces Dedicated Jury for 2022

Awards and Events 58 Add to collection 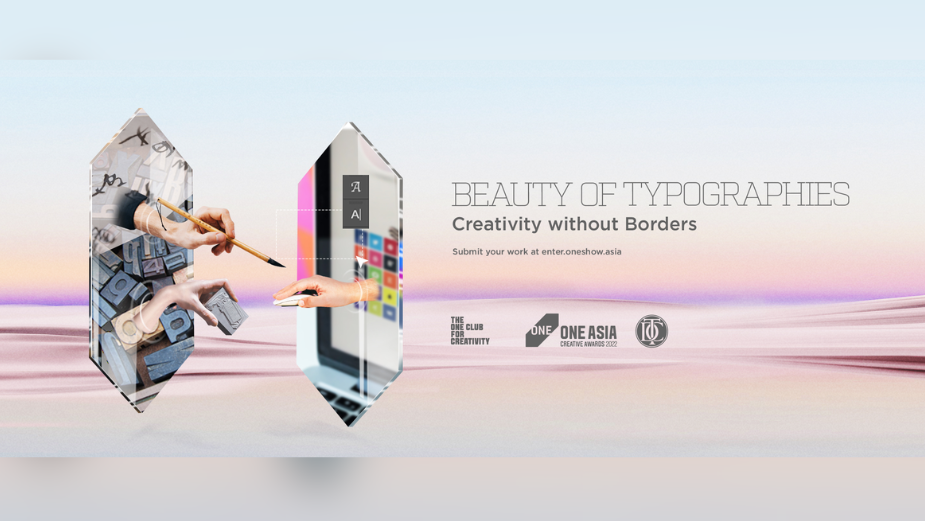 In recognition of its fundamental importance in all forms of communications, Typography, Type Design & Lettering has been added as a separate discipline with its own jury of experts for the 2022 One Asia Creative Awards, produced by The One Club Asia.

The dedicated jury of leading type practitioners, designers, and lettering artists from throughout APAC was assembled by the Type Directors Club, the world’s leading typography organization and part of The One Club for Creativity.  The jury will evaluate how typography is created and used in varying forms of advertising and design in the region.

The esteemed Typography, Type Design & Lettering jury is as follows:

A complete list of the more than 80 creative leaders from 19 APAC countries and regions who will serve on One Asia juries can be found here. Online judging will take place in October, with finalists announced in November. Gold, Silver and Bronze winners will be announced in late November.

Entries are now being accepted, with fees increasing after each deadline period.  Regular deadline is August 19, 2022, and the final deadline is September 16, 2022.

“Typography is increasingly valued by commercial design—which is good, because the efficiency and accuracy of typography in visual communication is incomparable to other design techniques.” said juror He Yuxuan, designer, Hesign Studio in Shenzhen. “I’m very happy and proud to be included in the jury.”

“The typographic creativity in the region is booming.  There are so many scripts, and rich histories, from which designers are pulling;” said Ksenya Samarskaya, managing director at TDC, which became part of The One Club in 2020.  “At the same time, there are many opportunities to bring more of that typographic richness into the digital realm via the availability of typefaces or custom lettering.  I’m excited that a group of such talented and accomplished judges will gather to discuss, and celebrate, what’s currently taking place.”

After years of running The One Show Greater China, the club expanded the scope of the awards last year to include all of Asia Pacific as One Asia.  Entries in 2021 were received from 17 countries and regions in APAC, with winners representing 14.

Starting this year, One Asia is now part of The One Club’s renowned Global Creative Rankings for 2023.  One Asia awards won by agencies and brands will now gain them international recognition in their own right, and contribute as appropriate to network and holding company global rankings totals.

The One Club Greater China office was founded in 2000, hosting a series of youth events in China, and added The One Show Greater China Awards and related Creative Week programming eight years ago.  In the past 20 years, the team has focused on promoting creativity in the APAC region, and greater communications between Greater China and the global industry.  This expanded focus prompted the office to rebrand this year as The One Club Asia.

Entries are now being accepted via One Asia Online System.