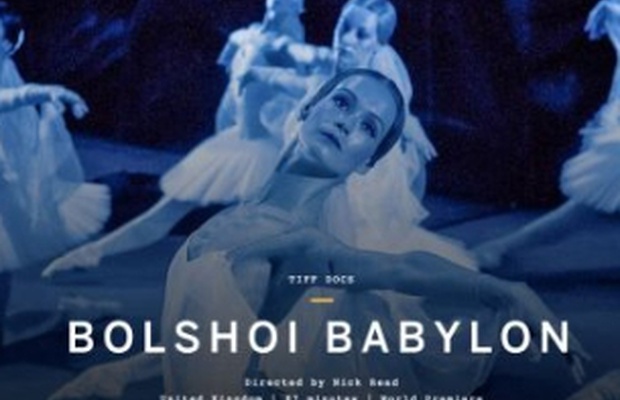 Bolshoi Babylon, scored by Eclectic and audio post-produced by Greek Street Studios, is to receive an extensive nationwide cinema release in the UK this weekend.

From Nick Read, the acclaimed director of The Condemned, Simon Chinn, the double Academy Award-winning producer of Man on Wire and Searching for Sugarman, and Mark Franchetti, the Moscow Correspondent of The Sunday Times, the film offers an exclusive behind-the-scenes insight into one of the world’s most secretive institutions; Russia’s Bolshoi Ballet.

Funded by HBO, BBC and Altitude, Bolshoi Babylon has been dubbed "a veritable hotbed of scheming, backstabbing and favouritism” by The Hollywood Reporter and as “stunning. The real life Black Swan” by HuffPostUK ahead of its cinema release.

Housed within the same building in Greek St, composers Smith & Elms and sound designer/composer Dan Weinberg were joined by Read in their studios to complete the music and sound over a six week period. Dan explains: “Simon (Elms) was literally next door scoring whilst I was sound-designing and Nick was able to run between us - seeing the whole thing come together in real time.”

Simon adds: “If Nick felt there was ‘too much in a music cue’ or ‘could we try layering the film differently’,  every half an hour I could come running back saying, ‘listen to this’, rather than waiting weeks for the project to shuttle between companies. By yo-yoing between the rooms we were able to figure out the final film in a time-frame that was extremely fast for a feature documentary.”

As well as 45 minutes of composed music and the traditional featured ballet music there was also a huge amount of ambience and sound designed texture added to help the narrative along. As Dan explains: “Finding the perfect balance between the dark nature of the narrative and the delicacy of ballerinas was a challenge.” To which Simon adds, “Documentaries have to be about the truth but also need to entertain so the skill of the composer and sound designer is make sure that they don’t over egg the visuals with unnecessary drama while still being engaging - so over egg with unnecessary drama but don’t be obvious about it.”

Dan concludes: “There’s not been anything like it. Black Swan was hugely successful in a fictional sense, but nothing has looked at ballet – especially the Bolshoi and Russia – in this context.”

Bolshoi Babylon launches at select cinemas nationwide from Friday 9th and will air on the BBC in the UK and on HBO in the US later in 2016.