Up and coming animation director on hand drawn animations, '90s influences and his plans to make the best Christmas ad ever 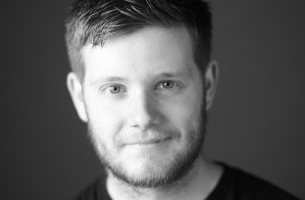 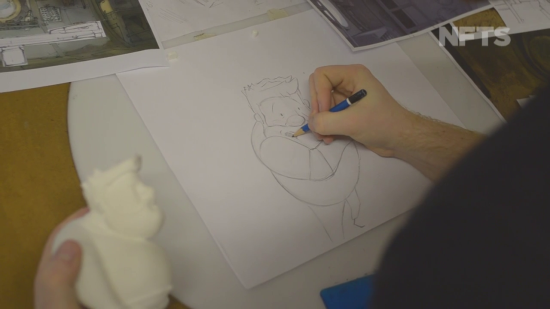 As for the real sets, it was something I had always wanted to integrate within a film of mine and I was just waiting for the right story to use it in. I was very fortunate to have an incredibly talented team at the NFTS and I really wanted to use their talents to make Perched the best film it could be. Some directors have a vision and stick to it because it’s theirs and they will order their team to fulfil it. I have the opposite approach; I wanted them to be more involved with the style and look of the film, which is why I decided to incorporate real sets. I thought that if you have the talent to do so why not try it? I had a very talented cinematographer, Dan Atherton, and we talked through ways in which we could create a distance between the character and his environment because, ultimately, it’s a danger to him and we needed to show that. It’s very tight and claustrophobic inside the submarine and to get that across we decided the inside must be flat 2D and when he steps outside it becomes a 3D built space. This transition gives a bigger sense of space and makes him seem more vulnerable which adds to the tension built throughout the story. 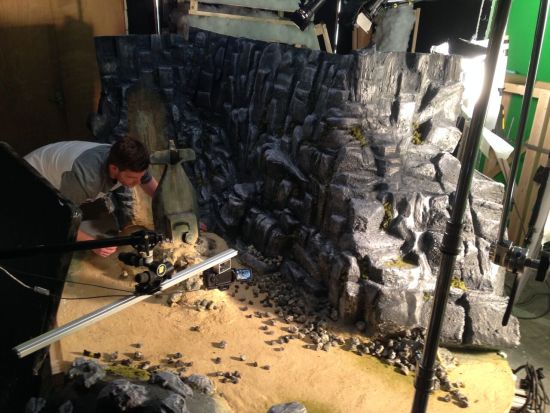 In terms of challenges within compositing I would say the most challenging thing was the crash zoom shot that shows the position of the submarine on the mountain for the first time. We wanted a big reveal that comes unexpectedly, catching the audience off guard. It’s the shot that probably took the most takes in the film as it incorporated the most techniques in one shot, as we go from a close up of a 2D drawn Hamish, to a reveal of a fully built model set with a matte painted sky and CG clouds.
LBB> What are you working on right now and do you have any future plans or projects that you’d like to mention?
LH> Yes, I’m currently in pre-production on my next animated short film with another script for a slightly shorter film in the works too (titles of which are to be released soon). Like Perched I’m making sure to set the right tone in the script first before marching on into production. I learnt from an early age that you can’t polish a bad story by making it look nice; so all my time at the moment is being spent writing the best stories possible.
As well as that I’m working with writer Matthew Bartlett on a super short animated horror comedy, which we’re hoping to send off to Random Acts in the coming weeks. It’s a project that’s a little out of my comfort zone which is good because it’s always great to explore more genres, which will only help me develop as a filmmaker. I feel it’s good to have more than one project on the go because it means you don’t get sucked into only caring about one thing which can sometimes make you overthink the story, and possibly hinder it in the long run – so having a super short film to work on for a month or two is great. These projects, along with some potential animated commercials in the pipeline at Glassworks, makes right now a very exciting time.
LBB> What in your opinion is the hardest part of what you do as an animator?
LH> I would have to say getting the story right is the hardest part. The story has to be right for it to be successful and enjoyable for the audience and that can take a long time. The amount of drafts and various versions of the story you go through can be quite overwhelming and sometimes just when you think you’ve got it you look back over it and you have to make more adjustments. The animation and overall production of the film is the easy part in my opinion because, if you have a strong story, you know what it is that you’re trying to achieve. Everything after that begins to fall in to place. In some cases achieving the best story can come in the edit at the end. The edit is my most enjoyable part of the process because you can polish and refine it to be the best it can be, whilst knowing the core of what you wrote at the beginning is still there. 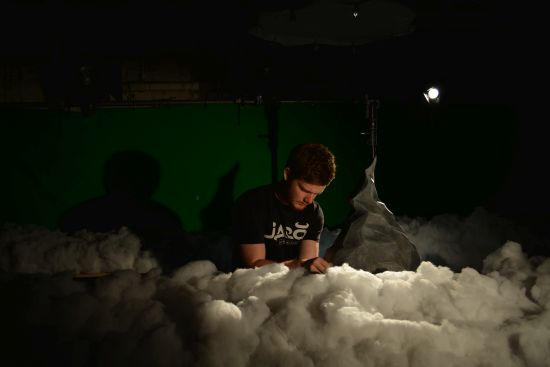 LBB> What do you hope to do in commercial filmmaking? What’s your dream project?
LH> My goals change at various points depending on what it is I’m doing. I know that when I was a kid I always dreamed of directing an animated feature film – which still is a dream of mine – but there are things within commercial filmmaking I want to achieve first.
I’ve always been a big Christmas fan and directing a Christmas advert is definitely a new goal of mine. In the last 10 years companies have gone toe-to-toe with each other on who can create the best Christmas advert and out of those have come some wonderful short films. To name a few, John Lewis’s ‘The Bear and the Hare’, The Spanish Lottery’s ‘Justino’ and even Sainsbury’s ‘MOG’ commercial, all of which are animated and share a similar tone for storytelling as me. So, I think that’s the challenge I would like to take next for sure.
Liam's Showreel - http://www.glassworks.co.uk/production/director/Liam-Harris