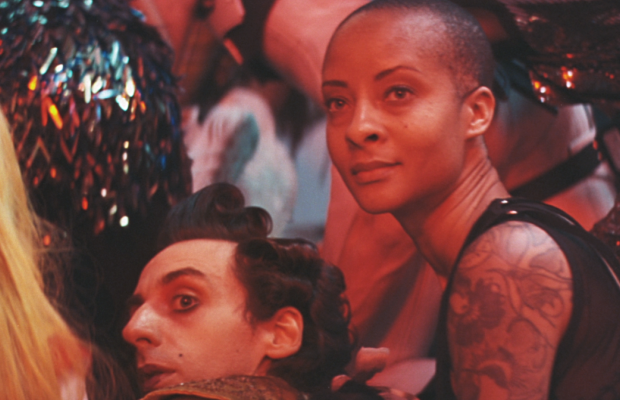 Vodafone has teamed up with agency Jung von Matt to create an ad that impressively highlights the benefits of both the technical and often complex-to-explain 5G technology.

The ad - part of Vodafone's launch for its new 5G technology campaign - opens with an eclectic group carousing in a chaotic, flashy cosmic space that takes everyone into a crowded, vibrant, rock-and-rolling universe. The lightening-speed moving, 60-second film was shot over three days in Mexico City, directed by Sebastian Strasser for Anorak Film and lensed by Joost van Gelder. The piece was edited by Spot Welders' Mischa Meyer.
The story follows a colorful world of The Internet, one heavily inhabited by people - in this case symbolic of content - overloading spaces and clogging entrances due to lame, regular internet access. The message is clear: with regular technology, content is lagging, not reaching users due to weak lines and slow speeds as a result of data overflow. It’s only with Vodafone’s home router solution GigaCube, now equipped for the first time with 5G technology, that the network finally revs up and gets going in the spot. The story closes set to the tune of sounds from indie pop singer Jax Anderson’s 'Queen.'
Speaking of the project, Mischa says: "I love working on spots with a bigger than life scale and this one, with all its extras, big sets, and full CG characters in a vast and colorful internet frenzy, brought all of that and was a lot of fun to do."
The campaign is now running 60-second and 30-second spots in the EU and can be seen online and across television.

Lexus Has a 'One Track Mind' in Zippy Slot Car Campaign