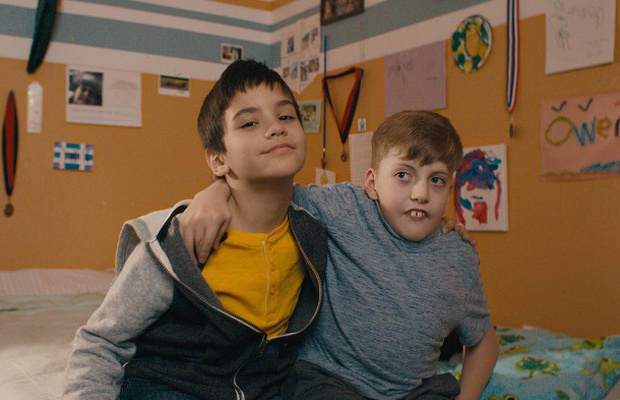 Live overnight testing from System1 Research has found that Microsoft has won the battle of Super Bowl advertising. Its ‘We All Win’ campaign featuring its adaptive controller which lets kids with disabilities play video games and use tech hardware, scored the maximum 5-Stars on System1’s Ad Ratings scale.
2019 was the year of tech with robots in a dozen ads and major brands such as Microsoft, Google and Amazon all scoring highly in the System1 Ad Ratings rankings. Microsoft’s ‘We All Win’ campaign was the highest ranking ad, while Alexa’s Harrison Ford campaign achieved a high 4-Star score, with Google’s ‘100 billion words’ also generating 4-Stars.
Only four ads scored 5-Stars throughout the Super Bowl, with 81% of ads achieving 3-Stars or below. The research, which was conducted in real time, tested 80 ads across 4 hours during Super Bowl 53, and featured over 10,000 respondents.
After a year of controversy, the NFL was one of only four ads to achieve the top 5 star rating, suggesting that whatever the public’s view of the situation, a creative big-budget ad can still please all sides. WeatherTech also scored 5 stars with an ad starring the dog Scout, showing the public’s enduring love of cute animals in Super Bowl advertising.
Walmart’s Batmobile campaign scored a high 4-Star rating alongside brands such as Coca-Cola, Mercedes - Benz and M&Ms. While some big brands truly failed to hit the mark with Burger King, Bud Light’s Game of Thrones tie-in and Turkish Airlines all achieving a 1 star rating.
Other major brands such as McDonald’s, Fast and Furious and Colgate all achieved 2-Stars. Bumble’s first campaign fronted by Serena Williams also failed to hit the mark and only achieved a 2-Star rating.
Since its launch in 2018, Ad Ratings has tested over 20,000 US TV ads. It measures the emotions an ad generates in the consumer and the intensity of that emotional resonance. This score is then weighted for business effect and a rating of 1-Star to 5-Stars is produced. The Star Rating predicts potential long-term brand growth: 1-Star equals 0% brand growth; 2-Stars is 0.5%; 3-Stars is 1%; 4-Stars is 2%; and 5-Stars is 3%-plus.
Brent Snider, president of client development and strategy at System 1 Commented: “2019 was the year the tech giants won Super Bowl advertising, with three of the traditional tech powerhouses all featuring in the top 10 ads. Microsoft proved that tech ads don’t have to be cold and technical, with an ad which combined an extraordinary product and a powerful emotional take-out. Some traditional Super Bowl ad powerhouses failed to deliver. As usual though, compared to the average night in US advertising - where over half the ads get 1-Star and generate zero growth - the Super Bowl delivered.”