Mental Health is on Every Screen, Things Look Different Behind the Camera

Mental health problems affect one in four people in the UK, so why is the production industry so quiet about its own issues?, asks Jonny Kight 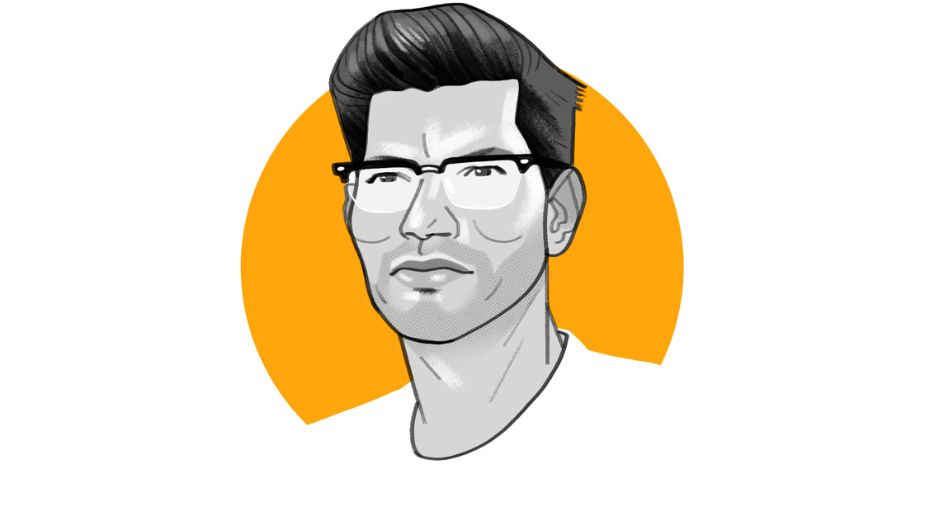 Mental health, yep I’m going to go there, is a trending talking point - in wider society and naturally in the advertising and film industries. And yet on the ground, it feels like a hush-hush topic, with a fear of what it could do to your reputation and therefore your next job offer.

On screen, brands are keen to align themselves with the cause and to encourage consumers to pay attention to how they’re feeling. Many companies and agencies are likewise having conversations and implementing supportive programmes. But in production specifically - an industry I’ve been part of for 15 years and producing in for 12 years - we’re light years behind.

A lot of the people I work with are understandably cautious about speaking out or speaking at all when it comes to mental health. Though society has made strides in its attitudes towards mental health, particularly around issues such as anxiety and depression, there’s still a hefty stigma attached to these issues in production.

From my experience, the way that the production industry works means that it’s easy for these issues to arise, proliferate, and get pushed to the side as getting work done (and getting it done on time) takes priority. How bad are things really? There’s no direct research about production within advertising, however The Film and TV Charity has conducted research involving people working behind the scenes in film, TV, and cinema, from which we can extrapolate some facts.

The charity did find that compared to previous years, there was more of an open conversation about mental health in 2021. Another positive was the production boom currently taking place in the UK, but this comes with a negative as 78% of survey respondents noted that work intensity, like longer hours, had an adverse effect on their mental health, compared to 63% in 2019.Only 10% of all respondents agreed that the industry was a healthy environment to work in - a frankly shocking statistic, considering how many people the industry employs. One positive has been the recommendations by the APA to keep shooting hours to 12 hours per day and to not budget and schedule more in the bidding process to help reduce the demands of production teams and safeguard crew’s well-being.

Whether you’re a freelancer or not, we all know the importance of good reputation when it comes to booking that next gig. People often get hired through word of mouth and without the backing of representation, freelancers rely on a good word from one production to the next for their income. It’s no wonder that so many within production are then worried about what speaking up about their mental health, or the working conditions which affect their mental health, might do to their earning potential.

Covid didn’t help either. Not everyone could pivot to virtual production with ease the fear of not getting re-hired or getting a reputation for things like missing work and not putting in the extra hours is very real. Here is where I see the biggest disparity - no one would bat an eye-lid if someone called in and said they couldn’t come in due to a broken arm or even the aforementioned covid. I’ve yet to see someone cite their mental health as a reason for missing work.

We’re all comfortable enough discussing mental health in abstract terms, but no one wants to be the one to stand up and associate themselves with any of the multiple mental health issues we know are out there.

I myself have gone through periods where I have struggled with my own mental health and notably experienced a burnout of sorts in early2020 at the start of the pandemic and the first lockdown. The silver lining here was I had the time and space to work through what I was experiencing, to process it, without it affecting my job.

It’s a statistical impossibility that no one in production has an issue they’re dealing with at any given time; Mind reports that in the UK one in four people will deal with a mental health problem each year. The people in production are no different, which means we’ve all been around someone struggling, or have been the ones struggling ourselves. If the average production has a crew of say 45-65 per day that means, at the lower end, 11.2 crew members (out of 45) are dealing with something. That's a whole department or all the HODs!

And trust me, there have been lots of times on set or on jobs where I thought about getting the first flight out to Acapulco as the pressure of stress has got to me, but I had to find a way to dig deep and carryon, and that’s a lot easier said than done.

There’s another elephant in the room that we need to address when it comes to mental health and production. It’s still largely a white male-dominated industry (an issue that needs its own discussion) and men are much worse at talking about their problems compared to women. Again, I can only speak for myself, my male peers, and the culture we’ve inherited from the generations before us, but it’s obvious to me that we’ve been socialised into not talking about the emotional sides of our lives - and definitely not at work. While this is changing for Gen Z, it’s not changing fast enough for everyone else.

Any UFC fans might recently remember Paddy Pimblett making an emotional speech about men’s mental health and the need to talk after losing one of his best friends to suicide. It's so refreshing to see this in such a male testosterone-driven sport which, one could argue, is like the production industry.

With that in mind, production becomes a perfect microcosm for mental health problems to breed. The pressure, the hours, the fear of not getting another job all lead to more repression and more shame because we worry about the potential consequences. About how we’ll be perceived from the point of ‘admitting weaknesses’.

If the pandemic has taught me anything, it’s that we’re all much more similar than we think, all susceptible to the same forces, and could all do with more empathy towards one another. And it's good to talk a lot more than we think. To be honest, I’m not sure what change looks like for the production industry when it comes to mental health - it’s a complex issue that needs to be addressed on the macro and the micro scale. Perhaps we could start by taking a moment before each shoot and reiterating that should anyone feel unwell - physically or mentally - they can take a break or leave, and we can offer support.

Maybe we should all start to share the mental health issues we've dealt with in the past, if not currently dealing with in the present. It sounds a bit utopian, but any steps in the right direction will start to alleviate the pressure and the feelings of isolation I know so many of us feel. It's not a perfect solution, but we’ve got to start somewhere.

So next time anyone sees me on set or in a meeting, in the words of Paddy “If you have weight on your shoulders for whatever reason speak to someone, speak to anyone. I’d rather you cry on my shoulder than go to your funeral.” But let’s end on a less sombre note; re-read the above. And let’s keep talking… 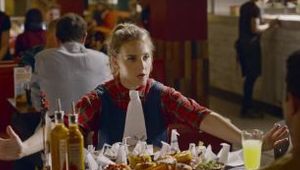 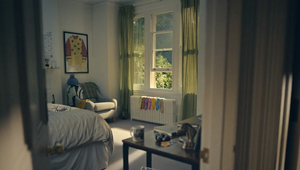 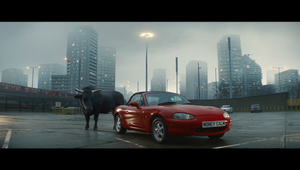 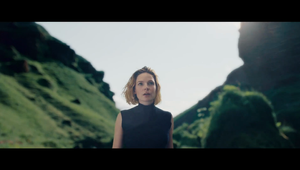 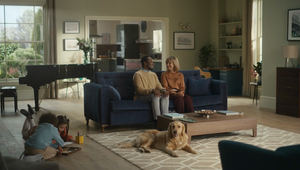 On The Market
View all Work