Rose Byrne and Will Arnett voice adorable, animated characters who lead viewers on a nine-minute tour of the wonders of Oz 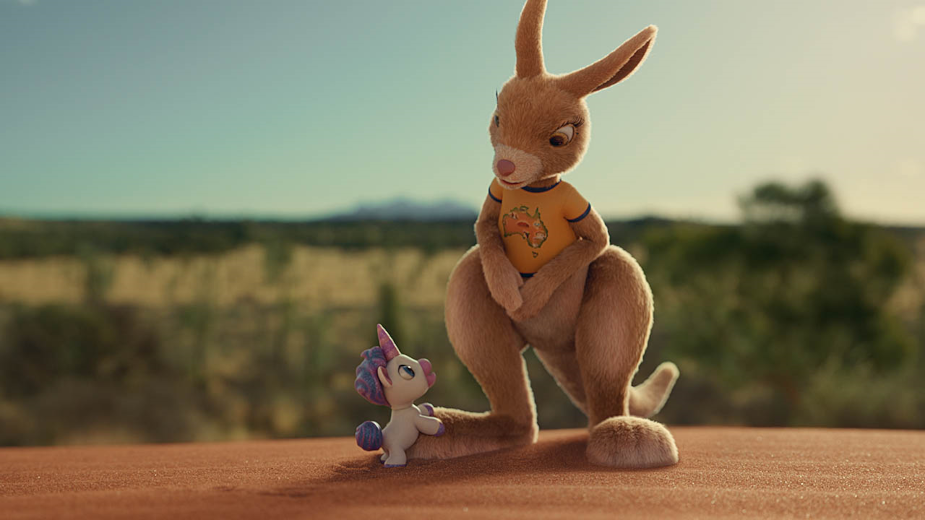 Tourism Australia is back with another advertising blockbuster, releasing a nine-minute short film that introduced two loveable animated characters to the long roster of iconic characters and actors appearing in its ad campaigns.

Voiced respectively by Rose Byrne ('Bridesmaids') and Will Arnett ('Arrested Development,' '30 Rock'), the characters, Ruby the Kangaroo and Louie, a tiny unicorn, take viewers on an awe-inspiring tour of some of Australia’s most dramatic sights, from the Sydney Opera House and the Harbour Bridge to Uluru, the giant sandstone rock in the Northern Territory..

Part of the new 'Come and Say G’day' campaign, the short film 'G’day' was created by the Sydney office of M&C Saatchi, with direction by Michael Gracey via Finch and VFX and CG by Platige. An invitation to international travellers to come and enjoy an unforgettable Australian holiday – and the country’s first tourism campaign post-pandemic, it’s been viewed over 19 million times on YouTube alone and more than 101 million times across all channels.

The centrepiece of the film is Ruby, a plush souvenir kangaroo in a tourists’ gift shop, rueful that she can’t get out there and see Australia’s amazing sights for herself. There she meets Louie, the fast-talking toy unicorn who claims to have magical powers that can transport them anywhere. In addition to the full film appearing online, cut down versions are running as 60, 30, and 15-second spots in over a dozen key markets globally. The campaign also includes print, social media and digital executions, as well as 3D billboards and out-of-home activations.

Platige handled a wide range of tasks for the production of this film, including CG character creation, CG animation and integrating the animation into the live action, as well as colour grading. “We also assisted in the creative process, working directly with our counterparts at M&C Saatchi,” explained Platige VFX supervisor Arek Arciszewski, who worked on the 60s version and the 3D billboards. “Our goal was to ensure that their concepts made the best use of the available media, technology, resources and creative powers of the artists involved in this very ambitious project.”

Leading VFX supervisor Łukasz Dziedziński in charge of the nine-minute short movie detailed the complexity of the job at hand. “We had over 150 shots to deal with, including 116 CG animated ones,” he said. “Each shot required a camera track, layout, lighting setup, render, 3D animation and compositing, and each of those steps required different people to coordinate with each other and with the client, for approval. It was a huge exercise in logistics, and our team stepped up to the challenge beautifully.”

Needless to say, the focus on a CG version of a stuffed animal required a certain capability to render fur. “We’ve had a ton of experience with this kind of grooming and character animation,” Łukasz noted proudly. “No special software was used; it was just our skilful application of the tools that we are particularly good with.”

Working in lockstep with Platige were both the agency and the clients at Tourism Australia, added Producer Nichole Ryan: “They really stepped up in regard to the approvals process, despite the usual complications with such a major project and the integration of complex live action plates with our CG. And the folks at M&C Saatchi were always appreciative, supportive and respectful of our limitations. They consistently gave us positive feedback.”

The campaign’s use of additional media, such as outdoor and digital, also meant that Platige was called on to deliver a wide range of executions starring 'Ruby' and 'Louie.' “We initially didn’t expect to be involved in the creative process of some of the ancillary placements, such as 3D LED billboards,” said Arciszewski. “Our challenge was to find solutions that would make use of the technology at our disposal while also meeting the client’s expectations. We were happy to come up with ideas that are now displayed in some of the most famous settings around the globe. And the agency is happy knowing that their creations are being used for maximum media exposure.” 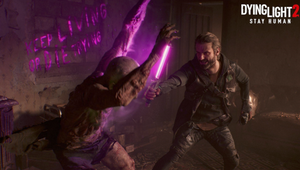