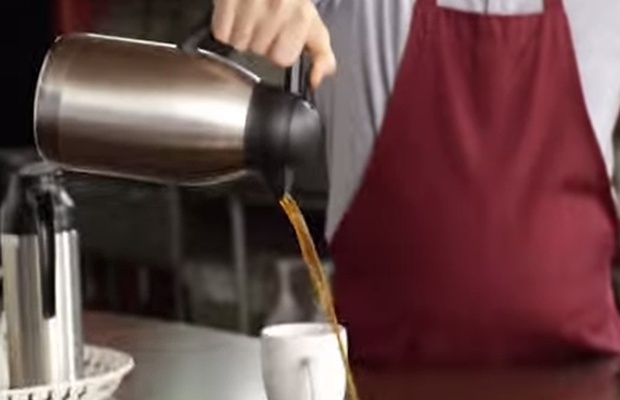 Two humorous new web films for Intel from advertising agency Cutwater and Cap Gun Collective director Matt Miller have recently debuted on the brand's YouTube channel. Entitled "Frozen Coffee" and "The Monotaskers", both comedic shorts are set in a coffee shop where a colorful cast of characters metaphorically demonstrates the downfalls of multitasking on Chromebooks that do not have Intel inside.

In the project briefing from Cutwater's creative team, two scripts were provided.  To best communicate the campaign messages – and to draw on Miller's strengths in casting and directing memorable performances – the Cap Gun and Cutwater teams decided to shoot both films inside a local Chicago coffee shop. Miller, director of photography Darryl Miller and their crew used the Sony F55 CineAlta digital cinema camera for principal photography.

"When you're shooting comedy, keeping a light and fun tone on set is vitally important," Miller said. "As the director, you're the host of the party and your demeanor and energy greatly inform that tone. I handled the casting on this one myself, and feel we had two great casts for this project... with especially strong turns from Robyn Okrant as the server in 'The Monotasker' and Alan Metoskie as the barista in 'Frozen Coffee.'"

Both Intel web shorts were finished at Carbon and also reflect the editorial artistry of Keith Hamm of Whitehouse Post Los Angeles, where Joni Williamson is executive producer and Kristin Brandstetter served as post producer.