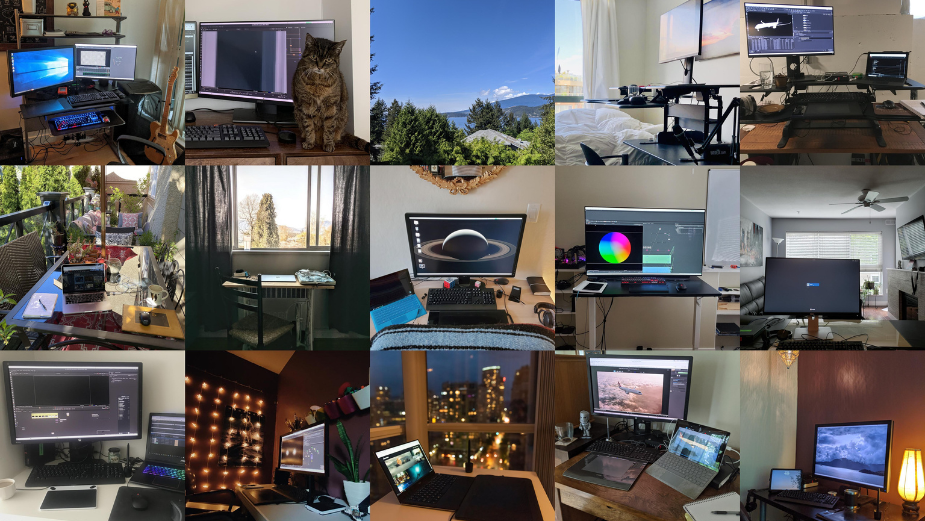 Sometimes, the aftershocks can be just as significant as the earthquake. When the planet collectively and instantaneously switched to a ‘work from home’ mentality in the early months of 2020, it sparked a complete revolution in the way we work. A necessary one, for the cause of public health, but a revolution nonetheless.

Whilst we might now talk about the pandemic in the past tense, that workplace transformation is still underway. Today, as businesses grapple with various configurations of remote, in-person, and hybrid working, it feels as though the ‘new normal’ has yet to fully crystalise. The visual effects industry is very much a part of that conversation, and faces specific challenges related to high-tech gear and a reliance on ultra-fast internet speeds, on top of the same issues related to company culture which will be familiar across most of the world’s workplaces.

As a cutting-edge creative studio with a specialty in VFX, The Embassy is a company at the frontline of the industry’s hybrid revolution. When the world was forced to adopt remote working at the start of 2020, the Vancouver-based studio decided - like many others - to take that opportunity to reassess the way work, well, worked. Along the way they’ve encountered some great success stories and embraced permanent changes, whilst also facing up to obstacles and challenges with which they’re grappling today. To learn more about the kind of issues facing VFX companies - and how The Embassy is setting about tackling them, LBB spoke to four members of staff from diverse parts of the business.

Since the start of the remote revolution, David has been attempting to enjoy the best of both worlds. Having transitioned to fully remote work in 2020, he threw himself back into the office full-time before eventually settling on a hybrid model. Over the course of that process, he picked up some key insights into a great potential future for hybrid work.

“One of the great advantages of working from home is convenience, and the lack of a commute makes a big difference in how I feel on a day-to-day basis”, he says. “But the appeal of returning to the office came from the social side - the kind of stuff you tend to notice you miss once you’ve been away for a number of months. Also, there’s a lot to be said for the fact I simply like our office - ​​a good view, some snacks, and a really nice coffee machine have a big impact on the overall environment I work in”.

As well as the overall feeling of office work, however, there were more practical reasons also pulling David back towards The Embassy’s office. “Having started out as a junior, remote work was often a hindrance because I wasn’t able to talk to the more experienced members of our team as often as I’d have liked”, he says. “Of course you can do that online, but it feels like there’s more of a barrier around it. It’s hard to describe - I suppose the medium you communicate through has a big impact on the overall message that you end up sending, or not sending”.

Additionally, the hybrid nature of David’s work has also seen him confront a problem which will be familiar to millions of employees around the world - work/life balance. “I think the best piece of advice I could give to my earlier self pre-pandemic would be to try and separate work from life in the beginning more”, he notes. “Always having access to my work machine changes the way I think about coming into work, and it definitely makes it more difficult for me to quit at a regular time each day”.

Looking at the bigger picture, David agrees that hybrid work - in some form - will be here to stay. However, he also articulates how the right balance of remote and office will often come down to each person’s individual situation. “When I weigh up the pros and cons, I see that my answers won’t be the same as everyone else's’. I only have a short walk to get to the office every morning, whereas many of my colleagues would have to endure an hour commute. If you have a family, working from home could mean you get to spend a large amount of extra time with them; another factor that I don’t consider”, he explains. “In the future I can imagine a nice hybrid approach taking over, since the benefits will be different for every individual depending on their situation”.

As the person responsible for leading the business, Winston has found himself taking both a practical and holistic approach to the pros and cons of remote work. “So much of what we’ve learned over the past two years have been the kind of lessons that only experience can teach you”, he says. “For example, when we’re working remotely we find that we can be on Zoom calls for between five and six hours per day. Whilst it’s great we can still connect, a few members of our team have reported feeling incredibly drained after such an amount of time on-camera. You feel like you’re on the world’s longest talk show! It just reinforces the feeling that communication can’t be taken for granted whilst remote”.

Broadly, however, Winston is acutely aware of how valuable the advantages can be, too. “Vancouver is such a hub for great visual effects, and we’re coming to the point where it’s hard for us to find the talent locally which matches our rate of expansion”, he says. “But, with remote culture now the norm, suddenly our pool of talent has broadened out across the entire planet. Whilst we were filming for season one of Warrior Nun in Spain and researching the European VFX business I met these creatives from Malaga, who happened to be great artists. We wanted to work together but they wanted to stay in Malaga - which was absolutely no problem. That increased flexibility and broader catchment area for talent have been enormous bonuses for us as a business”.

For Winston, when all is said and done the remote work revolution comes down to a question of balance. “I’d say that 60% of what we’ve seen come out of it has been good things”, he says. “But the remaining 40% can’t be ignored. With Maria as our people and culture manager, we’re being intentional about ensuring the more intangible benefits of being in the office together can still be accessed across the company. We like that our people aren’t spending 15 hours per week commuting, we like the bigger talent pool, and we like the potential for healthy work/life balance. At the same time, we want to find a new way of utilising the amazing space we have access to here in a great location, and make sure we maintain a culture as a company that’s distinctive”.

For Maria, a focus on company culture is part of her day-to-day work life. Rather than treating the hybrid revolution as a direct challenge, however, she explains why it is equally an opportunity for a new way of thinking about work.

“All organisations are going through a kind of identity examination”, she says. “What was our culture before? And what does it look like now that we don't see one another in person? Ultimately, who are we without our physical space attachments? These are all very valid questions. I believe that it's possible to maintain a strong company culture, but a lot of work needs to be done to first identify what your values are, and secondly to find innovative ways of upholding them from a distance”.

Interestingly, that focus on values is happening in two places - amongst business leaders, and amongst employees, too. “Most of us have evaluated our values with all of the time we collectively had during the first year of the pandemic”, notes Maria. “Whilst people will always crave working for an organisation with awesome projects, many are more clear about what their core values are - in that sense, it's easier to find a values alignment”.

Ultimately, figuring out those values and how to act on them is going to become an existential question for creative companies in the near future. “I personally believe that the days of having every employee in a studio are over - hybrid work is here to stay, but it's up to leaders to decide what they want their organisation to look like”, explains Maria. “VFX Teams have proved that they can do the work remotely, though we all know that work isn't just about work - if we are to retain talent and build strong teams, we will have to start prioritising the social aspect of work again. If you have a workplace with little culture, the incentive to stay is lessened - which is not great for employers in an already competitive market”.

For David, the remote revolution carried an air of inevitability - with admittedly some surprise that it happened as quickly as it did. “Remote working was always part of the future for knowledge-based industries, including VFX”, he explains. “But the past two years have accelerated that to unprecedented levels. As a result, we’ve seen both hardware and software take leaps and bounds in development, and visual effects studios are reaping the benefits”.

In fact, there are ways in which the hybrid revolution has already had a profound and permanent impact on The Embassy’s business. For example, the company’s HQ in Vancouver now serves a number of different purposes as opposed to pre-2020. “As more and more of our studio infrastructure is being located into the cloud, this frees up precious real-estate for more attractive uses like collaborative workspaces and lavish screening rooms”, explains David. “With infrastructure now offsite, the speed bumps that come with studio growth are levelled out and you no longer have to worry about floorspace for render farms and suchlike”.

Whilst the benefits have been undeniable, however, David sounds a note of caution against over-excitement. “Humans do have a tendency to fall into the trap of recency bias”, he says. “That could result in many continuing on a path of remote or hybrid work simply because they have already made the investment in the technology, rather than re-evaluating what is at the core of it all - people. Without a focus on people, the danger is that creative industries could slide into a commodification of ideas in pursuit of some hyper-efficient mode of working at the cost of creative quality”.

And so in conclusion, whilst all five of our interviewees believe remote work is here to stay they’ve each taken a different approach to demonstrating why that should be the case. Whether it be work/life balance for employees, a demonstration of a people-first mentality, or an opportunity to reassess your own values, the hybrid revolution is a defining part of modern day working within the VFX industry.

Whilst it may not be precisely clear where the future is headed, having these conversations seems the most likely - and the healthiest - way to take us there. 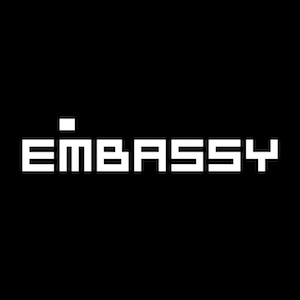 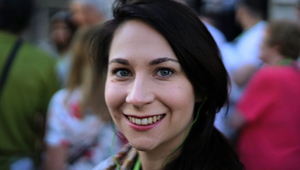 Meet Your Makers: Getting Lost in the Story with Annie-Claude Lapierre 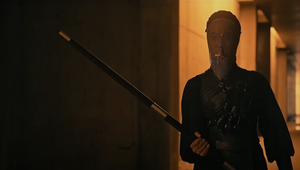 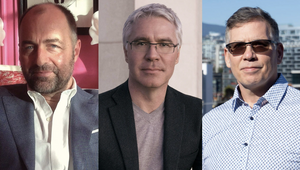 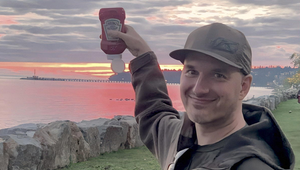 The VFX Factor: Michael Lowes on the Importance of Staying Playful
View all News 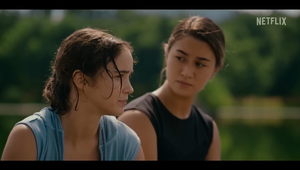 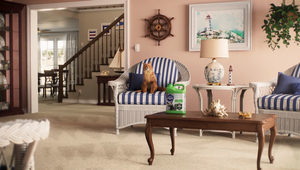 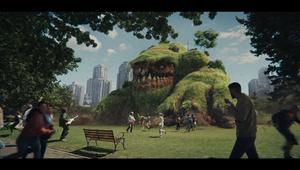 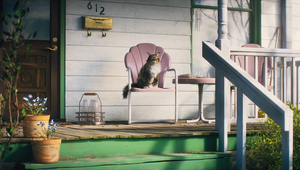