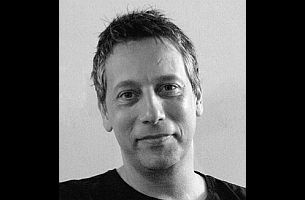 Invisible Effects. They’re everywhere, but unlike the scene-stealing dragons and explosions that come to the forefront of your mind when you think visual effects, these are intended to do the opposite. Silently playing a vital role in almost every commercial, TV programme, and film you watch, invisible post is the unsung hero of post production. With a career spanning some of the best UK post houses, including Rushes, Glassworks and MPC, Ludo Fealy, co-founder and VFX Supervisor of London and Bristol-based visual effects post house Nineteentwenty, reveals the impact invisible post can make and how it has evolved over the past 20 years.
Q> How would you define invisible post and how much does it play a part in the commercial work you do?
LF> Invisible post is exactly that. They are effects created that are not meant to be seen by the unknowing eye. Things like set extensions, sky replacements, beauty work and in many cases green screen compositing. Looking through the work we’ve done in the past two years, I think what we would call ‘invisible post’ probably applies to 50% of the work, if not 60%. It’s a very large chunk of what we do.
Q> So, how easy is it to recognise the extent to which there is invisible post in a shot, if at all, without seeing a before and after?
LF> It’s a bit of a paradox because you obviously want people to know what you’ve done but at the same time you don’t and you’re flattered when they don't. We could spend weeks and weeks working on something that we essentially don’t want people to ‘see’.  We’ve just completed a spot for Arla (directed by Daniel Warwick at Academy), which was shot in South Africa but was supposed to be set in the English countryside. Daniel wanted rolling, English hills and countryside in the background, so we created a number of digital matte paintings for him and composited them into the shots where needed.  If we do our job properly, no one will know what we have done, and that’s how you want it to be. 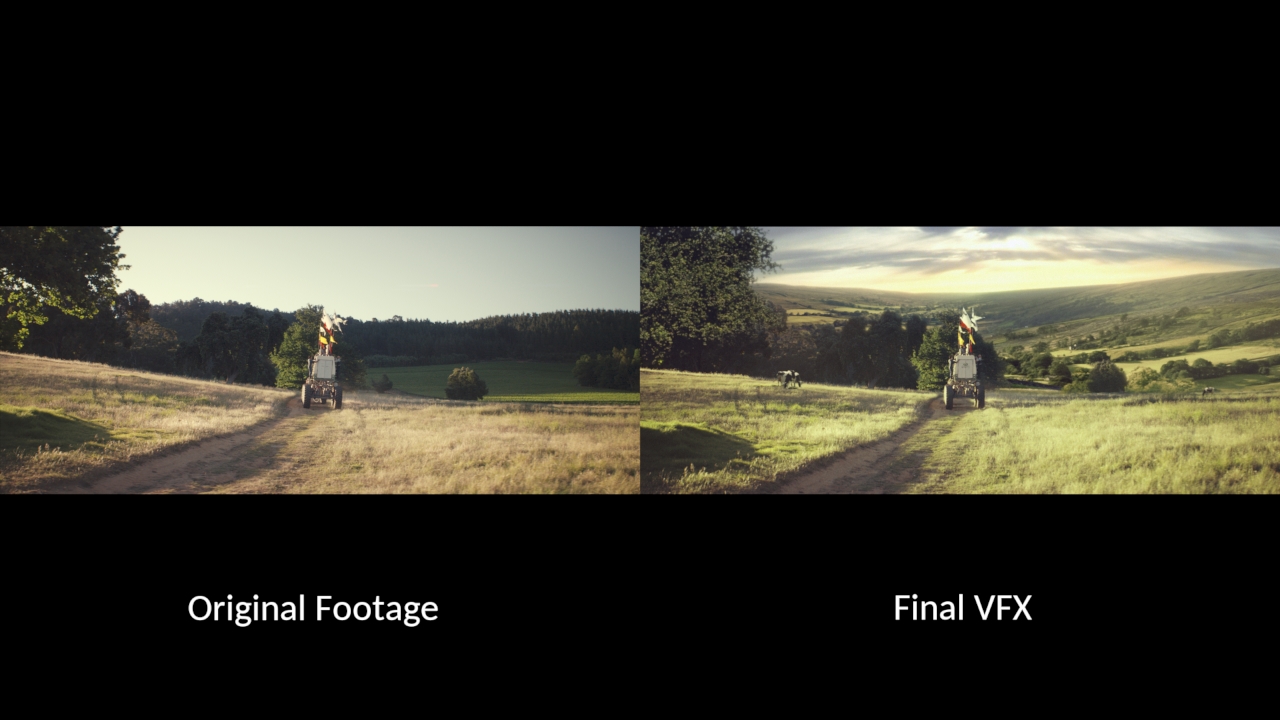 Q> How difficult is it to recognise and judge invisible post for industry awards?
LF> It’s surprisingly easy not to realise the layers of work that have gone into post, even when you’re judging. I have judged work in the past and, I have to confess, not realised what has been done to a particular spot until someone has pointed it out to me afterwards. A lot of work goes into doing this sort of stuff and it’s a real skill and art to do such seamless work.
Q> Some award shows have now started asking for before and after shots so that the jury can clearly see all areas which have been treated in post. Do you think this is a good idea?
LF> I think it’s great that award shows are starting to do this. It may make the judging process a bit longer but, if someone has done a marvellous job at replacing buildings or environments etc., which is usually what you have to do, then it should be rewarded.
Although I’ve been in post production for many years, I’ve looked at films before and not realised the full extent of what has been done to it because it’s been that good.
Q> As technology improves, have you seen an increase in demand for invisible post as a cost-effective alternative to shooting?
LF> I don’t know if there’s more demand, per se, I think it’s always sort of been there. These days, people do utilise the financial benefit of post more than they used to, probably because budgets are so tight at the moment. For example, we’ve just completed a spot for Heineken (directed by Nicolai Fugslig at MJZ) where much of it was shot at night in different locations. The client wanted to put the Heineken logo onto various buildings, so rather than go to the expense of making large neon signs, they gave us the artwork so we could track it onto the sides of various buildings. That, in itself, isn't a new thing but the progression of tech, such as tracking and DMPs [Digital Matte Painting] has advanced enormously, allowing us now to do a lot more stuff more cost-effectively.
Q> Do you think that the advancement in tech has allowed post houses to be more creative?
LF> Yes. I definitely think that’s the case. The DMP [Digital Matte Painting] is a good example. Once upon a time, you might advise directors against large, sweeping camera moves if you knew you were going to replace large areas of the image, and they'd hate you for it. But now, with the advancements in camera tracking and the advent of things like the model builder in Nuke, you can let the director do pretty much what he wants to do, and they love you for it.
Q> Is it necessary to be involved earlier on in the production process?
LF> We are often brought in early to the production process, but I do also think that a lot more directors are more knowledgeable these days as to what can be achieved with VFX. We always make ourselves available to consult with agencies and production companies, but for the most part I think directors know what they can and can't do.
Q> Is invisible post more demanding or more time consuming to create than other VFX?
LF> I don’t know if it’s more time consuming. In some cases, it might be slightly more demanding. If you need a building to collapse, for example, then it takes a certain amount of CG and 2D to do that. However, certain things can possibly be masked with fire, smoke, dust and light. But if you need to replace one background with another, it’s a binary thing. It either works or it doesn’t. From that point of view, you could say that, at times, it’s a little bit more difficult because there’s nowhere to hide.
Q> What would you say is the most challenging thing to achieve with invisible post?
LF> The most challenging thing we encounter is, without doubt, light. It’s the most difficult, if not impossible thing to change invisibly. For example, if someone wants a sunny day and they’ve shot when it’s overcast, or vice-versa, it's almost impossible to alter after the event.  Light affects every leaf on a tree, every blade of grass, and your subconscious is finely tuned into the behaviour of light. Having said that, you should check out the sky replacement that we did on a job for Sunny (ironically), it's one of the best I've seen. Apologies for the shameless self publicity, but it really is very good.

Q> Given that our vision is dependent upon light, surely the slightest error would be obvious to the audience?
LF> Absolutely. It’s something that’s embedded into the subconscious mind and if you get it wrong it’s instantly noticeable. We talk a lot about blue screens, for example. If someone is shot in a studio on a blue screen, but isn’t perfectly lit then they won’t look like they belong in the environment that they are supposed to be composited in to. There really is nothing a compositor can do to a blue screen element once it's been lit and shot.
Q> Does compositing always fall under the realms of invisible post?
L> There are various facets to compositing. In the case of blue or green screen, for the most part, yes, unless someone is flying or jumping over a building or something crazy like that. But there are many occasions, like the Transformers films for example, where the CG and compositing is exceptional, but it's not what you'd call invisible. Cars turn into giant robots. And back again. You might suspect that's visual effects.
Q> What inspired you to work in post and visual effects?
LF> I remember as a kid, during the summer holidays, there would often be a Ray Harrihausen film on TV, like Sinbad or Jason and the Argonauts, and I loved them (Haarihausen was born in 1920, there's a clue for you, kids). But the one that really caught my eye was Close Encounters of the Third Kind.  That blew me away. I don't think that made me want to get in to VFX as such, but I knew it was an area that I was keenly interested in. 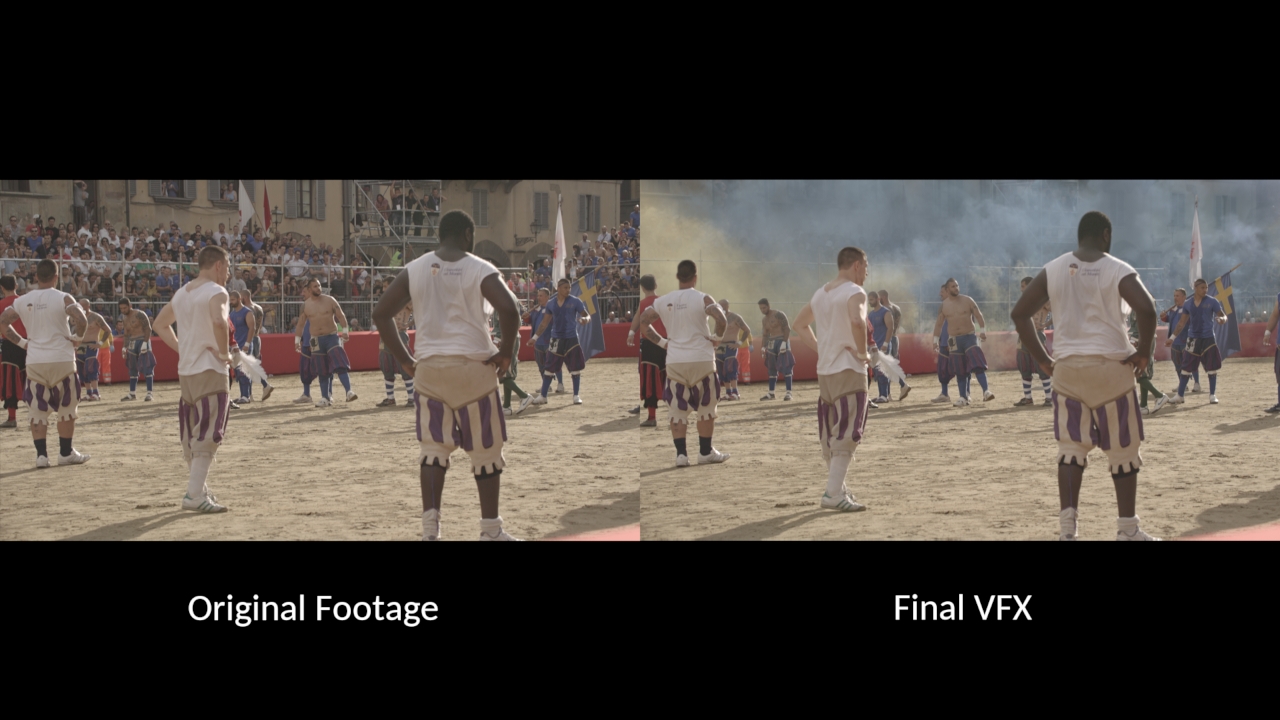