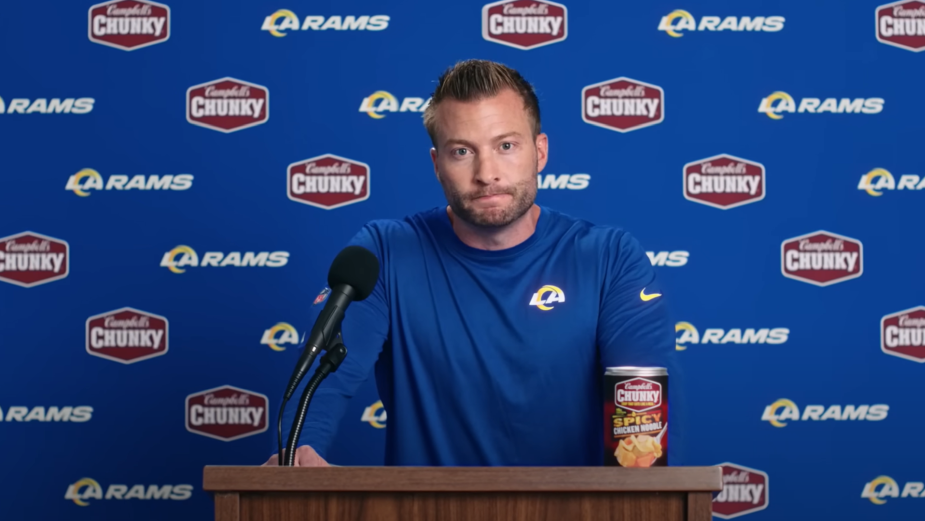 Studies show that lunchtime could be considered the most important meal of the day as it has significant impact on one’s ability to focus and deliver quality work. Despite these known truths, it is not uncommon for the average American worker to skip out on lunch. Just in time for NFL Kick Off 2022, Campbell’s Chunky Soup, the Official Soup Sponsor of the NFL, and Leo Burnett and Spark Foundry have launched the evolution of their Lunchtime is your Halftime campaign and is on a mission to ensure all Americans take a much-needed lunch break this football season.

LA Rams coach, Sean McVay has reprised his role as the campaign spokesperson and the brand has added Indianapolis Colt’s running back, Jonathan Taylor to their ‘Champions of Chunky’ roster. The digital-forward integrated campaign will feature a media mix inclusive of:

In addition to the campaign, this season Chunky will launch ‘Chunky Sacks Hunger’ – a program to fight food insecurity and donate one million meals to people in need this through a partnership with Feeding America. Chunky Sacks Hunger strives to “sack” food insecurity by shining a spotlight on the issue and provide food and other much needed donations to fuel local communities across the country by hosting local events that drive food bank donations and support national disaster relief initiatives.