Jeremy Craigen: "You Should Never Want to Be a Creative Director" 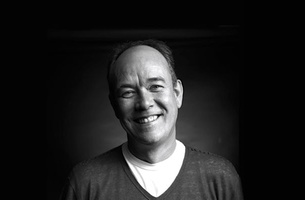 Are agencies failing both their young blood and old hands when it comes to creative leadership? And if so, how do we tackle that? It’s a question that’s been troubling Jeremy Craigen, the ex-global CCO of Innocean and former global ECD on Volkswagen at DDB.
When it comes to up-and-coming talent making the jump from creative director, or creative director to ECD, Jeremy worries that people are being set up to fail thanks to a lack of support. “I think a lot of people are being set up to fail, they’re throwing people in at the deep end,” he says.
There’s a misapprehension that great creatives always make great leaders – and at the same time ageism means that talented and experienced creatives with no desire or flair for management risk being under-appreciated.
“I think that’s why agencies are struggling now. You have amazing, award-winning creatives and the problem with amazing award-winning creatives is that they’re selfish. The right kind of selfish, by the way.  They want to win for themselves, not necessarily for the agency. And you kind of have to beat that out of you when you’re running a department,” he says.
Looking back on his own evolution, Jeremy remarks that when he first became a creative director, he was a co-creative director, which took the pressure off. He also reveals that in his early days at DDB, the agency ran a scheme known as ‘Directors of Creativity’ or D.O.C. It’s an approach that gave younger creatives the chance to be creative director on a brief, not a whole account. It gave new voices and perspectives a platform as well as a taste of leadership – and Jeremy reckons it also resulted in a leap in creative quality.
“Sadly, there’s no formal training for being a creative director,” says Jeremy, who like most people in the industry had to glean his own insights and lessons from good leaders and bad. However, he was never in a rush to progress too quickly, taking time to figure things out and allowing him to stay close to the work as long as he could. “I think the best advice was from my old boss, Tony Cox, who said that you should never want to be a creative director. It should just happen to you.”
On the flip side, Jeremy says he is concerned for older senior creatives who haven’t pursued leadership. He believes that their years of experience and ability to handle ‘grown up’ conversations with clients are often not valued.
“There are people who just want to write ads till the day they die and they are also invaluable,” says Jeremy. “I’ve always worried about senior teams that are not in the role of creative director because the bean counters look at them and ask, ‘why are we spending so much money on them?’ They appear to have no value because they’re not associated with a particular client or account… and it’s like… no… they’re associated with great work! Isn’t that what we’re here for? I think balanced creative departments age-wise are really important.
Clients like the idea of working with really young people because it’s that kind of business and it should always be about youth and it should never be anti-youth but there should be room for a balance. I think diversity of age is just as important.
Indeed, he acknowledges that the industry is and always has skewed towards youth but he believes that networks should be working harder to bring older and younger creatives together. Ironically, by retaining talented older creatives, agencies have a wonderful resource to help with educating and supporting young creatives and creative directors.
“I loved going round the world and talking to all the juniors – I would always give them as much time as anyone else because they wanted to hear an experienced point of view,” says Jeremy.
Having spent the past four years building up the international reputation and talent base of the Hyundai-owned South Korean agency Innocean, he’s been deeply preoccupied with the  ‘people’ part of the advertising puzzle. Having brought on a strong crew of leaders around the world, he turned round the network’s creative output and award success, netting a Grand Prix at Adfest as well a wins at Cannes, the LIAs and Clios. He’s particularly proud of the success in offices like Sydney and Delhi as well as the European hub in Berlin, founded in 2016.
“When they hired me, I said, ‘hiring me is not going to make any difference – it’s who you let me hire and who you let them hire’. The culture has to go deep,” he reflects. And once talent is hired, mentorship and support is crucial – as well as devoting his time to working with local leaders and juniors, Jeremy also reveals that even as global CCO he also had his own mentor in the form of industry legend Bob Isherwood, the former Saatchi & Saatchi Worldwide Creative Director who joined Innocean as a creative consultant in 2013.