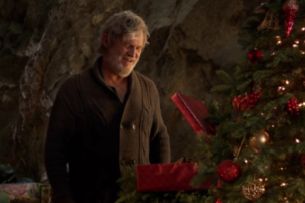 Camp +King, the agency that created the Do Nothing Zone for UGG men’s line, has launched a holiday spot in the series featuring actor Jeff Bridges.

The 30-second spot shows Bridges in a cosy living room, replete with fireplace and a beautifully decorated Christmas tree. As Bridges puts the finishing touches on a wrapped box, he adds it to the pile. Suddenly, the tree shakes and hands a gift to Bridges as a subtitle appears on screen: “Hey Jeff, I got you a present.”

Inside the box is a pair of plush Ugg men’s slippers. “Oh,” Bridges says, impressed. “Thank you, man, uh, tree.” He plucks the slippers from the box and smells their newness.

Another subtitle appears as the tree says, “I’m too close to the fireplace,” to the oblivious Bridges.

The spot is rolling out through December 10 in online video—pre-roll and native—on YouTube, Nativo, Trueview, Sharethrough, Millennial Media, Yahoo and AT&T RedZone.

“Viewers familiar with the Do Nothing zone know that it’s a place where drones wait on your every need, and Jeff Bridges has serenaded Patriots Quarterback Tom Brady to the tune of Buffalo Girls,” said Roger Camp, CCO of Camp + King. “This latest spot is a reminder to shoppers that a pair of warm UGG slippers are a perfect gift this holiday season.” 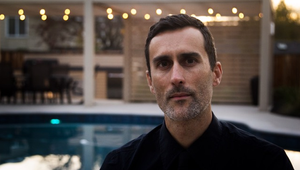