Directed by Isaiah Seret of Biscuit Filmworks, the campaign features actor Sean Astin as the curator of the Museum of More Pirate 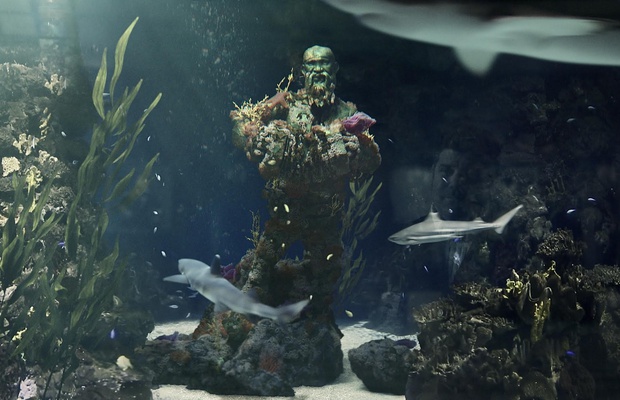 LA-based visual effects studio JAMM assists 215 McCann by weaving fantasy and reality together in a flawless visual tapestry with the launch campaign for Sea of Thieves. Sea of Thieves is a new shared-world adventure game developed by Rare for Xbox One and Windows 10 PC.

Directed by Isaiah Seret of Biscuit Filmworks, the campaign features actor Sean Astin (The Lord of the Rings, The Goonies, Stranger Things) as the curator of the Museum of More Pirate. Throughout the glorious halls, our charming tour guide honours the most ridiculous deeds and unexpected accomplishments in this shared-world, where real players are enshrined as certified legends of a weird open sea. Eight unique videos bring different game elements to life online and in movie theatres near you.

JAMM worked closely with Seret, starting at the mood board and texture reference stages. Conversations early on dictated that they would take a light, barely detectable CG approach to the live action assets, merging the real and unreal in a seamless environment. VFX Supervisors Andy Boyd and Jake Montgomery were boots on the ground during the shoot, before leading the JAMM team through all the 3D and compositing aspects of the project. All in-game assets were provided to JAMM, leaving them to enhance the resolution and integrate them cohesively into the live action environment.

Museum footage was shot at the Millennium Biltmore Hotel in Downtown LA. JAMM handled room extensions, creating a larger-than-life feel by rebuilding the hall to appear grander then how it was originally. The team added the large gold statue of Pikaaroon as well as the epic CG marble statue, providing intricate detail to the textures and finishes.

All the paintings featured throughout the museum represent still frames from the actual game, assets which JAMM composited through an oil painting process in post, giving it an added dose of wonder. Most notably, JAMM animated the slithering Kraken, a Loch Ness Monster-style creature and the most feared enemy in the game. Other work included adding CG fish into the aquarium, as well as overall retouching of the environment and atmosphere, amplifying the natural with the breathtaking beauty of the fantastical.

Collaborating closely with Seret and 215 McCann’s creative team, JAMM fine-tuned the details on a daily basis over a period of two weeks. The result of their creative labor is a fantastical shrine to game legends that feels true-to-life, brought into the real world via beautifully created – and discreetly hidden – visual effects.

Sea of Thieves is available now on Xbox One and Windows 10 PC.