“It’s More Important Than Ever That Innovation Empowers The Brand.” 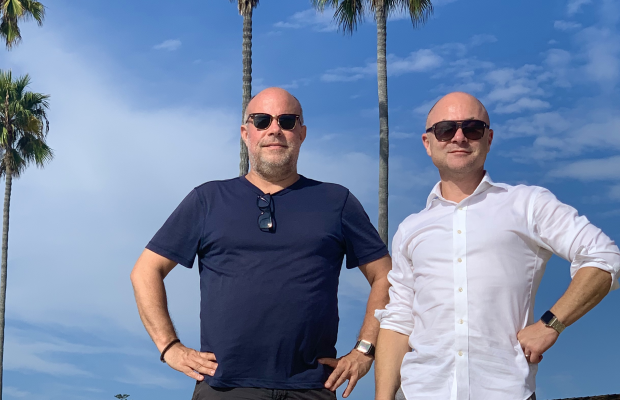 At the start of a new decade, it’s hard to escape predictions about the role of innovation in defining the next ten years. Our industry is rich in new ideas and trends, from the revolutions offered by AI and data to the rise of in-house advertising. With global ad spend consistently on the rise, companies throughout the advertising supply chain have been developing new ways of working - often looking at ways they can apply innovation to their workflow to give brands a seamless end-to-end experience.

In September 2019, the independent content creation studio Chimney announced it was merging with California-based distribution and media solutions leader OneVigor. Chimney originally started life in 1996 in Sweden as a high-end post production company, but in recent years, successful expansion into production and creative means the company has been working direct-to-brand.

OneVigor, on the other hand, is one of the select few companies that has been revolutionizing advertising delivery. OneVigor operates the biggest and most advanced content distribution network and monitoring system in the broadcast industry, delivering nearly 75% of syndicated TV content in the US, with clients including giants CBS, Fox and Warner.

The merger of the two companies means that Chimney Vigor Group (CVG) will be one of the largest privately-owned content creation studios globally. The group expects that their output can and will be vast, as they are ‘able to create, manage and distribute thousands of assets a month of content’. They also told advertising media that CVG expects to double its revenue and client base in the coming years. Wanting to know more about why this combined service was Chimney and OneVigor’s answer to the future of content demand, we speak to Chimney Vigor Group’s CEOs Henric Larsson and Magnus Sorlander about their new model....

“What is keeping brands awake at night is this constant need to produce more and better content, and unfortunately traditional agencies and delivery systems were never built for that modern need” - Henric Larsson

“From pioneering digital colour correction as early as the 90s to experimenting with VR over a decade ago, innovation has always been at the heart of Chimney’s work,” says Henric Larsson, Chimney CEO. It’s also the driving force behind the move to merge with OneVigor.

The marriage of creative to distribution has the potential to change the industry’s landscape, given that “modern clients likely require a large number of channels for their work across TV, socials, OOH, digital, and online,” explains Henric. This means that the pressure and workload placed on creatives is only growing, as the nature of the industry demands a traditional campaign to be adapted for countless formats and contexts.

Chimney Vigor Group (CVG) is aiming to provide a new way of working, for the benefit of both agency and client. Henric notes that “what is keeping brands awake at night is this constant need to produce more and better content, and unfortunately traditional agencies and delivery systems were never built for that modern need”.

CVG’s answer is Edisen, a platform created in collaboration with brands and creatives which gives an unprecedented amount of control over content. Users can store, manage and distribute their content using Edisen, giving Chimney’s creatives a unique understanding and access to the media and distribution of any given project. Henric recounts how in the past, “you had this antiquated system of getting the file on a memory stick, putting it on a plane and shipping it over all over the world. Our platform totally removes that, giving us complete control in-house”.

For Henric, the technology is a way of responding to clients’ ‘pain points’. “While budgets might not be going up, the pressure to produce higher quality content at mass volume is”. Through automizing content production content and distribution, CVG is aiming to produce more work, at a higher quality, and within less time. It’s a game-changing proposition, and one that’s been a long time in the making.

For OneVigor CEO Magnus Sorlander, the merger had been written in the stars for some time. “You could say that our two companies have been travelling parallel paths for a few years now. This is actually not the first time we’ve looked to merge, but the timing hasn’t been right until now. In the past, perhaps we had our own agendas and the technology wasn’t quite there, but we have come to a perfect intersection now – we’re talking about twice the amount of content on twice the amount of channels, with no additional budget. From a client’s perspective, what’s not to love?”.

Within the broader context of the industry, the merger represents a different kind of innovation from what we might be used to seeing, argues Magnus. “It strikes me that, for many years, it has almost been that adtech has been inventing technologies based not on what we need, but just on what we might possibly be able to invent.”

For Magnus, the curiosity that drives innovation in the industry is important, but needs to be channeled in a more practical way. “I don’t think enough people have been asking whether what they invent is actually solving a problem that we have at hand. What we’ve done here is not just using tech for the fun of it, but using it based on the very clearly expressed needs of the market”.

Giving Power Back to Brands AND Creatives

Despite the focus on clients, the advantages spill over onto the creative side as well. “From a OneVigor perspective”, says Magnus, “I think the quality of the creative work is only going to improve, given that creatives are no longer going to need to spend their time on the delivery side repurposing campaign materials for different territories and markets. Edisen is going to do all of that for them, so they can spend their time using their superpower which is creativity”.

Henric agrees; “absolutely, this isn’t just about external collaboration but internal as well. Our platform is about control for all parties, and I think that puts us in a pretty unique position as a creative studio. A seamless integration of creative, production, post, media and delivery. All on a global scale. Where else can you get that?”.

It’s a view that appears to have filtered down throughout the organisation. “I don’t think I can remember everyone [at Chimney] being as excited as they were for this announcement,” Henric says. “Perhaps the time we opened an L.A. office since everyone wanted to move there and work! But really when we told them the news everyone was on board, because they see that market need for themselves”.

For CVG, this new era of seamless integration is the latest in a long line of innovations. Combining award-winning creativity, production and post with a user-friendly delivery system on a global scale is a powerful combination. And as our industry moves cautiously into an uncertain new decade, it’s also a business model that provides a solid, tangible vision for creativity’s future.

Why Creativity is the New King (and Not Just Content)