Behind the Work
1.0k 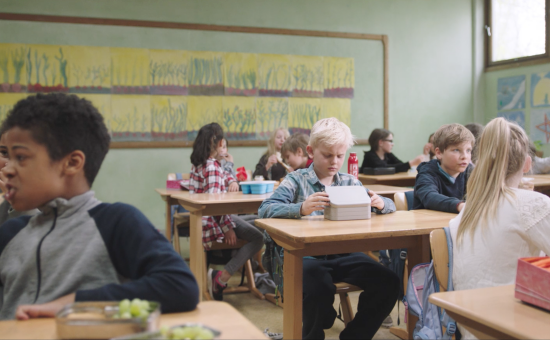 This summer, Kitchen Leo Burnett released a quietly brilliant advert, The Lunchbox, for The Norwegian Directorate for Children, Youth and Family Affairs (Bufdir). Maybe it’s just what we needed in these increasingly fractured and worrying times – what with escalating nuclear tensions and Microsoft killing off our beloved MS Paint - but this simple and well-executed film about children helping each other seemed act as an encouraging reminder of what can be achieved when we come together as a community.

The Lunchbox struck a chord. By the third day, the film had been viewed over three million times on Facebook - that’s over half of Norway’s population - and it was only getting started. Within the first week of launch, it had amassed a whopping 120 million views, and at the time of writing, it’s been seen by 270 million people. So, what’s the story behind this gently persuasive Nordic sensation?  LBB’s Koo Smith talks to Hans Moe, Account Director at Kitchen Leo Burnett, to find out.

LBB> At the heart of The Lunchbox is a simple but brilliant idea. How did it come about?

Hans Moe, Account Director> We were approached by Bufdir to create a campaign to recruit more foster homes in Norway. Our view was that in order for people to consider opening their doors to a foster child, we first needed to open their hearts. For The Lunchbox, we based the idea around the insight that the best solutions are often found in the close community and family relations of the child. Strong communities, where everyone takes responsibility, tend to solve their foster home demands much more efficiently than weaker ones.

LBB> It’s interesting that the narrative of The Lunchbox doesn’t explicitly reference foster care. Why did you decide to go down this route?

HM> We wanted to change the way people think and feel about foster care by positioning it as a local community issue rather than a national government one. Over 40% of the children who need a new home will move into a home near their family or social network. This is important so they can maintain their daily lives at school around their friends and the people they trust.

LBB> Why did you decide to cut out the adults and focus entirely on children in The Lunchbox?

HM> Foster care is all about them, their needs, and their childhood, so we knew from the start that we wanted to take a kid’s point of view. We wanted a setting without adults or government officials that displayed selfless care and demonstrates the power of community. Bringing in the other kids as the solution is a way of showing that. A teacher or an adult swooping in to the rescue in this setting would undermine the whole narrative. 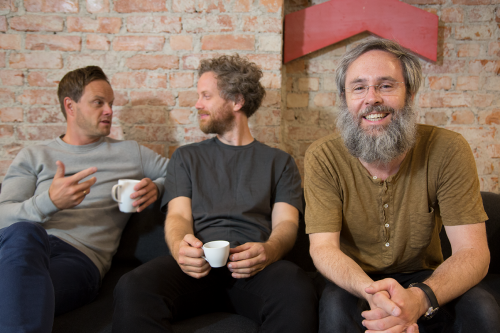 LBB> The Lunchbox has been a roaring success, racking up an impressive 120 million Facebook views within the first week of launch! How has it been received locally?

HM> It’s touching to see that a small video from a small country can spread so fast all over the world. It shows how creativity is beyond borders, and that in a world where fear increases by the day, we all have a need to believe that humanity is still good.

The local reaction was very similar to the global reaction: a lot of emotion and tears. For Norway’s five million inhabitants, the massive number of views has generated a lot of media coverage and speaker opportunities for Bufdir. We also still get a lot of positive feedback from foster children, foster parents, foster home recruiters and even biological parents, who are touched by the story. They say that this film makes them more proud of who they are and what they do.

LBB> Was cross-cultural appeal something you had in mind when creating the advert? Why do you think it has resonated so deeply beyond Norway?

HM> The most important thing we had in mind was to deliver a universal and deeply emotional message that struck as many hearts as we could. Making the story work without sound was crucial to us because the video was designed to go big on Facebook. So, in that sense we planned for it to go viral. The level of viral, however, is a totally different story. We were extremely happy when the video hit three million views after just two days: that’s over half of Norway’s population. After that, it was all a bonus. The film has now been seen by more than 270 million people around the world which is absolutely overwhelming and touches our creative and parental hearts. 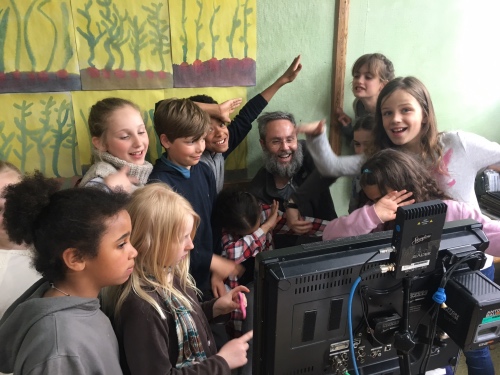 Copywriter Bendik with the cast

LBB> Did you come across any challenges?

HM> Thanks to the extraordinary high view-through rate on Facebook and YouTube, we had the unexpected and very pleasant challenge of tracking all the different instances of the video beyond the Bufdir ecosystem. That took a lot more work than we had estimated because of the sheer speed and scale of shares and coverage, and diversity in media. We’re not complaining though!

LBB> I imagine working with a classroom full of kids was quite an undertaking! What was that like?

HM> Working with kids definitely has its own set of challenges. We only had an hour to shoot with them and they got bored really quickly, so we had quite a tight window to work productively. On top of that, we were also negotiating with their parents who were waiting to pick them up. So, with all that in mind, it’s really satisfying to see how much footage actually made it into the video, and how well the campaign has been received.

We’d like to say a big “thank you” to every foster home in Norway. 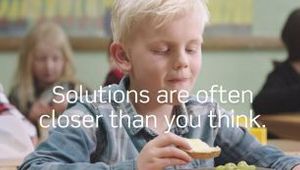 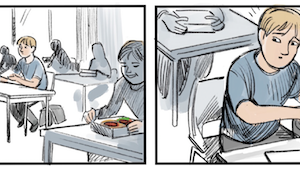 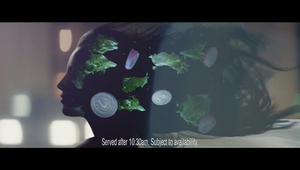