How to Take a Startup from Seed Phase to Industry Leader 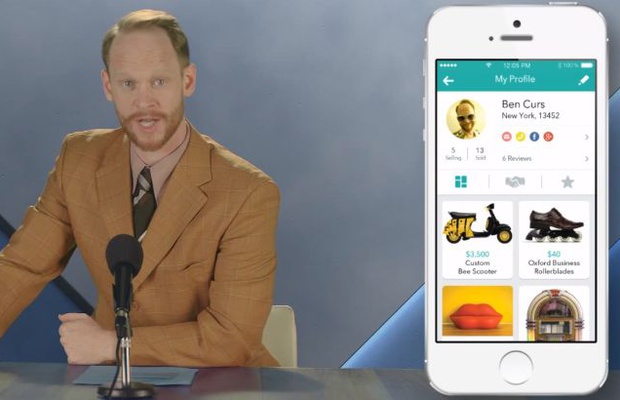 Drop&Vase is a creative agency based in Barcelona. The agency is renowned for its fresh and creative style and works with prominent mass consumer brands including Danone, Samsung and Puig Fragances. The agency also boasts to have some of the most successful global startups in its portfolio.

Below, creative directors and founders David Freixanet and Ana Vida look back at some of their favourite campaigns the agency has launched for startups.

The first campaign for buying and selling app Wallapop, ‘walla-walla’, positioned the brand as the new second-hand magician that would change consumers’ mindset in a dull and outdated industry. The surprise of finding something incredible and bringing a music video to Spanish TV - to which people weren’t used to watching five years ago - caused a server shutdown due to the large number of Wallapop downloads. In less than a week, we took Wallapop to the top 5 in Apple Store. Less than two months later, we were travelling to NY with the Wallapop team in order to prepare the US prime time campaign. This year, we received the National Catalonia Award in the category of advertising, a recognition outside of the creative festival circuits. It is an institutional recognition for a 5 year track-record.

Glovo was one of our most successful and global campaigns. We’re already preparing the second one, which will travel around over 20 countries and different continents. Working with the Glovo team entailed a strategic exercise and we measured effectiveness from second 0 to 20. It was a tactical brand construction project of high international exposure.

The Badi story was similar to Wallapop. We were there by the client from the seed phase, in a very competitive context. After the first TV campaign (Spain and the UK), we managed to appear in the top 5 of Apple Store and became industry leaders, transforming it. We are now preparing the new Badi campaign, which will be launched in May 2019.

From seed to monster. That was the transformation spurred on by the first campaign we did for 21 Buttons. It is now a startup made up of 200 people and they’re opening offices all over the world. With them, we were able to experiment and show our most fashionable side. We’ve worked with some of the most relevant influencers and with high-profile creative talents such as director Chloé Wallace for the first campaign and Ana Sting for the last one. Their next campaign is already on air in Germany and will air in the UK, France and Spain in April.

We love rebranding. We love starting over. We were able to create the next brand image for Puig (Carolina Herrera, etc.). Pacha Ibiza was a vibrant campaign. We relied on top influencers in Spain and magical locations in Ibiza. We created a fresh and renovated image in order to reconnect with the millennial audience, who value experiences over luxury desire, as the previous generation did. Ana Vida, creative director, commented: "Many consumer brands come to us when they don’t know how to preserve their essence while reconnecting with a certain audience. That’s something we’re very good at, and our clients are aware of it."

Creative director and founder David Freixanet comments: "Barcelona is a great cradle for startups and we’re proud to take part in launching them. We’re glad of having been there since they were in the seed phase until they opened up to the global market. Some of our clients are now giant. We’ve seen them grow. Many of them were made up of a few energetic and enthusiastic people in a co-working space when we started working with them. Now most of our clients have over 400 employees and offices in more than 20 countries. The adrenaline rush is indescribable, we’re hooked on it."

Creative director and founder Ana Vida said: "That's the most fun part, creating something from scratch when the challenge is bigger, when we still have everything to do. There aren’t any products or users in their apps, they are less competitive than their industry’s elders, and nobody knows them or really understands what they do and what they’re for. Apps are a great challenge requiring a great deal of empathy from the user. It’s not about yoghurts or cars, which is something that everyone knows. The scene may be different in 10 years’ time, but apps are still complicated for some of the population. In less than a week, we took Wallapop to the top 5 most downloaded apps. Two months later, we were travelling to New York with the team in order to bring it to the US market thanks to the arrival of investors. We’re living fast and intensely; there’s more to this adventure than just the spot that you watch on TV."