Park Village takes us behind the scenes on a powerful campaign 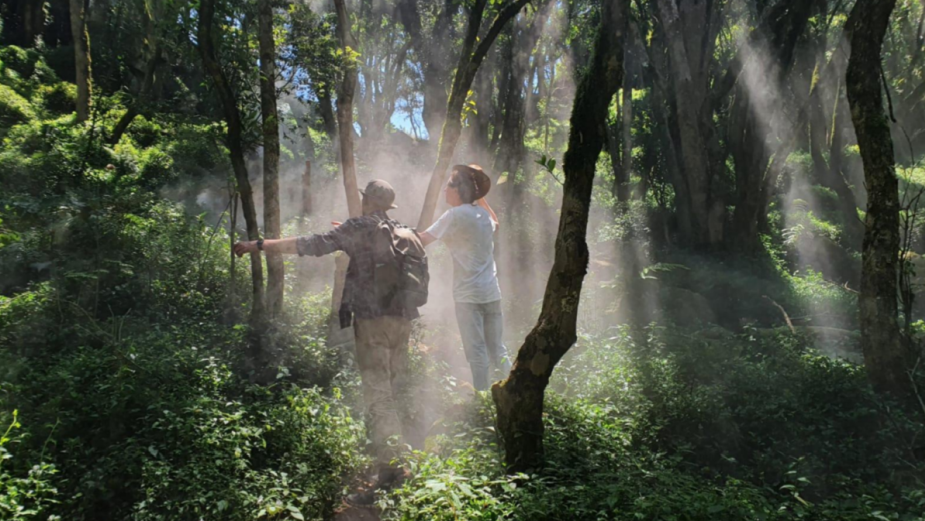 Studio Birthplace (founded by directing duo Sil & Jorik) are a creative studio dedicated to improving awareness and inspiring change across a multitude of ecological and humanitarian issues. This unique collective of filmmakers and technologists combine an array of visual talents, from breathtaking cinematography and high end VFX work, to AR and mobile gaming, in an attempt to shine a light on the climate crisis and marginalised communities in the most remote corners of the world. Studio Birthplace and Sil & Jorik are exclusively represented in the UK by Park Village.

Q> How did the collaboration with Woolmark come about?

Sil> When we made the film Wasteminster for Greenpeace UK, where we visualise the amount of plastic waste the UK exports to developing countries every single day, The Woolmark Company reached out to us. They approached us with a brief that focused on highlighting the impact of synthetic fabrics and shining a light on the benefits of wool.

Jorik> We asked our UK production company Park Village to produce the campaign and they brought in agency 20Something to create the overall strategy. We worked together collectively throughout the entire process.

Q> Where did the initial idea come from? Can you tell us about the process from inception to execution?

Sil> 20Something started out with a very methodical approach and focused on in-depth research about the materials and material perceptions of our clothes. From that rose several key findings that were tested on test groups. We learned that the data fact 'synthetic fashion uses a million litres of oil every 10 minutes' was the most hard-hitting. We also learned that people resonated with the fact that all synthetic clothes are made from oil, and the sensation of feeling oil on their skin.

Jorik> We explored how to bring the data fact to life in the most arresting way. We landed on the visual seen in the film: an Olympic sized pool filled with oil which is used for the production of synthetic clothing, every 25 minutes. We wanted the talent to submerge from the oil and struggle to reach the side of the pool, where they emerge and transition into wool. 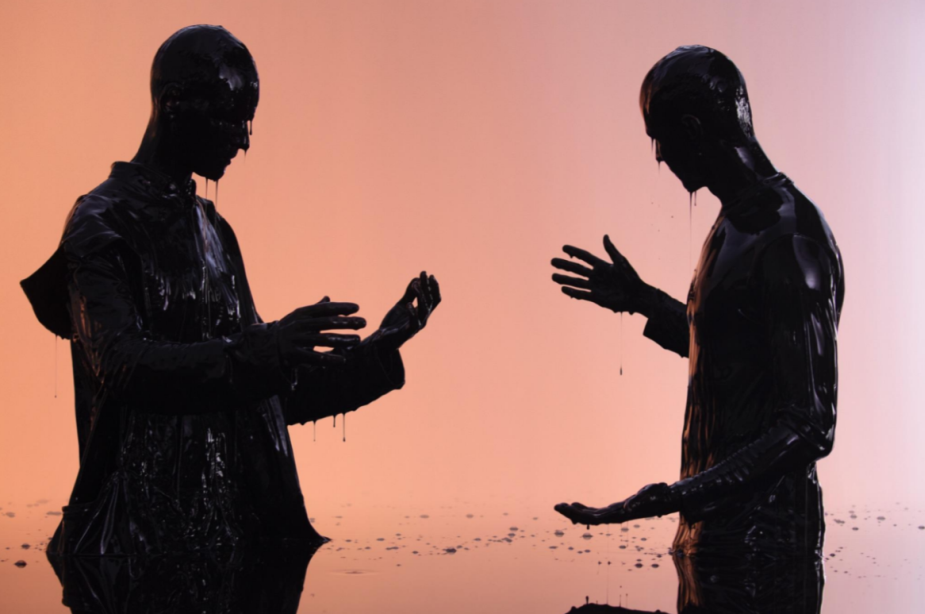 Q> At a time where the fashion industry is being criticised for their role in ‘fast fashion’ and sustainability, do you think more brands should be challenged in their advertising and be held responsible for their messaging?

Sil> Absolutely. But maybe we should zoom out a bit, because it's not just about the fast fashion industry. This is a story about everything and everyone.

That's how critical the time to fight for our future on our planet really is. Scientists are ringing the alarm bells, why are people not listening? Maybe because as long as business continues we choose not to care? Maybe because the inevitable floods and droughts haven't reached our door steps yet? This is not just about fast fashion brands that have to be held responsible, it is literally about all of us. We all have to look inwards and improve how we operate, produce, transport, and consume.

The time for pretending to be good is over. We have no more time for lies, minimal efforts and greenwashing. The word 'sustainability' alone even lost its meaning, because what are we trying to sustain?

What we need is real transformation. Before brands say they are doing the right thing, they actually have to do it first. They need to move to a circular economy and operate climate positive. And they’ve got to do it fast. 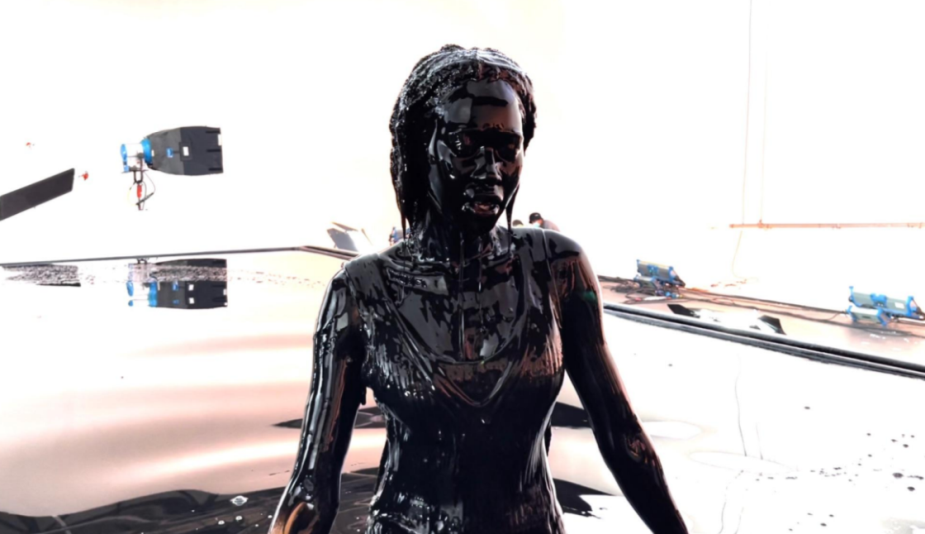 Jorik> It's sad that we have to hold others responsible for their messaging. We need a different mind set where everyone is taking responsibility for themselves.

Don't pretend to be. Be. Don't say you do. Do. After that comes messaging.

Q> Do you think driving awareness to consumers about the hidden impact of synthetic fabrics on the environment in campaigns such as “Wear Wool, Not Fossil Fuel” will spark change?

Jorik> It's impossible to say what the effects of an awareness campaign will be. Contributing to shifting the global mind set on how we consume and the invisible stories attached to products will create more consciousness. The hope is of course that people will act differently and make better choices.

Q> As directors you strongly believe in making work that you are passionate about and with partners that aspire to tackle ecological and environmental issues. How do you find these partners given the amount of ‘greenwashing’ these days?

Sil> It is really hard to find partners who legitimately care in the commercial space, where money and profit are top priority. It's probably why we collaborate so much with NGOs and music artists, where the priorities are intrinsically about the message and art.

Jorik> Luckily, new partners are finding us, and without exception, all these collaborations are really positive. I guess when you are fighting for the same things, amazing connections can be born. 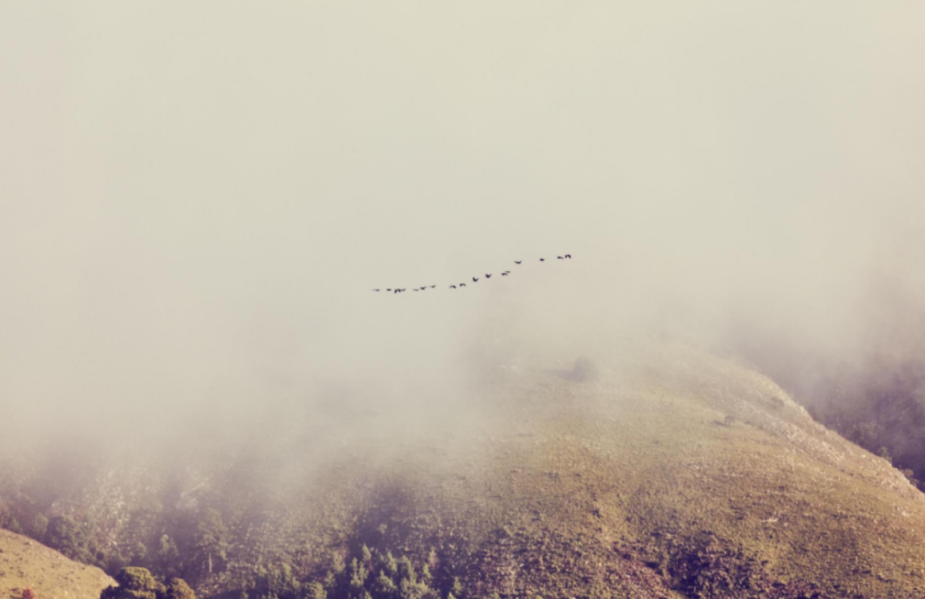 Q> Studio Birthplace is known for visualising data in commercials alongside high end CG like Greenpeace’s “Wasteminster” and “Humanity’s Impact”. Can you tell us more about the VFX process involved with this particular campaign?

Jorik> The Woolmark film went through an elaborate pre-production phase where we created a full CG previsualization of the film together with Dead Pixel in Amsterdam, to understand many of the challenges before going into full scale production.

The Special Effects team MXFX in South Africa then built a custom 6x6 meter pool that was filled with 36,000 litres of fake oil, created from a mixture of water, food thickener and edible children's paint.

Sil> Lighting the pool was a significant challenge as the black liquid filled pool essentially acted as a big mirror, reflecting everything visible in the studio. Testing several studio setups in 3D allowed us to explore which options suited the nature of the project best, and solve these challenges before stepping into the physical studio. Based on this research, it was decided to build a white dome over the pool that was lit to match the nature plates that were previously shot on location.

Jorik> Dead Pixel then extended the studio pool to a full-size Olympic pool, enhanced the environments that were shot, created digital doubles of the talent to interact with the digital oil simulations, and created several oil drip simulations.

Q> What’s next for Studio Birthplace?

Jorik> We're working on a very urgent and important project in South East Asia at the moment that we hope to extend into a global campaign. But we can't say much about it yet!