How Agencies Can Win With Transformational Women Leaders 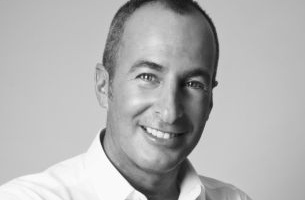 In a world where there’s a shortage of transformational agency leaders capable of delivering sustainable business success, why are only 3% of ad agency creative directors globally women? And only one female global CEO of a major network? The position is even worse for women from ethnic minorities.

Leadership is the key determinant of business success, and there’s a chronic shortage of effective leaders in the creative agency space. And yet the shortlists for these leadership roles continue to be drawn from the same gene pool of male talent. Why?

My sole recollection from the philosophy module of my degree at Oxford was the difference between priori and posteriori knowledge. That is, stuff you’re born with (nature) versus stuff you learn (nurture). In my 20 years in executive search, I have never pitched a role to a male candidate whose response has been to question whether he is ready to step up. And yet I have often pitched roles to female candidates who were eminently qualified and who nevertheless asked me whether I was sure that they were up to it.

Are men born to believe that they can do anything, or are they raised to believe so? It may be a generational issue, but women who are currently 40-plus do not exhibit the collective confidence and ambition of their male counterparts. This is to some extent a societal issue, but it has been massively reinforced by agency leadership and agency cultures. Agencies need to install drivers that give women a completely different set of expectations at the start of their careers.

A burden of responsibility also falls on the small number of women who assume leadership roles. Historically, of the handful of women who have been either global or North American CEOs, most have climbed the corporate ladder only to pull it up behind them and use it to beat down other women in the organisation. They suffered from Margaret Thatcher syndrome—surrounding themselves with men and rather enjoying their queen bee status.

They may have had a female chief talent officer or female chief strategic officer, but their leadership teams were predominantly male and they perpetuated the male leadership model. And if the agency world is dominated by male CEOs, their global or North American CCO partners are, with just a couple of exceptions, all men as well. Female rising stars who quit work for a few years to raise a family have, by and large, been deprived of the opportunity to recapture the momentum in their careers. Indeed, on many occasions the careers of women on maternity leave were sacrificed to deliver a promotion to a less talented male colleague who had forced his employer’s hand. There’s been a historical default position of men promoting men.

While there are no women leading a creative agency network, and only two leading significant North American groups, there are more female leaders among the top advertisers in the U.S. The Fortune 500 employ about 50 female CMOs or SVPs of marketing in an obvious acknowledgement that the vast majority of purchasing decisions are made by women (even if the product or service is for men).

In summary, I don’t want to be producing all-male shortlists for these key leadership roles in years to come. I want there to be a richer pool of leadership talent and for creative agencies to be able to leverage the largely untapped pool of talented women.

One bright spot to be hopeful about is the role of technology in blurring the lines between professional and personal. The trend should continue to make it easier for women with families to work more flexibly and be on top of the business without necessarily being at their desk. As a man, I can’t truly understand the conflict that arises for some women when they make the decision to delay their career to have children. However, as the CEO of the world’s biggest provider of senior talent in the agency space, I know how difficult it is to find transformational leaders.

If agency cultures help create a different set of expectations and drive a different set of behaviours among women (and men), and we make it easier for women to resume their careers and fulfil their professional potential, we will have a richer pool of leadership talent in the future.

Gary Stolkin (@talentbusiness) is global chairman and CEO of The Talent Business.

More from The Talent Business

The Rise Of The Chief Strategy Officer

The Rise of the Chief Production Officer