Honours or Husbands? The Tough Choice of Indonesian Women 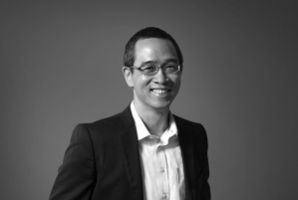 With the inception of the internet, social media, and smartphones, one might assume that Indonesia’s society is progressing to a modern one that challenges traditional norms. But boy oh boy, was I wrong. That inspired me to write my third book, which focuses on ‘girl’ empowerment and the progression of women in Indonesia – a rather unusual choice of subject given that I’m a man.

For well over a year, I have been active on a social medium platform called Ask.fm. This platform has eluded most of Generation X, even those who work in the digital communication industry. While Twitter and Facebook have shown stagnation of new users, younger Indonesian netizens in their teens have been flocking to more interactive social media platforms like Snapchat and Ask.fm. Ask.fm -originally founded in Latvia and now headquartered in Ireland- has captured a legion of devout users in Indonesia, a mostly young population of 250-million. While there are no official figures, we can approximate its influence from the statistics of “celebrities” on the platform. A single such Indonesian celebrity’s account collected more than 16-million likes for her answers.

Unlike most social media platforms where users can initiate a post, Ask.fm users must first respond to questions that they are asked. This results in a highly interactive two-way platform. Users are observed to cluster together around shared interests - from make-up tips to religious debates.

Work first led me to join the platform - as a strategic planner, I constantly need to keep my finger on the pulse of popular culture and where the young people are.

The initial professional motivation quickly turned into a personal passion project when I started to receive questions that do not seem to belong to this century including:

“I was told that women should give up higher education because they will end up ‘in the kitchen’ anyway. Is it true?”

“My teacher told me that women should not do Master’s degree, or she will risk not getting a man to marry”

Initially, I was shocked to receive these questions from Indonesian female teenagers. Here are the young Millennials perhaps even Generation Z, who live, breathe internet and social media, yet their questions feel so backwards, at least to me.

The shock quickly transited into anger –despite the fact that I’m not female, nor a millennial. Beyond the obvious gender equality issue, from a more pragmatic perspective, what a waste of human potential! To imagine people giving up their education because they believe they are predestined for ‘the kitchen’ was shamefully wasteful. What’s even more intolerable to me was how women were voluntarily “making themselves appear dumber” just to secure husbands - all of these happening against the backdrop of a fast-growing economy in the 21st century. It was too much for me to bear.

I did not hide my feelings in my replies to these questions. I emphasised how women MUST pursue higher education, regardless, to ensure their independence and ability to support themselves should the need arise – for example in the event when marriages fall apart (polygamy is allowed in Indonesia). In this way, women will not fall victim to failed marriages or a change in their circumstances.

With regards to the notion that educated women “scare off” men, which in turn affects their marriage potential, I could not defend this as it is sadly a reality in the male chauvinistic society of Indonesia. A majority of Indonesian men tend to feel insecure and intimidated by women who are smarter or more educated than them. A ‘smart’ woman will therefore be disadvantaged given that men have many other more obliging and ‘non-threatening’ options to choose from. Having said that, I remain hopeful that there are Indonesian men out there who feel the same as I do and are keen to see a change.

What I did instead was to try and help my female followers see the situation differently. Imagine a world where women collectively agree on the value of a higher education and the need to pursue it. This will no doubt turn the tables on the men, creating pressure for them to step up, upgrade themselves or risk not finding a suitable mate. Wouldn’t that be an ideal scenario, which will ultimately lead to the progression of the society?

Realistically speaking, while the above scenario may remain a pipe dream and will probably not happen immediately, it does not mean we shouldn’t try and start to effect a change in the right direction. Women limiting themselves for the sake of men is detrimental to the society as a whole. On the contrary, the progress of women and pursuing education collectively do not only elevate one gender group, but the entire nation.

What started off as my ranting over questions I considered ludicrous, turned into something bigger. My answers garnered thousands of ‘likes’ in a short time and I received supportive comments from many young women who shared that it was rare to hear support from a man for women’s higher education.

More questions surfaced from this topic - to which I happily obliged with my responses to further the discussion. What heavily guided my thinking and responses was putting myself in the role of a father giving answers to his own daughter. Eventually, some people advised that I turned my writings into a book, to make it even more accessible for people. The idea of “The Alpha Girl’s Guide” was thus born.

With self-help books a dime a dozen on the stores’ bookshelves I decided to borrow the concept of Alpha Female, and dissected what positive traits of independent, smart, successful women are and from which female teenagers can learn. Through many interviews I conducted with career women, wives and mothers, I tried to understand the common patterns across this amazing group of individuals. Perhaps not surprisingly, many displayed ambition from an early age and possessed a balanced and healthy view on relationship where they believe that the right partner must be compatible with their dreams and goals.  They also mostly had parents who supported and fanned their flame for bigger achievements.

Although the book was born as a personal passion project I pursued in the midst of my full-time day job as Head of Strategy for Leo Burnett Indonesia, I’m heartened to share that it was met with enthusiasm. Following two weeks on the shelves, it went for a second printing, while the e-book made it to the Top 10 Google Play Books Indonesia. Still, personally, the biggest reward came in the form of readers’ thank you notes, as women no longer see that they need to choose between honours degrees or husbands.

Henry Manampiring is currently the Executive Director of Strategic Planning at Leo Burnett Indonesia and author of “The Alpha Girl’s Guide”.

Cathay Pacific is Keeping Chinese New Year All About Family