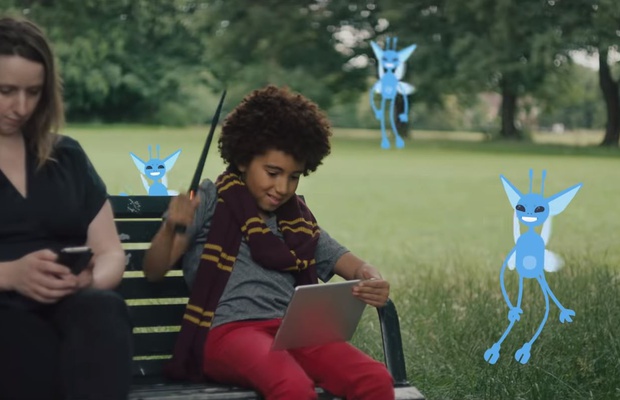 Eclectic has created the music for the highly-anticipated new Harry Potter coding kit by Kano, which launches today. Eclectic scored the launch film and created all in-app music. Its sister company, audio post-production facility, Bark Soho, created all of the sound design for the app.
Kano teamed up with Warner Bros to create a Harry Potter-themed educational platform that allows anyone to learn to code through simple steps and engaging experiences. Playable on tablet and computer, the Harry Potter coding kit allows users to build their own codeable wand – a world first – and embark on their own Hogwarts learn-to-code adventure. Users will get to experience iconic scenes such as getting their wand from Ollivander’s, receiving their Hogwarts acceptance letter, as well as learning spells, solving mysterious puzzles and playing games with their favourite characters.
Eclectic produced the bespoke soundtrack for the app and for the one-minute launch film. The team created different moods within each track to complement various settings users visit within the interactive map, from Hogwarts to Diagon Alley.
Eclectic’s Head of Music, Andy Rogers, comments: “Instead of just using a piece of existing music on this app, the team at Kano decided to go the extra mile and get something unique and bespoke composed. After several in-depth meetings, we all agreed on a musical score that holds the user’s hand as they journey through the Harry Potter landscape. It had to have a bit of everything: mystery, wonder, intrigue, and a bit of darkness. We worked very closely with our long-term friend and composer Stuart Hancock, who is second to none when it comes to producing an incredible orchestral score. It’s always an interesting challenge when you approach something new like this, and our whole team really got behind the look, feel, and sound of the product. I’m sure it’s going to be a great success and we look forward to working on future projects with Kano.”
Aaron Hinchion, Creative Director at Kano, comments: “What can I say about Eclectic? Working with them has been a pleasure, and what they have created for us makes my spine tingle and brings a smile to my face whenever I hear and create with the music. We had a few interesting challenges of not only making a product by a small team play in the big leagues, but creating music and sounds that work in marketing and in a product where beginners can code and create with it - making their own mini compositions, bring creatures and scenes to life - all controlled with a wand. The music that was created feels big and bold and makes me proud to be part of this project. It has the right balance of feeling like Harry Potter, but with a new twist and spin on it for Kano. And the amount of amazing sound effects also created has helped elevate our new coding kit to incredible new heights. Eclectic has helped change how the product works, how we talk about it, and set the quality bar of the rest of the work we do that little bit higher.”
Composer, Stuart Hancock, comments: “I started out trying music that was indeed faithful to the orchestral soundworld of the Harry Potter film scores, including composing some versions that incorporated the celeste notes of John Williams’ iconic ‘Hedwig’s Theme’. But it became clear that the Coding Kit - being such a unique and playful product - really needed its own musical identity that could capture the sound of ‘coding your own magic’! So, for the ‘hero’ music, we shifted the tone towards having an excited, upbeat, slightly stompy feel – and blended the orchestra with quirky synth sounds that might match the digital coding activities integral to the kit.”
Bark Soho created a consistent library of sound effects for the creatures, characters, spells and wand movements in the app. Each spell had to have its own unique character whilst keeping the audio consistent to enhance users’ immersive learning experience. The team had to strike the right balance between the audio having a likeness to the films whilst also incorporating an additional tech and game edge.
The Harry Potter coding kit is now available to order on Kano’s website. The launch film is live on Kano’s YouTube channel.