Grading: It’s Not All About Colour 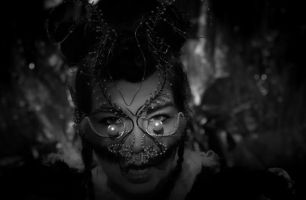 When it comes to grading, you’d be forgiven for thinking it’s all about utilising the full spectrum of the rainbow to enhance an image. Generally, colourists have three things to work with: colour, contrast and texture. So how do you approach a film when one of them – your job’s namesake – is taken away?

For a regular full-colour project, colour contrast is used to help separate the image. When that’s not available, a colourist needs to replicate that depth through tonality. As Time Based Arts colourist Jack McGinity puts it, “You need to find a way to make it feel like the image has a natural distance without the normal way of doing it. The foreground should always be more contrasted than the background, for example.”

To Heckler’s Greg Constantaras, it’s like starting a project with a handicap – a colourist’s usual tools, with which they use to create emotive images, have been removed. “So, where we lack in the use of colour, we make up for in other ways. This is a chance to look elsewhere to achieve amazing results, which is very refreshing.”

“I think the expectation is to make up for the lack of colour by attacking the contrast and texture more aggressively,” says Cheat’s Joseph Bicknell. “But the amazing thing about black and white films is that they can achieve such different things from colour images. I often reference photography greats like Henri Cartier-Bresson and Ansel Adams as they really took advantage of the medium.”

When grading for black and white, BAND's Adriano Mestroni prefers to start from the coloured version to make all the masks and zone manipulations first. "Once I have achieved a good result I begin to evaluate the colours obtained to be used in case they were used in the black and white image as latent information, that can be lightened or darkened with keys."

One of a colourist’s main jobs is to visualise emotions and moods – colour can be used to convey warmth, cold, positivity or drama. With black and white images, there’s light or no light. According to Glassworks’ Daniel de Vue, that's what makes it such a powerful storytelling tool. “It’s an interesting format. Elegant and timeless -  it allows you as a colourist to play with light in a different way to colour. What’s visible and what's not visible becomes even more important to direct the eye.”

From Colour or From Monochrome?

Grading black and white from colour footage is a whole different ball game than grading straight from monochrome footage to black and white. The secret benefit of working in colour to black and white is that you can use the colour information for other purposes. Alter Ego’s Clinton Homuth notes that this comes in handy when dealing with a palette of limited value (light and dark) and the colourist wants to stretch that out to have a richer image - or perhaps to flatten the elements that are too far apart in contrast. “This is much easier with saturation and hue information then it is with just value,” he says. “Your hands are a bit more tied when grading straight B&W such as B&W film or monochrome RED, but perhaps that is a good thing when working in a luminance only world.”

When grading film shot in monochrome, you only have the black and white with grey in between, so a colourist must create shadows and pools of light to focus the attention on certain areas and create the mood for the piece. “Creating the right contrast levels, the black density and whether you have soft defused highlights or have harder highlights are key to setting the right overall tone for the particular piece,” says UNIT’s Head of Colour Denny Cooper.

When we see a black and white picture, we see each colour only through its brightness. According to Jogger’s Yoomin Lee, this means there’s a few key differences when grading for black and white, though she still starts the grade in full-colour, balancing and matching between shots. Yoomin explains that this groundwork is still very important to make sure that all the shots are consistent. “After that, I desaturate the image to black and white, then continue to work on the contrast back on the full-colour picture.”

But before desaturating the picture (to make it black and white) Coffee & TV’s Simona Cristea notes that it’s particularly important to pay attention to the hue. If there’s a red or a yellow hue to the colour image, it can be left looking flat.

So, does the lack of a whole spectrum of colours make the grade tougher? Vic Parker, colourist at London-based VFX Studio Raised By Wolves, doesn’t think so. “In some respects, a black and white film is much simpler to grade than colour as you aren’t required to match colours and skin tones that could change according to the lighting. However, it does require an alternative sensitivity to how dense the picture may be and the subtle tones of light that can either detract or add overall drama to the film.”

Freefolk’s Duncan Russell also points out that while you don’t have to worry so much about matching and clashing colours, it’s vitally important to know why black and white has been chosen for the project. “Once you know if it’s a period piece, mimicking certain technology or referencing a particular era, then you have a good starting point.”

Jack McGinty points to films such as Ida, A Field in England, The Witch and The White Ribbon as three great examples. “What do all these films have in common? They are all based in the past. So you can use it as stylistic device to show age of setting.  If I think of black and white films I think of film noir and nouvelle vague. Both used unusual techniques to make the black and white feel new and different but now we are using it to hark back, to lend legitimacy to the narrative.”

Simona concludes that although films are very rarely shot in black and white nowadays, if you look back across some of cinema’s classic black and white films, or classic campaigns for high-end brands, it’s hard to argue that the best image results weren’t achieved from actually shooting on black and white film stock. “That’s not to say that with the incredibly powerful toolkits we colourists have available to us now, we don’t get very close to those looks!”

Bastille 'Give Me The Future'
View all Work