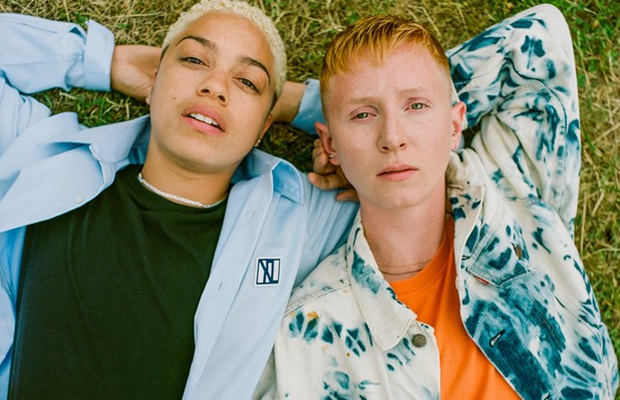 London based duo NIMMO are back with their new track ‘Place to Rent’ taken from their latest album ‘The Power’ which was released independently this summer. A highly catchy song, with an infectious chorus and a driving bassline, features excellent vocals from the duo. Band members Sarah Nimmo and Reva Gauntlett, previously signed to Sony, decided a few years back to leave the label, to 'do it on their own', and release their album independently, which has given them the flexibility that they needed.

With the release of his anticipated debut solo record, ‘The S.L.P.’, in August Kasabian mastermind Serge Pizzorno aka, The S.L.P. has released his new single ‘((trance)).’The fourth track to be taken from ‘The S.L.P.’ ‘((trance))’ is a delirious end-of-the-night, sun-going-down anthem. Speaking of the track Serge said, ‘there’s a kind of French sophistication to it, it’s quite laid back, but it’s still got an ending that’s huge and euphoric and anthemic’. He continues ‘It lulls you in. It doesn’t really want to be an anthem, it wasn’t really supposed to be, but somehow, I got to the end and thought ‘this is huge.”

Tiësto has released his latest single ‘God Is A Dancer,’ featuring the UK pop star, Mabel, through Casablanca Records. A slice of modern pop mixed with a touch of house rhythm further places the Grammy-winning, platinum DJ closer into the contemporary music space. With a bubbly melody mimicking a Trinidadian soca rhythm, the track allows Mabel’s voice to resonate with the listener alongside an Island swing to complement her grooving cadence.

Music to Listen to in January 2020